5 Signs of Spring on the Farm 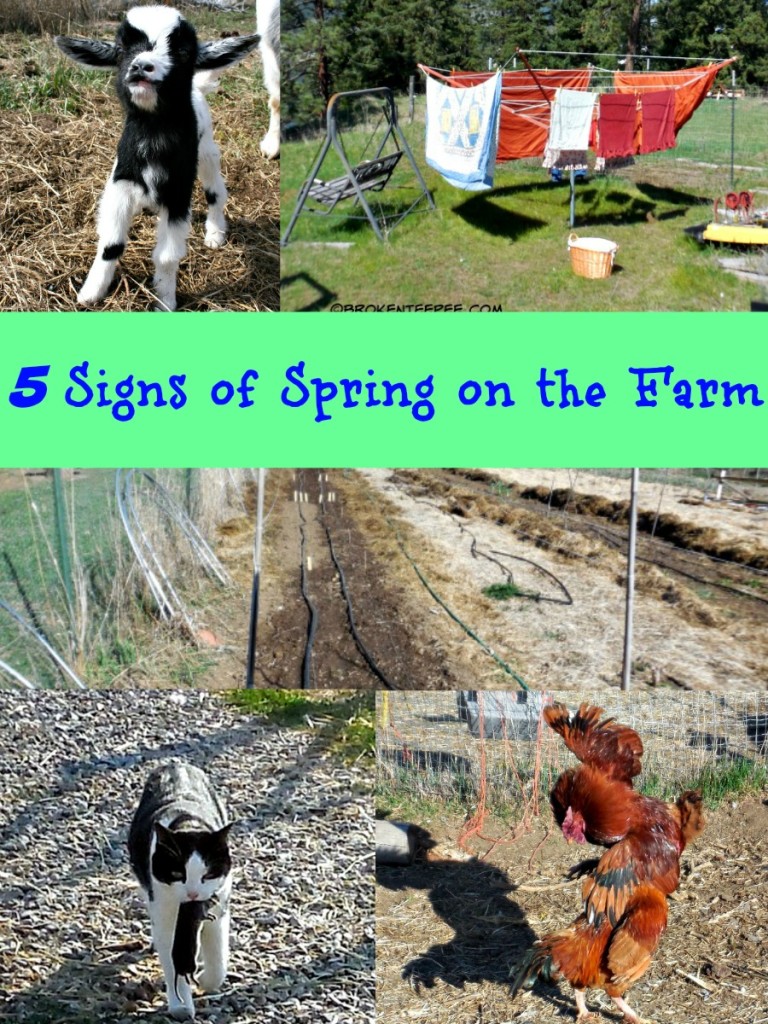 The weather has finally turned a corner and I think Spring is here to stay. Of course, now that I’ve typed that it will probably snow this weekend. If there is one thing I’ve learned about living here – Mother Nature don’t follow no rules! The first year the hubby put in his garden we had 4″ of snow on June 4th! This year has been very odd; there has been very little snow and there were quite a number of sunny days for winter. In my experience as a Montanan the sun disappears around mid-October and doesn’t come back in full until late June. The Winter is just a world of grey. This year saw 70° weather in January with more sun than grey. Then it snowed for Easter. *sigh* But now it seems that Spring is here to stay – how can I tell? Here are 5 signs: 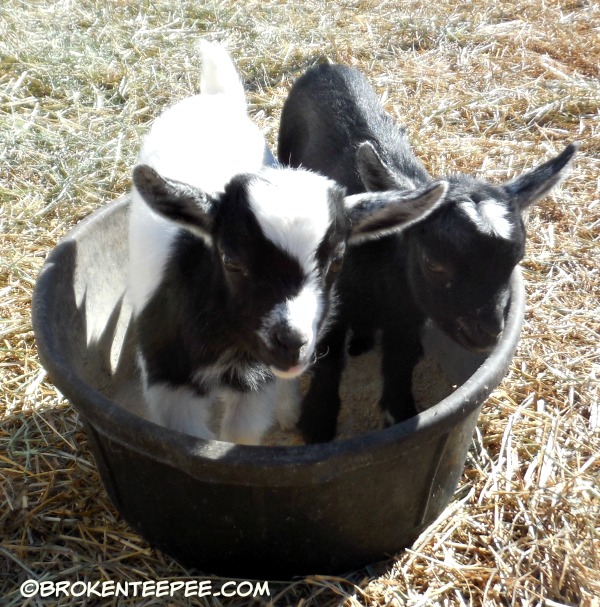 Kids: Spring is kidding season – well, one of the kidding seasons. I also have kids come in the Fall. But Spring brings the first of the kids for the year. I’d usually have two goats pregnant but AbbyGoat went into retirement due to her age and the problems she had with her delivery last year so it was only Bernadette this year. She of course had Jen and Debbie the goats. 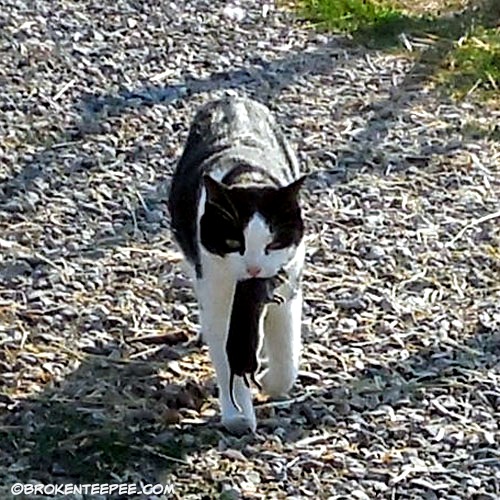 Hunting Season: Not the kind you think – that comes in the Fall. This hunting season is Harry the Farm cat’s favorite time of year! He goes out and does what he does best – kills gophers. The hubby appreciates this because the gophers eat his carrots and beets. Even with his wonky paw from being hit by the car Harry is back to being an excellent hunter. 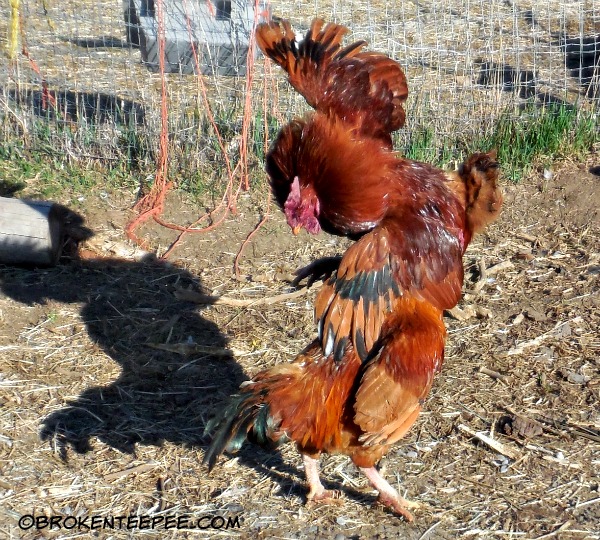 Crazy Roosters: Stupid birds start attacking each other. Every Spring they need to prove that they are “the bird.” They will fly at each other until both are bleeding. I have to get between them and make sure they remain separated. Needless to say I have a chunk taken out of one shin. Stupid birds. 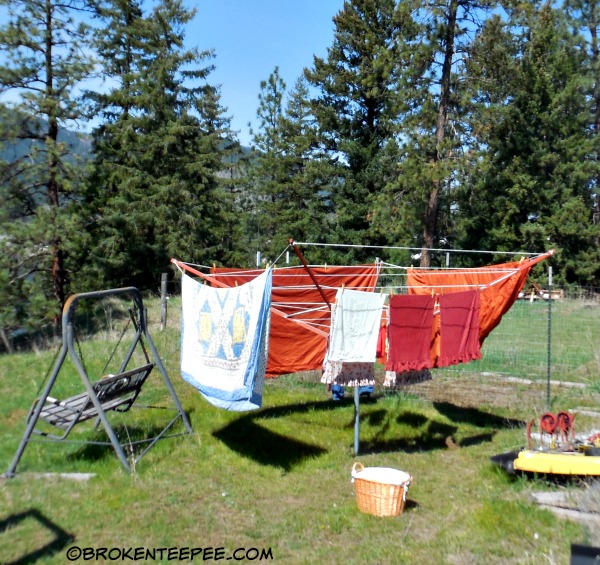 Hanging the Laundry: I love, love, love hanging the laundry out on the line. To me there is nothing like the smell of outside on my clothes. I also relish the feel of a towel that was dried in the sun. I am beyond thrilled that hanging out season has begun! 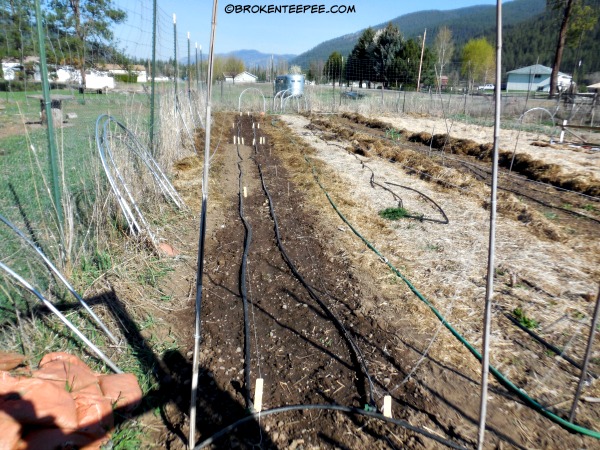 Planting: I’ve written about the hubby starting a potato garden. He also started working on his vegetable garden this weekend. He started one row. I’ll have a post on it later but he planted spinach, lettuce, carrots and beets. It will be a busy few weeks in the garden as he gets everything in. I’ll be detailing it all as time goes by. It will be wonderful to have fresh lettuce again! 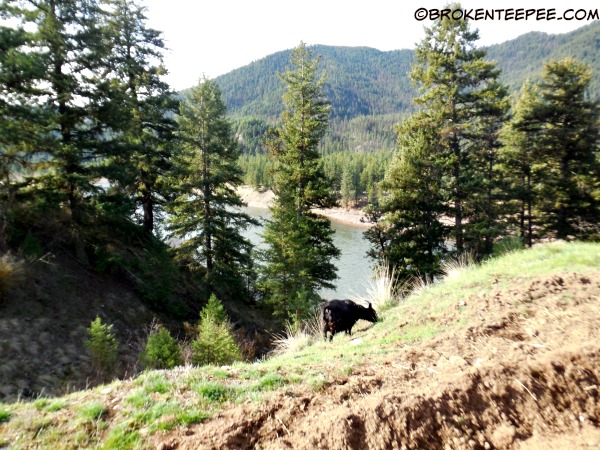 Bonus #6 – Grazing Goats: This time of year I let the goats run loose on the lot and eat the weeds and grass. They can’t completely keep up with what grows but it is good for them. They have a goodly supply in their pens but you know how goats are – the grass (and weeds) is greener on the the other side of the fence! It also gives me some down time as I sit and watch them. They are an endless source of entertainment.

What are the signs of Spring coming to where you live?