A Hangman for Ghosts by Andrei Baltakmens – Book Review

I always jump at the chance to read historical fiction books based in Australia. I thank Historical Fiction Virtual Book Tours for sending a free copy of A Hangman of Ghosts by Andrei Baltakmens at no charge for my honest review. 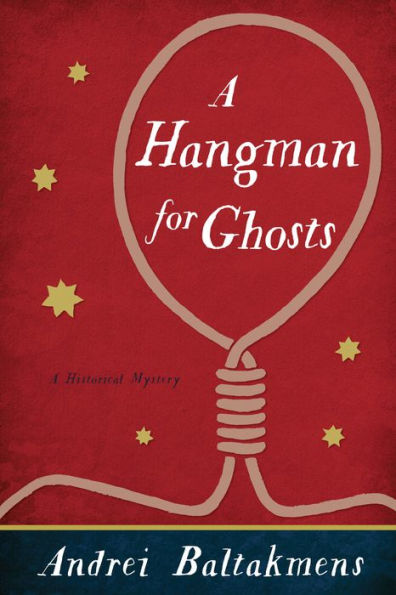 About A Hangman for Ghosts:

“We are transported. We are consigned to the ends of the Earth. And we are therefore as good as dead to the realm and its judges. There can be no hope of reprieve…”

Gabriel Carver, the convict hangman of Sydney Prison, knows that none of his kind may depart Australia’s penal colony without the system’s leave. Then three people are murdered, seemingly to protect the “Rats’ Line,” an illicit path to freedom that exists only in the fevered imaginations of transported felons. But why kill to protect something that doesn’t exist?

When an innocent woman from Carver’s past is charged with one of the murders and faces execution at his hands, she threatens to reveal an incriminating secret of his own unless he helps her. So Carver must try to unmask the killer among the convicts, soldiers, sailors, and fallen women roaming 1829 Sydney. If he can find the murderer, he may discover who is defying the system under its very nose. His search will take him back to the scene of his ruin—to London and a past he can never remake nor ever escape, not even at the edge of the world.

Andrei Baltakmens was born in Christchurch, New Zealand, of Latvian descent. He has a Ph.D. in English literature, focused on Charles Dickens and Victorian urban mysteries.

Since 2004, he has lived in Ithaca, New York and Brisbane, Australia, where he recently completed a doctorate in Creative Writing at The University of Queensland. He now lives in Palo Alto, California, with his wife and son, and works for Stanford University as an instructional designer.

I will be the first to admit that my knowledge of the history of Australia is limited. I was aware that Britain shipped her convicts out to either work as indentured servants or to prisons so as to relieve overcrowding. A Hangman for Ghosts tells of some of those who were subjected to this treatment, one of them being the titular hangman.

Gabriel Carver worked as a hangman for the Sydney Prison. He volunteered for the job and took it very seriously – and he did it well. One day he was passing through the prison with the doctor when they heard tell of a woman who would not stop yelling that she knew the hangman and she wanted to see him. She claimed she was innocent of the murder of which she was charged and he had better do something for she knew things of him and would tell should he not help her.

He does go out to look into the murder. Of an ex-convict who managed to break those bonds and do well for himself. Become a landowner and start making some money. But now he was dead. But by who’s hand?

This was a book that you really had to pay attention to or you missed a tiny tidbit that was going to be important further down the line. Bits and pieces are given out here and there and the story slowly builds as some people are not who they seem and others are exactly who they appear to be. As Gabriel goes out to try and solve the murder he finds himself involved in so much more. It leads him back to his beginnings.

I enjoyed this book as it was quite different from what I usually read. It is rather dark as you might expect given that the hero as it were, is an actual hangman. Even given that rather macabre occupation Gabriel is a rather likable fellow. He does have a quick turn of mind and you tend forget he murders people.

I can’t say I completely understood everything that went on. I think I need to give it a second reading. It might not have been the best book to read around the holidays with so much else going on. As I mentioned you do need to pay it close attention. I got to the end and I was still slightly confused on a couple of issues but I think that was my fault and not the book’s. Due to the busyness of this time of year I simply could not read the book with the kind of attention it deserved. I plan to keep this one to read it again.