I received a free copy of A Newfound Land from Historical Fiction Virtual Book Tours for my honest review. 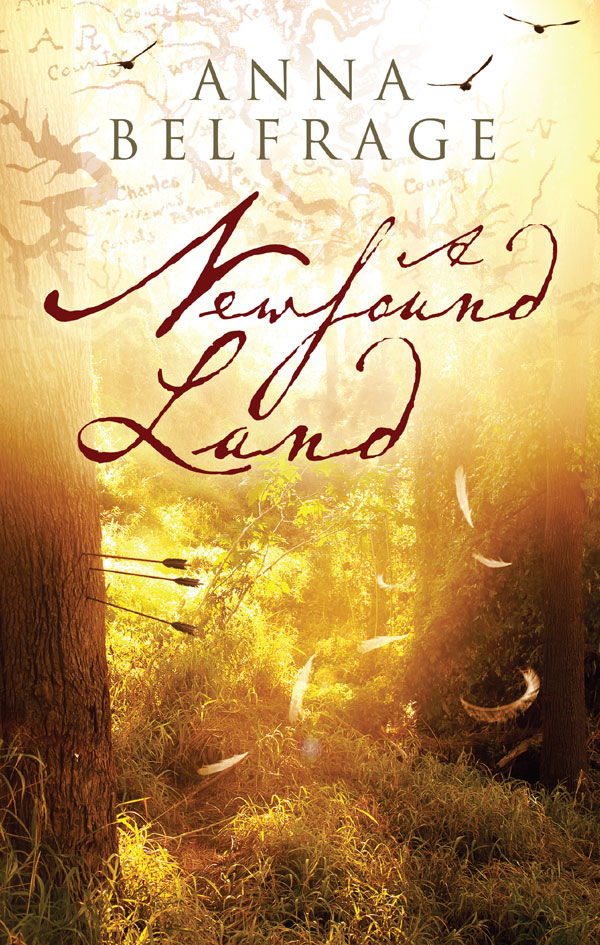 About A Newfound Land:

It’s 1672, and Matthew Graham and his family have left Scotland. Having taken the drastic decision to leave their homeland due to religious conflicts, Alexandra and Matthew hope for a simpler, if harsher, life in the wilds of the Colony of Maryland.
Unfortunately, things don’t always turn out as you want them to, and the past has a nasty tendency to resurface at the most inappropriate moments. Both Matthew and Alex are forced to cope with the unexpected reappearance of people they had never thought to meet again, and the screw is turned that much tighter when the four rogue Burley brothers enter their lives.
Matters are further complicated by the strained relations between colonists and the Susquehannock Indians. When Matthew intercedes to stop the Burleys from abducting Indian women into slavery he makes lifelong – and deadly – enemies of them all.
Once again Alex is plunged into an existence where death seems to threaten her man wherever he goes.
Will Matthew see himself – and his family – safe in these new circumstances? And will the past finally be laid to rest?
A Newfound Land is the fourth book in Anna Belfrage’s time slip series featuring time traveller Alexandra Lind and her seventeenth century husband, Matthew Graham.


I was raised abroad, on a pungent mix of Latin American culture, English history and Swedish traditions. As a result I’m multilingual and most of my reading is historical – both non-fiction and fiction.
I was always going to be a writer – or a historian, preferably both. Instead I ended up with a degree in Business and Finance, with very little time to spare for my most favourite pursuit. Still, one does as one must, and in between juggling a challenging career I raised my four children on a potent combination of invented stories, historical debates and masses of good food and homemade cakes. They seem to thrive … Nowadays I spend most of my spare time at my writing desk. The children are half grown, the house is at times eerily silent and I slip away into my imaginary world, with my imaginary characters. Every now and then the one and only man in my life pops his head in to ensure I’m still there. I like that – just as I like how he makes me laugh so often I’ll probably live to well over a hundred.
I was always going to be a writer. Now I am – I have achieved my dream.
For more information, please visit Anna Belfrage’s WEBSITE.  You can also find her on Facebook or follow her on Twitter.

This is the fourth book in the ongoing Graham saga (this is the third volume that I have read) and it finds our hero and heroine having settled in the woods of Maryland in 1670. They have cleared enough land to have a small house and be somewhat self sufficient and Alexandra and Matthew do have neighbors somewhat close by with whom they cooperate. But things are not perfect in the New World as they face some old enemies and find some new ones.

I like these characters – Alexandra has time traveled back from the future present. In her world it is 2016 but she has adapted well to living in the 17th century. Matthew is a man’s man but he accepts his wife’s strange notions of a woman’s “equality.” He respects her intelligence and they are a very loving couple – as can be determined by all of the children running around. Their relationship rings true though and doesn’t come across as forced either in dialog or to move the plot along.

This book finds them dealing with issues of adjusting to the New World, dealing with Mathew’s older son’s indiscretions, Indians and the slave trade. It’s not a easy world and the book takes on the hard issues with well researched and well written storylines. I was engrossed from the first page until the last and will look forward to the ongoing adventures of the Grahams. Ms. Belfrage keeps her readers fully engaged in her tale with well developed and very human characters dealing with life’s reality in all its grit and glory.