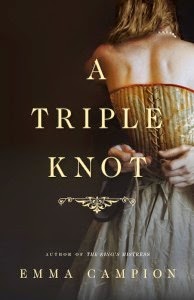 
Joan of Kent, the renowned beauty and niece of King Edward III, seems blessed with a life of royal privilege until her father is executed for treason and she becomes a ward of the king, living amongst those who deem her the daughter of a traitor. Joan begins to understand the brutal constraints and dangers inherent in being of royal blood. There is one at court who loves her, but his love proves the greatest threat of all.
As an impetuous teenager, she escapes into a clandestine marriage in a bid for freedom, then must hide it for nearly a decade, as her guardians marry her off to another man. After her first husband’s death, Joan—now a mother of four—enters into another scandalous relationship, this time with the heir to the British throne, Prince Edward, hero of Crécy and Poitiers, who has loved her all along. But his devotion comes at a terrible price. Haunted by nightmares of her father’s execution and the ruthlessness of her royal kin, Joan must reconcile her passion for the crown prince with her own conscience.

Emma Campion is the author of The King’s Mistress and, writing as Candace Robb, author of the internationally acclaimed Owen Archer crime series. She lives in Seattle. Visit her blog HERE.

I was interested in reading this book as I knew very little about Joan of Kent and I always enjoy a historical novel that takes me to a period in time that is less familiar. Better yet if it tells me the stories of real people of whom I have little knowledge. This book scored on both marks for me. Joan of Kent has come down through history as the “Fair Maid of Kent” and apparently she was quite a beauty even at a very young age. She was a descendant of Edward III but her father ran afoul of Roger Mortimer and the Queen and was executed for treason. Joan, her mother and siblings were taken in as wards of the court and Joan was used as marriage bait.

She felt trapped by this treatment and decided to make a decision on her own and marry for what seems to have been love despite needing royal permission to marry anyone. She married a man far below her rank, Thomas Holland but it seems to have truly been a love match. Her family failed to recognize the marriage and forced her to marry someone else. Thomas ultimately sued the Pope to have his marriage to Joan considered valid and won.

Ms. Campion fleshes out the bits and pieces left to history into a very intriguing tale. She brings the characters to life with fully realized personalities – no one is all good or all bad. The book held my interest and kept reading and I found myself finished before I knew it. There’s an author’s note in the back which I truly appreciate so that some of the “did that really happen” questions can be answered. I enjoyed my trip into the middle ages to learn about a woman so remarkable that her story survived over 700 years. Most of us are lost to history – Fair Joan left her mark.

You can follow the A Triple Knot Tour Schedule for additional reviews and giveaway opportunities.

You can purchase A Triple Knot on Amazon.com

One lucky reader (US/Can) will win a copy of A Triple Knot! How do you win? It’s easy – just hop on the Rafflecopter. Good luck everyone!