Anatolia: Adventures in Turkish Eating by Somer Sivrioglu and David Dale with a Recipe for Apple and Cinnamon Tea

I received a copy of Anatolia: Adventures in Turkish Eating by Somer Sivrioglu and David Dale from Quarto Cooks at no charge for my honest review. I am happy to share a recipe for Apple and Cinnamon Tea. 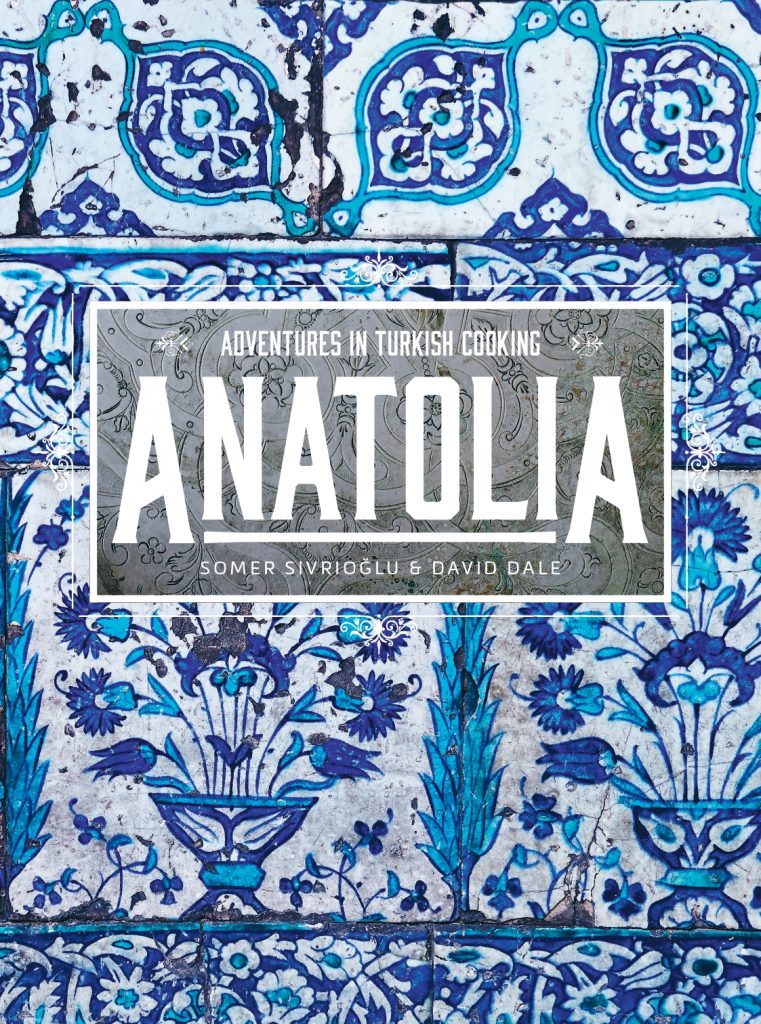 About Anatolia: Adventures in Turkish Eating:

Every dish tastes better when it comes with a good story. Turkish hosts have known this for centuries, which is why they gave their dishes such names as “The Priest Fainted,” “The General’s Command,” “The Sleeping Figs,” “The Tragic Bride,” “Split Belly,” “Forget-me-not Mackerel,” “Trickster’s Potsticker,” and “Noah’s Ark Pudding.”

That makes Anatolia – Adventures in Turkish Eating much more than a colourful cookbook. It’s also a travel guide and a narrative. Somer Sivrioglu and David Dale reveal the tales, tricks and rituals that enliven the Turkish table, and offer advice on how and where to enjoy classic Turkish treats as well as the great wines of the land where Bacchus was born.

Anatolia – Adventures in Turkish Eating is a richly illustrated, entertaining and informative exploration of the cooking culture of old and new Turkey. Somer Sivrioglu re-imagines the traditions of his homeland, presenting recipes ranging from the grand banquets of the Ottoman empire to the spicy snacks of Istanbul’s street stalls. The book features more than 100 dishes, and images of the recipes are complemented by specially commissioned photographs shot on location in Turkey, with spreads on local artisans and producers and their specialties.

Somer Sivrioglu grew up in Instanbul and moved to Sydney when he was 25. He now runs the popular Efendy restaurant in Balmain and Anason seaside restaurant in Barangaroo, where he draws on a multitude of cultural influences to recreate the food traditions of his homeland. He’s also a judge on Masterchef Turkey.

David Dale is an Australian political journalist, commentator on popular culture, and food and travel writer. In his earlier books, David analysed how Italian cooking charmed the world. Now he’s convinced that “Turkish will be the next international phenomenon and Somer the next Ottolenghi.”

I am going to be the first to admit that my knowledge of Turkish cooking is severly limited. That is why I was so thrilled to be able to learn more through this absolutely stunning cookbook. It starts with a history – and a long history it is – as well as a tutorial on the essential ingredients for cooking Turkish foods from breads to main dishes to desserts and more. There is a list of the the top ten techniques used as well as a glossary.

The recipes are presented in the order of the day; breakfast, lunch, afternoon tea and so on. Each recipe comes with a story and most come with a beautiful color photo. In addition to the pictures of the finished dishes there are also many scenery shots to showcase the beauty of Turkey. It’s a truly stunning book from a pictorial perspective.

The recipes very different from any I have attempted to cook in the past. I haven’t had an opportunity to make many things so far but I have a long list that I am looking forward to trying including:

The recipes in the book appeal to the senses with spices and flavors that differ from what we normally eat here and we both love exploring different cuisines. In reading through several recipes they seem well written and while some ingredients will have to be acquired they are not so exotic that I will have trouble finding them. It will be nice to add another dimension to my cooking. I am very happy to add Anatolia: Adventures in Turkish Eating to my cookbook library.

I am very pleased to share a simple recipe for an Apple Cinnamon Tea. Since I enjoy trying new things I thought this was a perfect recipe to try and showcase. When I deal with the apple harvest this summer I will keep this in mind when I dehydrate apples to put by. I am not sure I would consider making it again this way but I would certainly whip it up if I had dried apples on hand. 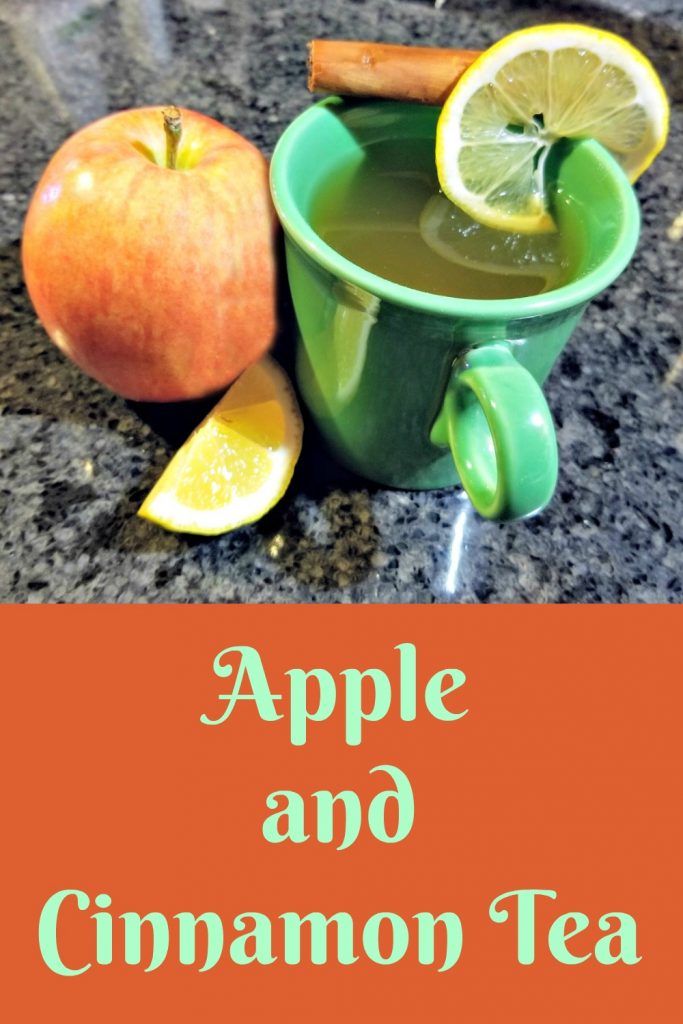 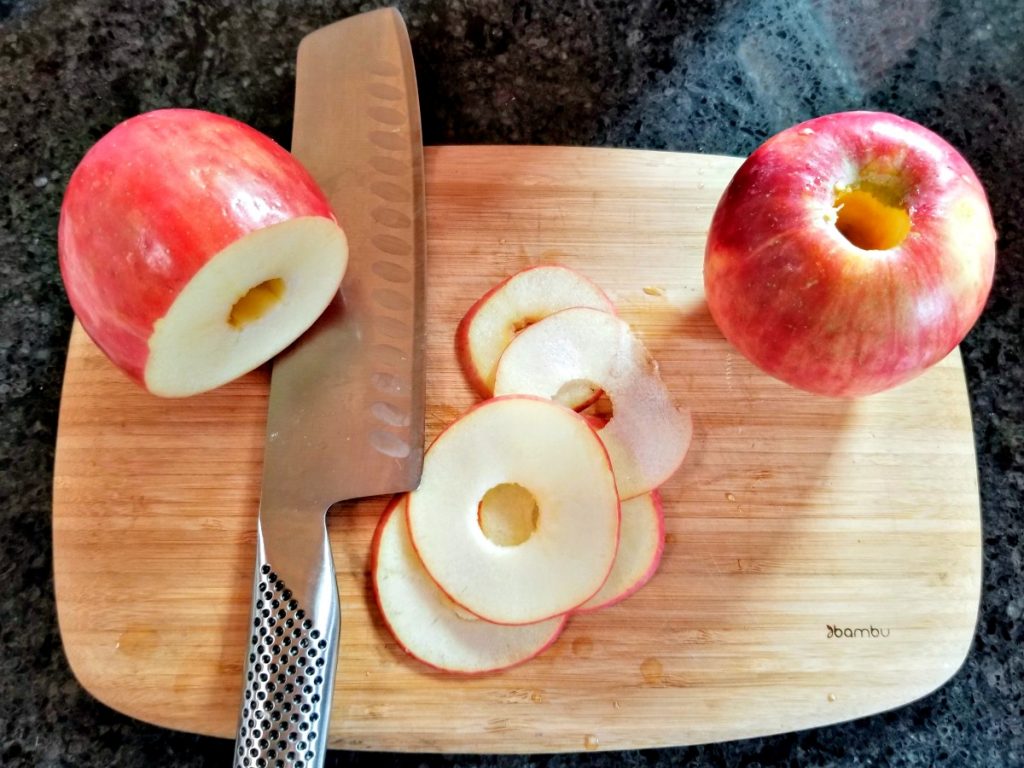 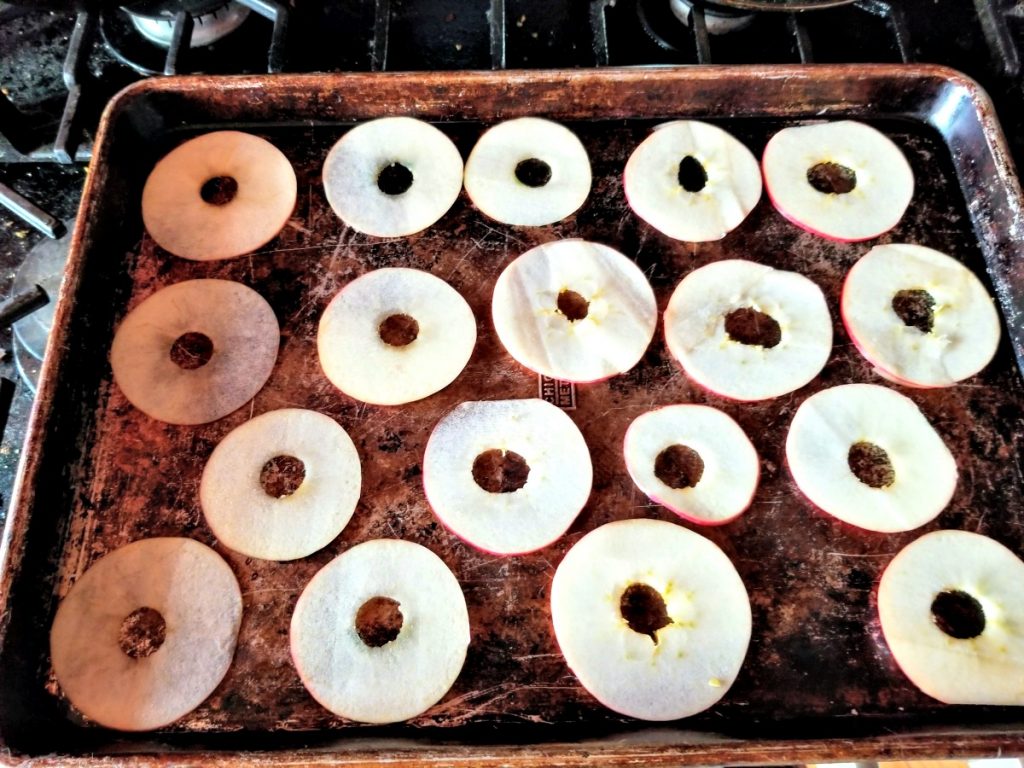 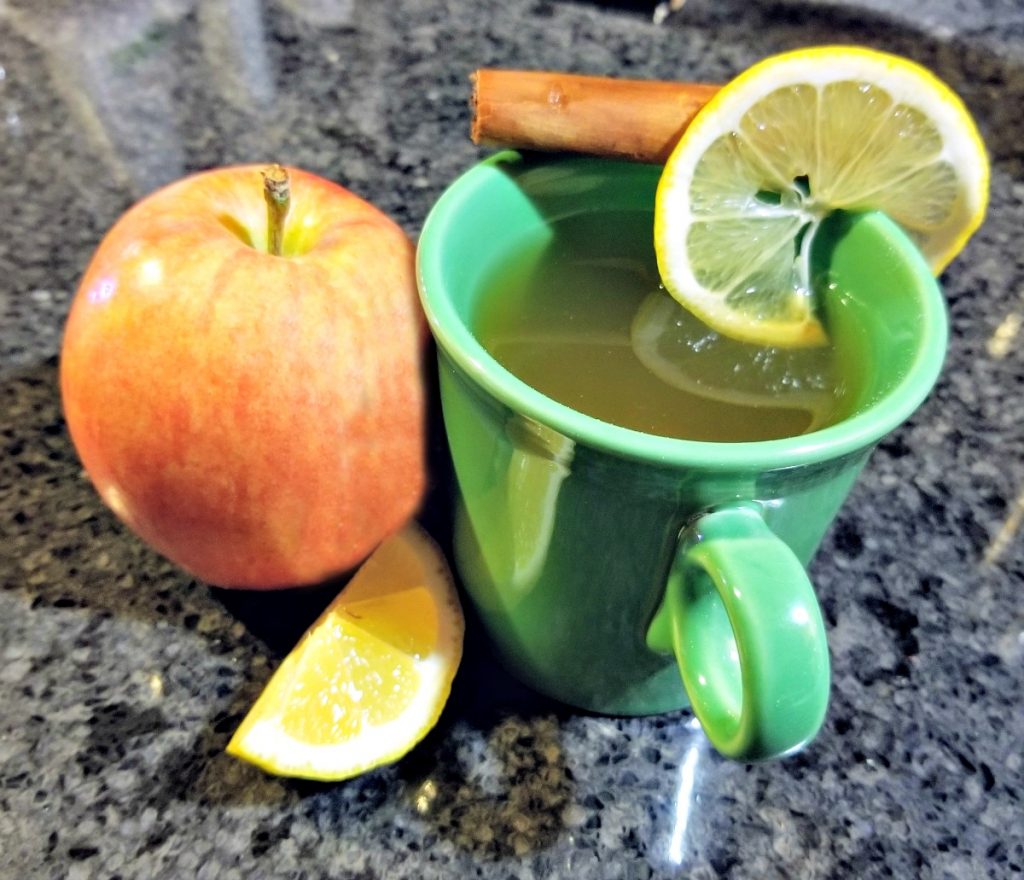 How Was the Apple and Cinnamon Tea from Anatolia?

It has a delightful flavor! Not quite like apple cider but very apple-y. I actually enjoyed it without any additional sweetening. As I sipped my cup it gave me an idea for the hubby’s salmon dinner.  I knew the flavors would work beautifully with the fish. The recipe will be up next week.

I poured the rest of the tea in a mason jar and have it in the refrigerator. It can be warmed up or I might just use it for another dinner. Who knows? It would certainly work well with shrimp or scallops.

I am happy to have Anatolia on my shelf. 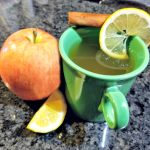 A wonderfully flavorful drink that is good hot or cold

In all honesty, it took more like three hours to dry out the apples and after the second hour I put my oven on convect. This is a delicious tea. What I might do in the future is use the dehydrated apples I make in the summer when I go apple picking rather than make it as a one off kind of drink.