Hard to believe that it’s time to start planting for the vegetable garden but that is what the hubby did this weekend. Not outside mind you – we woke up to single digit temperatures! We had been having a weirdly mild winter until the last couple of days. Gardening it seems to me is a whole lot of planning ahead. I have very little to do with the planting other than to make occasional comments on what I’d like to see come out of the garden; I’m the processor. I deal with what has been grown. I do love having all of those beautiful vegetables and the hubby is a marvel when it comes to growing them. 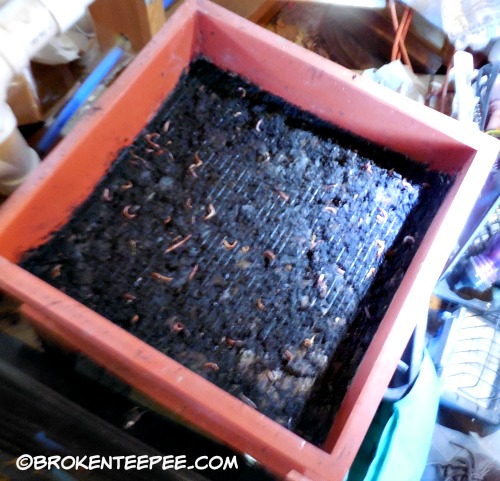 Yesterday he started the broccoli on their way to growing big and strong. He was excited because for the first time he used the compost made by the worms in the worm farm. He was thrilled with the quality of the compost they created in their little world. He’s been caring for them for a little over a year and the farm has three sections in it now and they are happy little wigglers. 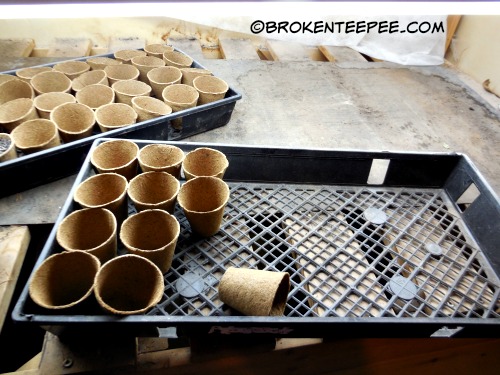 He uses potting cups that he can just pop right into the garden. They break down in the soil (they are made out of recycled paper) and don’t hurt anything. Broccoli is my favorite vegetable and up there on his list so he plants a lot of it. He prepared 48 little cups. He mixes the compost from the worms with potting soil. 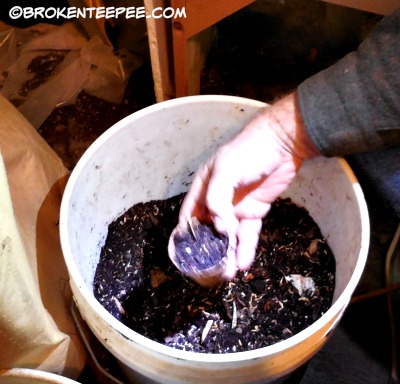 He gets them filled and lines them up in trays. He was moving right along while I was trying to take pictures. It was hard to get a decent photo. He wasn’t into posing for me. Man on a mission! After he gets them all filled he then puts the seeds in this cool little device to help him distribute them into the soil.

He told me that he puts around three seeds in each cup and then when they sprout he’ll thin. The seedlings don’t go to waste – the chickens will eat what gets pulled. Nothing goes to waste around here! 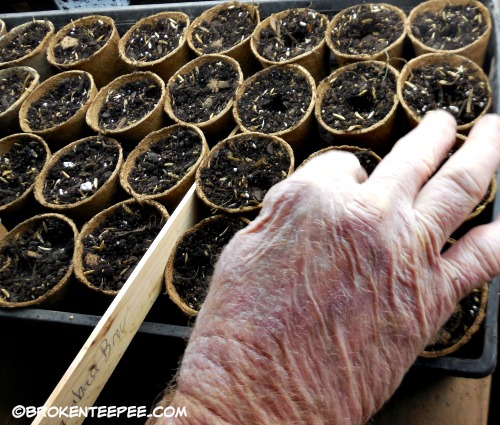 After the seeds are planted he pinches the holes closed. Each tray is labeled with what is growing because soon there will be others! They sit under grow lights and on top of a warming mat. 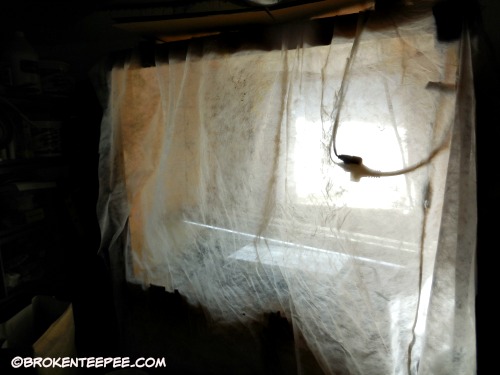 He hangs a plastic curtain to help to keep some warmth in to help them grow. He said he expects the first growth in a couple of weeks. He’ll move them out to the garden in mid-April. Broccoli likes colder weather so they’ll go out before last frost. Just for the information we are a Garden Hardiness Zone 5.

I’ll be sharing this year’s vegetable garden from start to finish. If you have any questions just ask and I’ll pass them along to my resident expert and I’ll get the answers for you.