Baking for the Firemen

This was another baking week for me. My pantry supplies were a little on the low side so I had to improvise a bit this week. Nothing too fancy for the firemen this week; I was out of cocoa, low on brown sugar, out of chocolate chips, out of oatmeal and low on raisins. So you can see I needed to think small – cookies to be exact and then improvise once I picked the recipe. 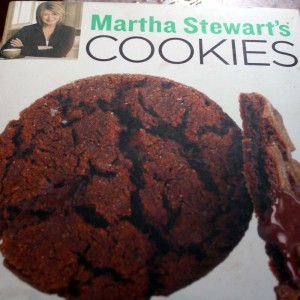 and found this recipe 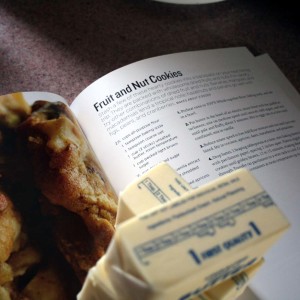 Hmmmm, I could work with this even though I didn’t have the coconut, dried apricots, brown sugar, macadamia nuts or raisins.
Hey, I’m an optimist when it comes to baking!

I creamed the butter 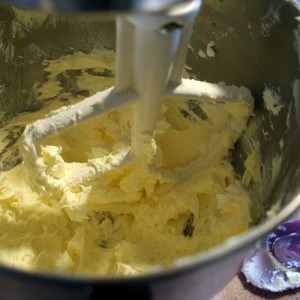 Mixed the flour – I only use the King Arthur White Whole Wheat Flour now. It really makes no difference at all in anything I have baked – baking soda and salt in a bowl. 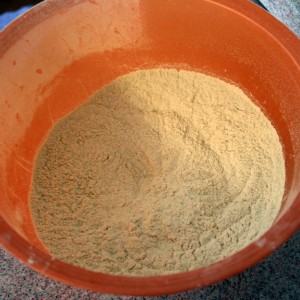 Into the creamed butter went the white sugar and I used sugar in the raw instead of brown sugar. Then the eggs and vanilla. After that was well mixed I added in the flour mixture. Then I had to deal with the fruit and nut issues. I had mixed dried fruits and walnuts so that’s what I used! Into the bowl it went… 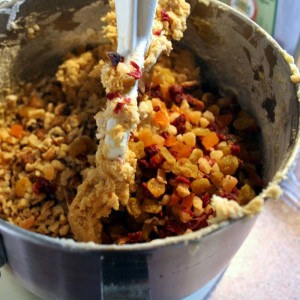 On to my old, wretched baking pans (If anyone needs a baking pan review I am WIDE open for that heh heh) 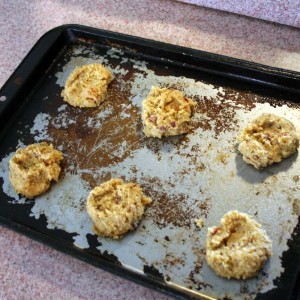 They looked really good when they came out of the oven. 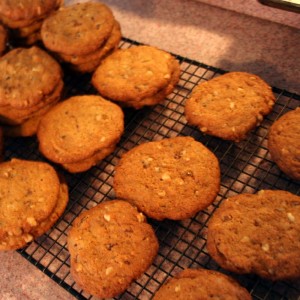 I decided to make MAN SIZED cookies for the firemen. 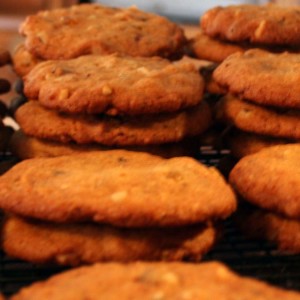 I snuck one and they were very tasty.
The hubby told me they were all eaten so the firmen must have liked them too.

Yum
Share
Email
baking
Blog Tour: In the Shadow of the Cypress by Thomas Steinbeck
Within the Hollow Crown by Margaret Campbell Barnes – Book Review