The firemen were meeting again to train – they do so twice a month. They are very hardworking volunteers! This week they had their drill outside as it was a very nice evening. In fact, it took place just a few doors down from the yurt! I didn’t want to interfere and go running down to take pictures; they already think I’m a little crazy so I just took a couple from the deck. 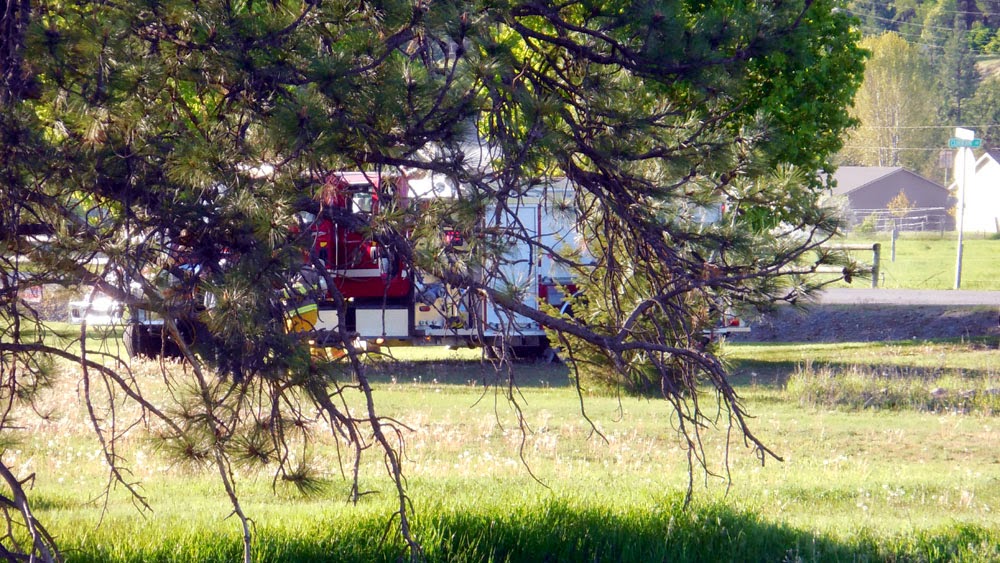 The main truck arrived first. I don’t know exactly what they were doing but the hubby (the chief) had permission to use the neighbor’s rather large yard. 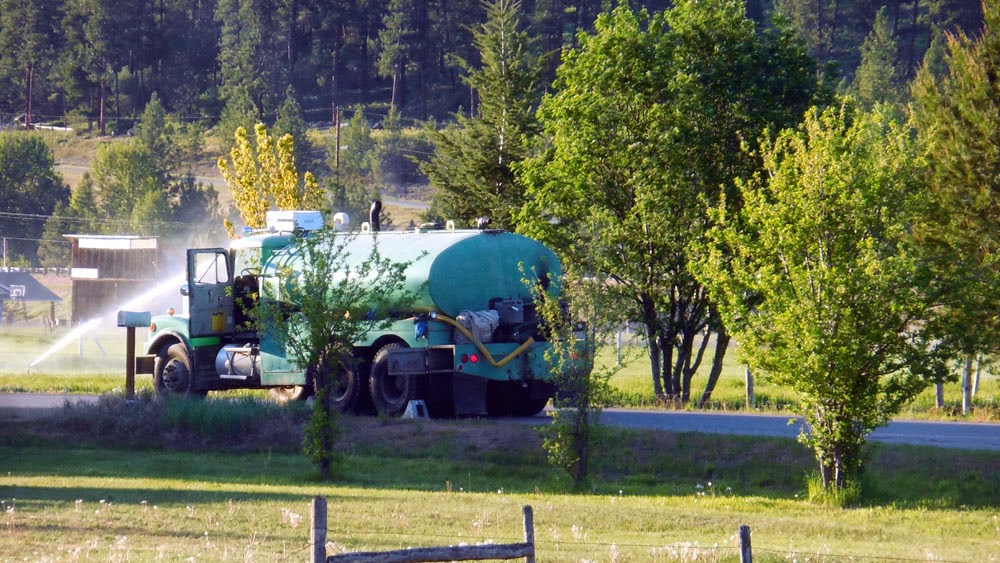 Then the tender (we called then tankers back East) came with the water.  The spray you see in the photo is from the other neighbor’s irrigation system on his hay fields.  Hubby said it was a good training. After they were done they went back to the firehouse for this week’s treat.

I was in full experimentation mode and I must admit it did not come out as I would have liked so I’m adjusting the recipe. What I was going for was a Neapolitan Angel Food Cake but the strawberry layer just didn’t work. I’m going to have to re-think how I accomplish it. What I’m giving you here is a recipe for basically a black and white angel food cake. With a strawberry sauce. Such is life. Half the fun of playing in the kitchen is learning from your mistakes….. 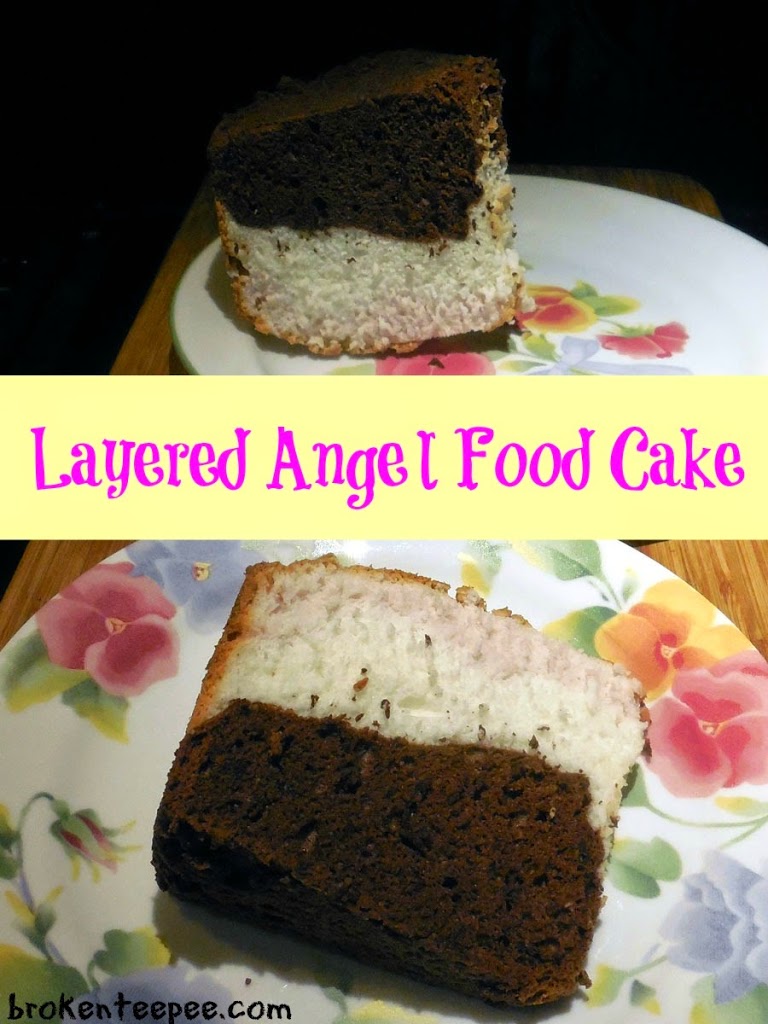 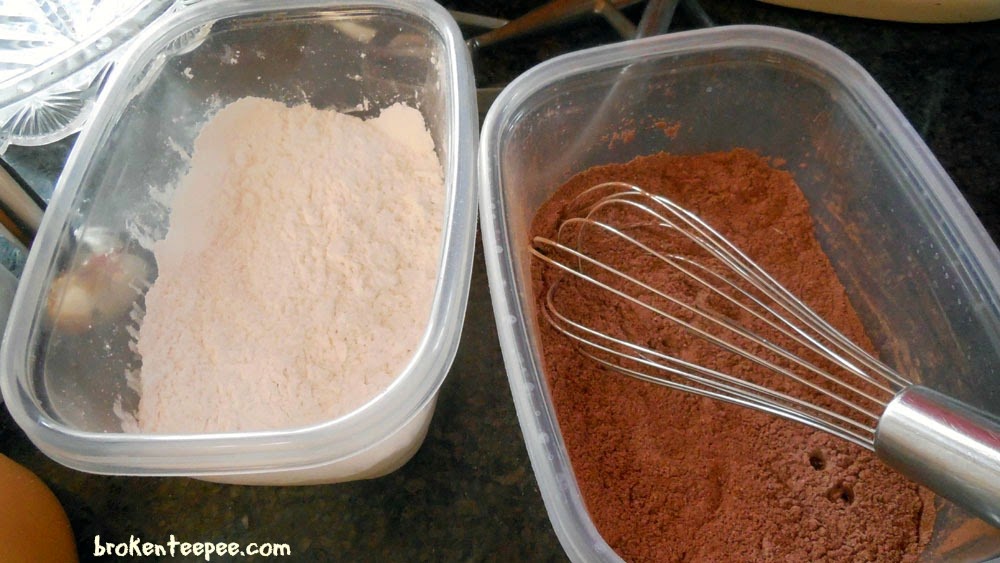 Mix flour and powdered sugar. Divide in half. Add cocoa powder to one half and mix well. Set aside.

Add the egg whites and cream of tartar to the bowl of a stand mixer. Using the whisk attachment whip the whites until they start to get frothy. Start adding the granulated sugar a tablespoon at a time until it has all been incorporated. Continue to whip the eggs until they reach stiff peaks. Add the vanilla and salt at the end and whip enough for them to mix in. Do not underbeat.

Divide the whites in half. Add 1/4 cup of the cocoa mixture to one half and gently fold it in. Gradually add the remaining mixture, folding gently so as to not lose the air in the whites. Do the same with the plain mixture. 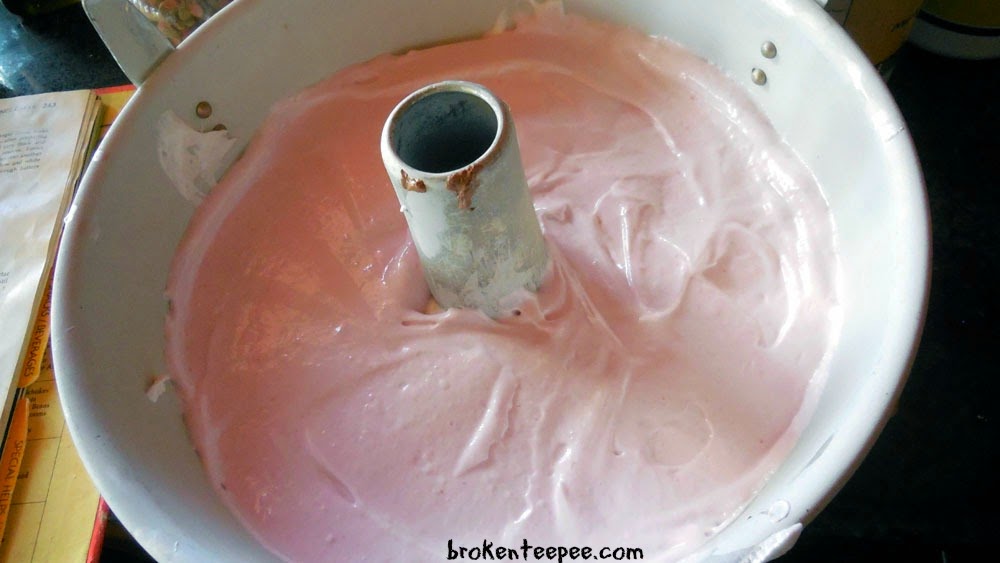 Carefully place the chocolate mixture in the bottom of a 10″ angel food cake pan. Use an offset spatula to even out the batter. Then layer the vanilla batter on top, evening it out as well. (I know this looks pink. I did a strawberry layer but it just didn’t work so I’m not providing directions for it.)

Bake in the preheated oven for 30 – 35 minutes until the top is lightly browned and bounces back slightly when touched. Remove from the oven and cool completely upside down.

If you’d like a quick strawberry sauce for the cake you just need to take 16 oz of strawberries – fresh or frozen and heat them over medium heat with water to cover and 1 1/2 cups of sugar. When the berries are soft use a stick blender to turn them into a sauce. Strain it to get out the seeds. Add a bit of fresh lemon, cool it and you are good to go. 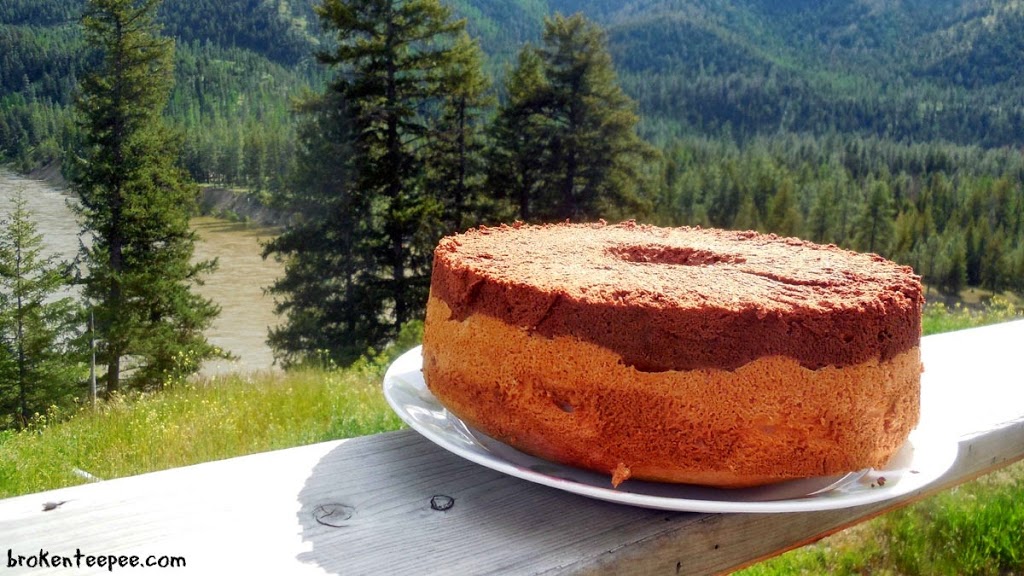 The cake was really very tasty. I use frozen egg whites so it didn’t rise as much as it would have had I made it from fresh egg whites but it’s still a light and airy cake. The chocolate section is rich and is beautifully countered by the vanilla section.  The firemen really enjoyed it.

I’ll get that strawberry section figured out. I know I will! 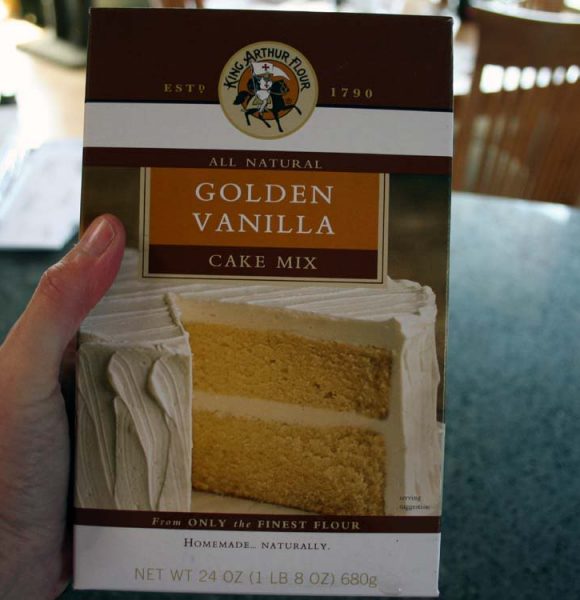 This is a very special Baking for the Firemen! It was the fire meeting closest to the hubby’s birthday so I wanted to send in a special treat. When I contacted my very favorite baking company, King Arthur, it was decided that cupcakes were in […] 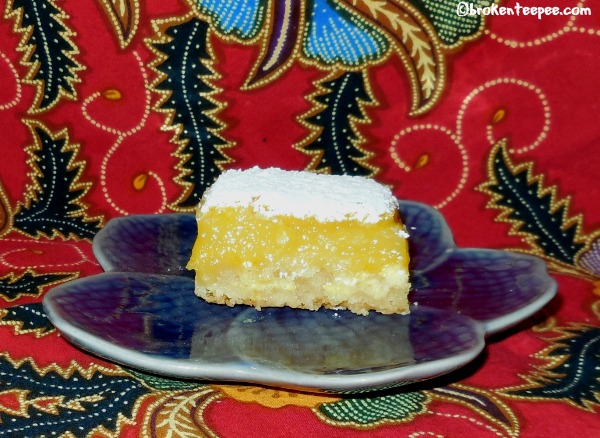 The hubby was away all of last week – and half of the week before – on his vacation. We can’t go away together because of the animals. He came home to a very busy week including a training meeting for his firemen so you […]

I really wanted to make something special for the firemen for this training meeting. Their last one occurred while I was away visiting my friend Nora and since I knew I wouldn’t be here I baked a batch of brownies and put them in the […]

Read More
Delicious! by Ruth Reichl – Blog Tour, Book Review and Giveaway
HomeZada Will Help Me Get the Yurt Finished Plus a $300 HomeZada Giveaway