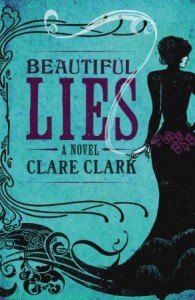 • Hardcover: 512 pages
• Publisher: Houghton Mifflin Harcourt (September 18, 2012)
“A stirring and seductive novel.”—Economist
London 1887. For Maribel Campbell Lowe, the beautiful bohemian wife of a maverick politician, it is the year to make something of herself. A self-proclaimed Chilean heiress educated in Paris, she is torn between poetry and the new art of photography. But it is soon plain that Maribel’s choices are not so simple. As her husband’s career hangs by a thread, her real past, and the family she abandoned, come back to haunt them both. When the notorious newspaper editor Alfred Webster begins to take an uncommon interest in Maribel, she fears he will not only destroy Edward’s career but both of their reputations.
Inspired by the true story of a politician’s wife who lived a double life for decades, Beautiful Lies is set in a time that, fraught with economic uncertainty and tabloid scandal-mongering, uncannily presages our own.

This is a novel based on fact and knowing that makes the reading all the more interesting. Edward Campbell Lowe is a member of Parliament fighting for the rights of the poor at a time in England’s history where there is a great divide between the rich and the downtrodden. He is married to Maribel, a woman with a mysterious past. She is dabbling in poetry and exploring photography but in reality she is running from the demons of her true background that are slowly catching up to her threatening to bring Edward’s career and their status to a fiery end.

The book is written with rich details of the lives and times of Victorian Britains so that one feels as if there. Maribel is not completely likable as a character but I suspect it is because she has to hold her secrets so close. She only becomes her true self with Edward because he knows most of them. Edward is truly passionate about his causes even when they land him in jail. A sleazy newspaperman, Webster starts to support, then undermine Edward and to show an abnormal interest in Maribel. Does he know more about her than he should? All of the mystery makes for a dark read but Ms. Clark’s way with words does not drag but rather keeps the reader turning pages to see exactly how it will all play out. I didn’t understand, though her almost constant focus on Maribel’s smoking? Did she just quit and this was a way of having a cigarette vicariously? It really got annoying . . .

I found Maribel’s tale fascinating. She is a complex character and Edward is a good balance for her and together they made a good pair. The ancillary characters are well developed with the exception of Maribel’s friend Charlotte – she was all sweetness and light. No one is that sweet – unless she was medicated. I don’t know. But she did bring a welcome comic relief. I was satisfied with the ending, as mysterious as it was.

You can purchase Beautiful Lies on Amazon.com

One lucky US reader will win a copy of Beautiful Lies! How do you win? It’s easy! Just hop on the Rafflecopter! Good luck everyone!

Disclosure:  I received a copy of Beautiful Lies gratis from TLC Book Tours. Any opinions expressed are my honest opinions and were not impacted by my receipt of the free book. I received no monetary compensation for this post.