by
Patty
-
I am very pleased to welcome Carmela Cattuti today as she tours the internet with Historical Fiction Virtual Book Tours. She has prepared a special guest post just for the readers of Broken Teepee – please enjoy it! I’ve followed it up with all of the information about her tour and her fascinating book.

Process of Writing BETWEEN THE CRACKS
By Carmela Cattuti
BETWEEN THE CRACKS was begun during the mid 1980s. I had just left graduate school at Boston College when I had to decide if I was going to be a writer. I was a journalist for the Somerville Newspaper in Somerville, MA. for a while and taught a journal writing course at an adult education center. None of this satisfied me and I knew I had to write my great aunt’s story. She often said that many of the educated ladies in her neighborhood encouraged her to write about her experience of the eruption of Mt Etna in 1908 Sicily and her subsequent immigration to the U.S. She entrusted me with her stories and her voice, and I knew that it was just a matter of time before I would put it on paper. I came to realize that this was my legacy and it needed to be shared.
The novel went through many incarnations throughout the 1980s and early 90s. Then I put it away and I told myself it was enough that I wrote it and I needed to concentrate on my career and life, but it was always in the back of my mind, waiting for the right opportunity. In those days it was difficult to get published and I could not find anyone willing to take a chance on a new young writer. During 2011 a colleague suggested I try her publisher. The publisher accepted my book but I knew I had my work cut out for me. I had to do another rewrite and bring the novel into the 21st century. It was a period novel but I had to keep in mind that I needed to present the story from the time in which I now lived. This was no small task since over a hundred years separated my life from early 20th century Sicily. I had to rely on my great aunt’s recount of what happened and present it as compelling and believable in the present. I hope I have done this.
To the many who immigrated from less than desirable circumstances my hope is that Angela’s story will validate and strengthen your determination to succeed regardless of where you are on the planet, not in a material sense but in the personal arena. Angela became sovereign and acted from her own authority, that, in the end, is what actually strengthens the individual. She defied social convention by combining creativity with a business sense. As a result, the great depression did not devastate her or her husband. They were independent individuals who made their way in the new world on their own terms. 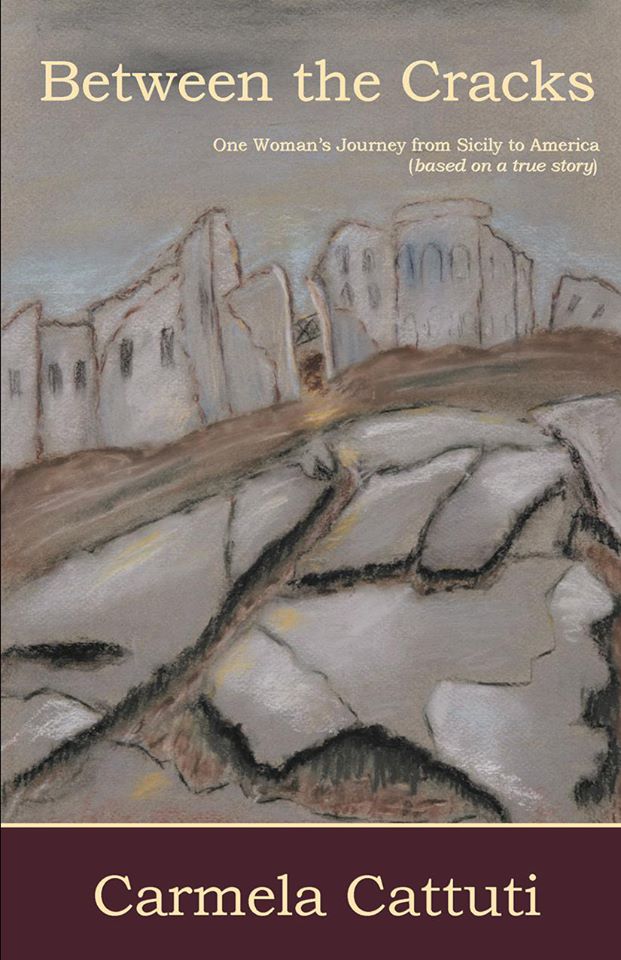 About the Book:
Publication Date: August 20, 2013
Three Towers Press/HenschelHAUS Publishing, Inc.
Paperback; 324p
ISBN-10: 1595982396
Join Angela Lanza as she experiences the tumultuous world of early 20th century Sicily and New York. Orphaned by the earthquake and powerful eruption of Mr. Etna in 1908, Angela is raised in the strict confines of an Italian convent. Through various twists of fate, she is married to a young Italian man whom she barely knows, then together with her spouse, immigrates to the U.S. This novel is an invitation to accompany the young Angela as she confronts the ephemeral nature of life on this planet and navigates the wide cultural gaps between pre-World War II Italy and the booming prosperity of dynamic young America. Join Angela Lanza as she traverses the tumultuous landscape of Sicily and New York.
About the Author:
Carmela Cattuti started her writing career as a journalist for the Somerville News in Boston, MA. After she finished her graduate work in English Literature from Boston College she began to write creatively and taught a journal writing course at the Cambridge Center for Adult Education As fate would have it, she felt compelled to write her great aunt’s story. “Between the Cracks” has gone through several incarnations and will now become a trilogy. This is the first installment.
For more information please visit Carmela’s website. You can also connect with her on Facebook, Twitter, and Pinterest. Visit the Between the Cracks Facebook page.
You can see the Between the Cracks Tour Schedule
You can purchase Between the Cracks on Amazon.com
Share
Tweet
Yum
Share
Email
Between the Cracksblog tour and guest postCarmela Cattuti
Would You Like to Win a Stylish New Dress from Monroe and Main?
Low Calorie Valentine’s Day Recipe – “Blackened” Seafood Medley on Orange Scented Rice