One of my favorite books of 2016 is celebrating two years of success. Eliza Waite by Ashley Sweeney was one of my few 5 star reviews for that year. To remind you about this stellar novel: 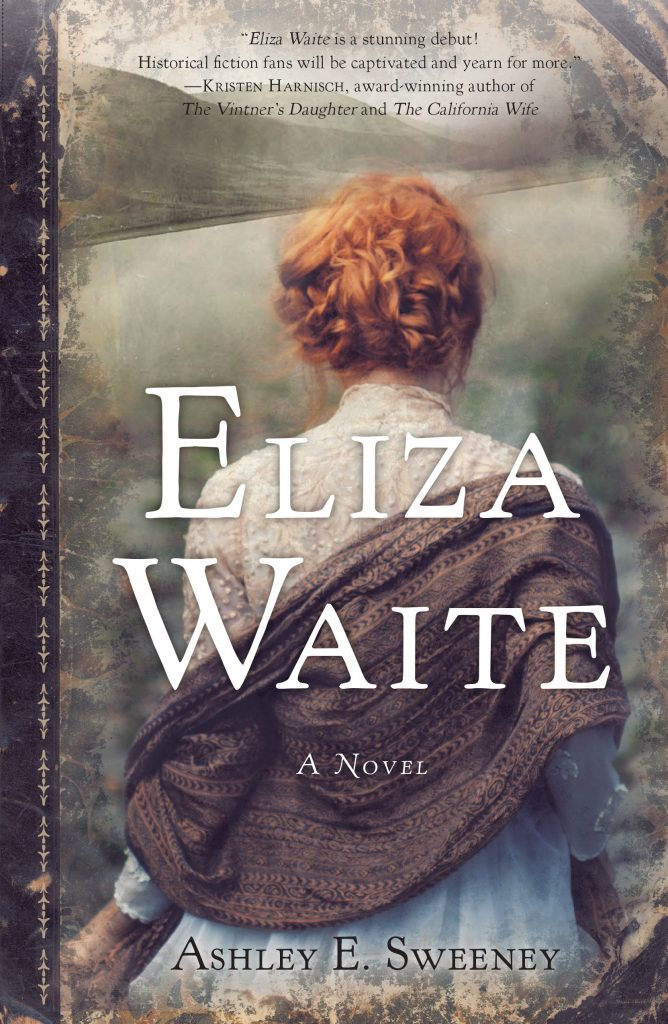 Living as an independent woman in the late 19th century, Eliza Waite struggles with societal norms, gender inequalities, and elusive love. After the tragic death of her husband and son on a remote island in Washington’s San Juan Islands, Eliza joins the throng of miners, fortune hunters, business owners, con men, and prostitutes traveling north to the Klondike in the spring of 1898 in search of their personal piece of gold. Eliza arrives in Skagway, Alaska, with less than fifty dollars to her name. With some savvy, and the help of some unsavory characters, Eliza opens a successful bakery on Skagway’s main street, where she befriends a madam at a neighboring bordello. Eliza finds herself juxtaposed between both traditional and untraditional feminine roles, and chooses to turn her back on the past and follow the ideals of the growing women’s suffrage movement. When a man from her past turns up in Skagway, Eliza is unsure if she will be able to conceal her identity and move forward with her new life. Part diary, part recipe file, and part Gold Rush history, Eliza Waite transports readers to the sights, sounds, smells – and tastes – of a raucous and fleeting era of American history.

Ashley Sweeney is a graduate of Wheaton College in Norton, Mass., the Stanford Publishing Course, and City University in Seattle, Wash., where she earned a Masters of Education degree. As a seasoned journalist, teacher, and community activist, Sweeney served as a VISTA volunteer in the late 1970s and continues community service today as a member of Soroptimist International, one of the largest women’s advocacy organizations in the world.

While juggling a large household complete with four children, various pets, and all the chaos that accompanies a life dedicated to raising a family, Sweeney found an outlet as a humor columnist and features editor for The Lynden Tribune in Lynden, Washington, where she garnered numerous awards for her writing over the span of a decade. Sweeney also taught English, Journalism, English as Second Language, and GED prep at both the high school and community college levels. She now lives in La Conner, Washington and writes for the hometown newspaper, The La Conner Weekly News.

Eliza Waite is her first novel.

You can read my review of Eliza Waite

One lucky US reader will win a copy of Eliza Waite. Just enter as many ways as you would like on the Gleam widget below. Full rules are on the widget. Good luck everyone.
Eliza Waite