On May 6 and 7 I am pleased to share Book 1 and Book 2 of The Shadows of Rosthwaite by Colleen Kelly Eiding. I thank Historical Fiction Virtual Book Tours for sending the books at no charge for my honest reviews. Today I feature Face of Fortune, yesterday it was the first book, Favoured by Fortune. 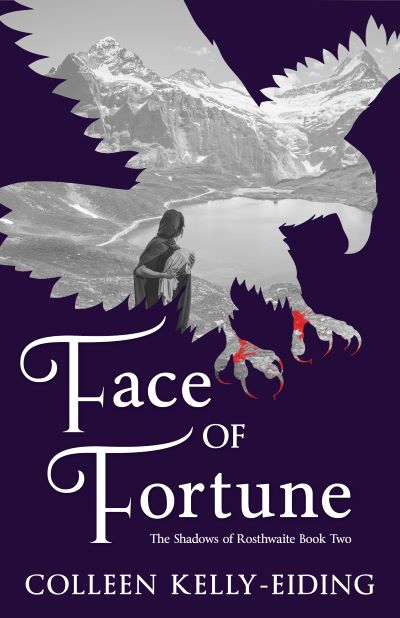 About Face of Fortune:

Charlotte Pruitt, an auburn-haired beauty whose soul is as wild as the northern mountains she loves, lives day to day, hoping against hope that James Clarke still lives. The love of her life and father of their son had attacked a nobleman whom he caught attempting to rape Charlotte. Pursued by soldiers and attempting to escape, James plunged into a raging river and was last seen being pulled under by the torrent.

James who had fought to protect her and little Jack, is gone. Courage, strength, intellect, and a keen wit would have to be her guardians now.

A weaker person would crumble under the pressure of running a business, raising a child alone, fending off unscrupulous men, while always aware that the horrific villain, Edward Hawkes is still alive and bent on her destruction. Instead, Charlotte focuses on those less fortunate than herself. She becomes dedicated to helping Jane Rourke, a weaver, who is falsely accused of crimes and sentenced to death. Charlotte is offered a way to save Jane Rourke, but at a terrible price to herself. And what of Hawkes? How will she save herself and little Jack?

From the dark and gritty streets of Spitalfields, hiding secrets both good and evil, to the haunted moors of Devon, and to the perilous heights of the northern English mountains where Charlotte’s greatest test will come, this epic saga of human kindness, passionate love, and horrifying evil never ceases to enchant…and terrify.

Colleen Kelly-Eiding is a member of the Screen Actors’ Guild-American Federation of TV and Radio Artists, and Actors’ Equity. Her husband is an actor, as are their two adult daughters. Theatre, acting and above all, storytelling, are part of her family’s DNA.

Colleen, was in the first class of women at Kenyon College in Ohio when the school went co-ed. She also studied drama and political science at the University of Manchester in England. She later received an MFA in acting from the University of Minnesota. She has been an actor, director, casting assistant, 3rd grade teacher, and audiometrist.

Favoured by Fortune and Face of Fortune have been occupying Colleen’s imagination for a quite a long time. After both daughters graduated college, she and husband Paul became empty nesters. The time seemed right for Colleen to bring young Ms. Pruitt, our heroine, to life and let Charlotte tell her story.

During her time in Manchester, Colleen fell in love with the country. When she returned to England to do research for her series, she was beyond elated. She interviewed a curator at the Victoria and Albert Museum, spent time researching indictment records from the 1760‘s at the Guild Hall in London, and walked the route that the carts of the condemned travelled from Newgate Prison to the Tyburn Tree. Visiting the tiny village of Rosthwaite, located in the beautiful Borrowdale Valley in the Lake District, where much of the action takes place, helped give context and inspiration to Colleen.

Colleen continues to act for stage and film. She studies sculpting and ceramics. And enjoys traveling to Comic Cons around the world, where her husband is a frequent guest.

Her series of historical novels is titled The Shadows of Rosthwaite. Watch for the second book in the series, Face of Fortune, set for release February 1, 2020. Published by Phase Publishing, LLC.

Face of Fortune continues the story of lovers Charlotte and James from Favoured by Fortune. At the end of that tale Charlotte believes James to be dead. Charlotte has had to continue on as she has her son to care for and the weaving business that provides her income. But cotton is now the cloth of choice not the silks that her her people weave. As political unrest  strikes in the world of those weavers Charlotte takes up the cause of one of them – the mother of her maid. This proves to be a dangerous undertaking for her for many reasons.

Face of Fortune has many of the same characters from the first book and it can be read as a stand alone book. As I always note with series like these – you can enjoy the book by itself but it does tend to make for a richer reading experience to read all installments.

I liked this book slightly better than the first. Perhaps it was in knowing the characters already. Charlotte really comes into her own in this installment with having to survive without her love and still take care of her son. Her concern for her employee gives her a moral purpose but when presented with a way to save her it goes against everything she believes in. She is forced back into the company of the man who almost raped her and who caused James to be on the run. He is willing to help but the cost is too high.

As with the first book, the action kept rolling along and at times I was quite anxious for poor Charlotte. I liked this book slightly better than the first book and am looking forward to the next installment. I hope that Charlotte and her son find some semblence of peace. 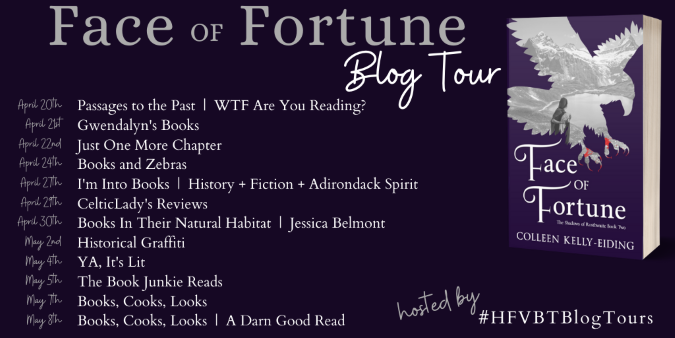