I received a free copy of Fagin’s Boy from Historical Fiction Virtual Book Tours for my honest review. 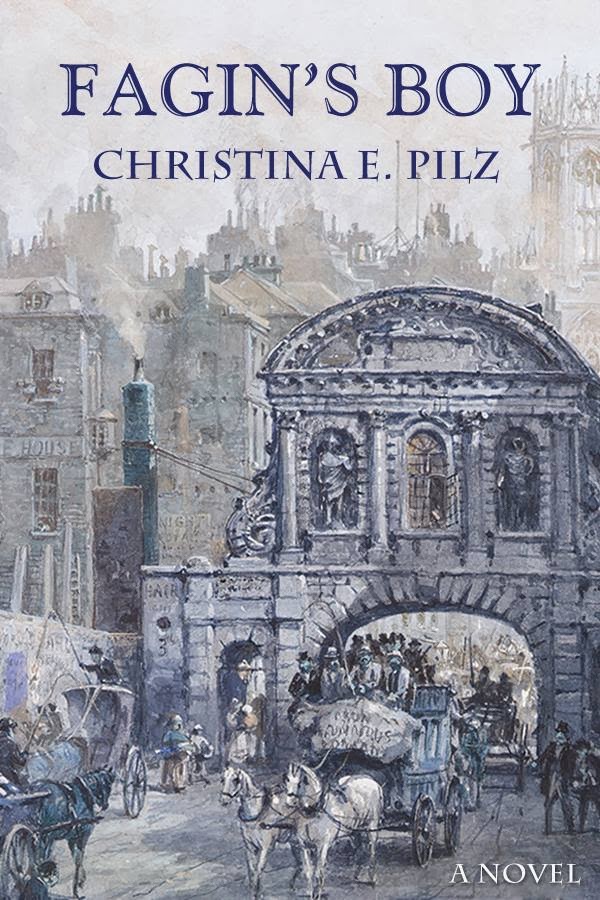 Publication Date: January 1, 2014
Blue Rain Press
Paperback; 624p
ISBN-10: 0989727300
Five years after Fagin was hanged in Newgate, Oliver Twist, at the age of seventeen, is a young man of good breeding and fine manners, living a quiet life in a corner of London. When Oliver loses his protector and guardian, he is able, with the help of Mr. Brownlow’s friends, to find employment in a well-respected haberdashery in Soho.
However, in the midst of these changes, Jack Dawkins, also known as the Artful Dodger arrives in London, freshly returned from being deported. Oliver’s own inability to let go of his past, as well as his renewed and intimate acquaintance with Jack, take him back to the life he thought he’d left behind.


Being a writer is not just what I do, it’s who I am. Even if everything else in the day turns sour, if I have written, then it’s still a pretty good day.
I decided I wanted to be a writer when my fourth grade teacher (Mrs. Harr) gave me a good grade on a creative writing story I’d written. And not only that, she added “I like your ending,” along with a smiley face. At that point, I was off and running. I’ve been writing and making up stories ever since.
I live in Colorado. I’ve tried to live elsewhere, but it’s always too far from my family, so I returned for good some time ago. Colorado is a brilliant location to live in as it’s not very far from either coast, and the local international airport is only an hour away.
Right beside my writing desk, I have a green arm chair and ottoman that I call The Vortex. There are two reasons I call it that. The first is that it’s always trying to suck me in and sit down and do nothing but think and read and stare at the sunlight and shadows as they dapple the walls and ceiling. The second is that once I sit down in the thing, it’s almost impossible to get up, as The Vortex keeps sucking me in.
Visit Christina Pilz’s website for more information. You can connect with her on Facebook and Twitter.

I have not read Oliver Twist by Charles Dickens – I have read Dickens and I feel that knowing his style and a bit about him and more importantly the times in which he wrote helped considerably with the understanding of this book. I know enough about the story of Oliver to keep up with Ms. Pilz’s narrative but what I think is more important is the knowledge of the social structures of England in the Victorian Era. These mores are a character in Fagin’s Boy as they were most certainly in Dickens’ books. It was a time when orphans and the poor were treated as little more than detritus to be swept away. So in not having read Oliver Twist I do know that it has very little to do with the happy play and movie that is Oliver! Dickens allows for redemption but he shows the ugly side of humanity first.

Now on to the brilliant Fagin’s Boy. Ms. Pilz manages to maintain Dickens’ style yet make this book all her own. Oliver has been living quite happily with his “Uncle” Brownlow and has been living the life of a princeling as he calls it. A room all his own, all the books he can read, enough food to eat and love. But Uncle Brownlow dies and leaves Oliver in the care of man who doesn’t see what Oliver has become only what he used to be and never fails to tell anyone who will listen what an awful child he is. Oliver wants only to escape, live long enough to get his inheritance from his father and open a bookstore. With the help of some friends of his Uncle he is given a marvelous opportunity – an apprenticeship at a haberdashery. He resolves to make the best of it and learn all he can for his future shop.

Yet in the midst of all of this upheaval in his life a bit of his past returns to haunt him; Jack, the Artful Dodger, from Fagin’s gang returns and finds him. The last thing Oliver wants or needs is this reminder of what he was but something about Jack keeps pulling him in. Could it be that Jack was the only member of the gang who ever showed him the slightest bit of care? But Jack threatens his new life and his plans every time he appears in Oliver’s life and he won’t listen to Oliver – even when threats are made to call the Constables. Oliver suffers due to Jack’s visits and he can’t understand his inability to turn him in or his desire to keep his presence a secret.

This is an amazing book. If you have read any Dickens you will understand when I write that it carries the weight of the world and you feel it as you are reading it. It is not a happy book or always an easy book to read but the same can be said of any book covering subject matters such as the abuse of young orphans. It is true to the time in which it takes place. I had a very hard time putting it down once I started reading it and you can see that it is not a short tome. Ms. Pilz transported me to the poor underside of Victorian England with all of the dirt and stink that that entails. She continues Oliver’s story yet takes it to a place that I doubt anyone would have expected. I read through the 624 pages and I was disappointed that it was over – despite the darkness and sometimes overwhelming oppression. Ms. Pilz has continued a masterpiece with another.

You can see the Fagin’s Boy Tour Schedule

You can purchase Fagin’s Boy on Amazon.com

One lucky reader (US/CAN) will win a copy of Fagin’s Boy! How do you win? It’s easy – just hop on the Rafflecopter. Good luck everyone.