I received a free copy of Farewell My Life by Cynthia Haggard from Historical Fiction Virtual Book Tours. I was introduced to Ms. Haggard back in 2o11 when I read her book Thwarted Queen. 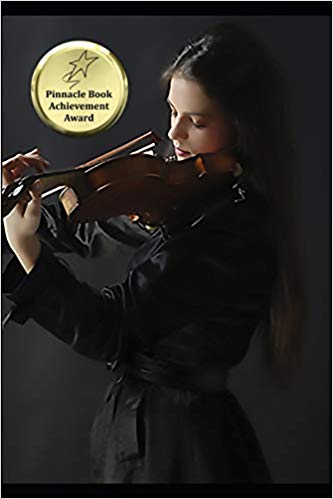 About Farewell My Life:

“Angelina led a life which required her to fib.” When Angelina, the black sheep of the Pagano family, meets the mysterious Mr. Russell, she has no idea that she has seen him before…in another country. And so begins “Farewell My Life,” a novel in three parts, which spins an operatic tale of dangerous love and loss.”The Lost Mother,” the first part of this novel, slices back and forth between time and space, opening in the charming village of Georgetown, Washington D.C. while reflecting a family’s troubled past in the lovely village of Marostica in the Italian Veneto.”An Unsuitable Suitor,” the second part of the novel, is a Cinderella-ish tale with not-so-charming princes who inhabit the edgy setting of 1920s Berlin.”Farewell My Life,” the last part of the novel, set again in Berlin, Germany, during the dark 1930s as the Nazis gain power, takes comfortable lives, assumptions and civilizations and crumbles them into ash. And all of this revolves around Grace, Angelina’s younger daughter, whose fabulous talent for the violin promises a shimmering career.

Cynthia Sally Haggard was born and reared in Surrey, England. About 30 years ago she surfaced in the United States, settling in the Mid-Atlantic region as she wound her way through four careers: violinist, cognitive scientist, medical writer, and novelist.

In June, 2015, Cynthia graduated with an MFA in Creative Writing from Lesley University, Cambridge MA.

Her first novel, “Thwarted Queen,” a frustrating tale (hence the title) of a woman who was nearly crowned Queen of England, was shortlisted for many awards, including the 2012 Eric Hoffer New Horizon Award for debut authors. To date, sales have surpassed 38,000 copies.

Her second novel, “Farewell My Life,” a Cinderella-ish tale with not-so-charming princes who inhabit the edgy setting of 1920s and 1930s Berlin during the rise of the Nazis, revolves around Grace, a shy 17-year-old, whose fabulous talent for the violin promises a shimmering career.

Cynthia’s biggest influence was her grandmother, Stephanie Treffry, who had a natural story-telling ability. As a widow in 1970s Britain, Grandma Stephanie didn’t drive a car, so would spend time waiting for buses. Her stories were about various encounters she had at those bus-stops. Nothing extraordinary, except that she made them so funny, everyone was in fits of laughter. A born entertainer, Cynthia tries to emulate her when she writes her novels. You can visit Cynthia at www.spunstories.com.

Farewell My Life is really three books in one; the first The Lost Mother, then An Unsuitable Suitor and finally the last book, Farewell My Life.  They tell the story of an Italian family living in Washington – a mother  – Angelina, her two daughters – Grace and Violet, and their aunt – Paulina.

In the first section the story begins with the girls’ mother Angelina and her unconventional manner of earning her living in the nation’s capitol. It was not a time when women generally worked and so she used her skills as best she could to try and support her family. It was in pursuit of finding another patron that she meets Mr. Russel, a man she can’t quite get a handle on like her other acquaintances. She brings him home and that’s when the trouble starts.

The middle section has the family moving to Germany so that Grace, the youngest daughter can train with a master in violin. She is quite talented and also quite naive particularly in how she is seen by men.  Berlin in the period between the two World Wars is city of contradictions. Grace finds herself pursued by a number of men and is she engaged?

The third book allows for the rise of Hitler and the Nazis as Berlin gets darker and darker. Grace finds herself married and has children but her marriage is more of a possession than a love affair. There are twisted relationships and true love might yet be out there somewhere. It ends on Kristallnacht with, if you ask me some questions left.

This was a dark family drama to say the least. Very compelling to read if quite difficult at times. The relationships are challenging and the time period is obviously not the most jolly in history. Ms. Haggard has a writing style that keeps the reader engaged even when the topic at hand is not pleasant. My only issue at all with the book was the ending – it just seemed very abrupt. Other than that I’m going to keep this one for a possible second read. I think it will be one that is appreciated better on a second go round.