They won a very special prize from those extra nice Island Cats – Ernie, Wally and Zoey. They were very excited to know that they had won and when it got here they were all over it. What was it? 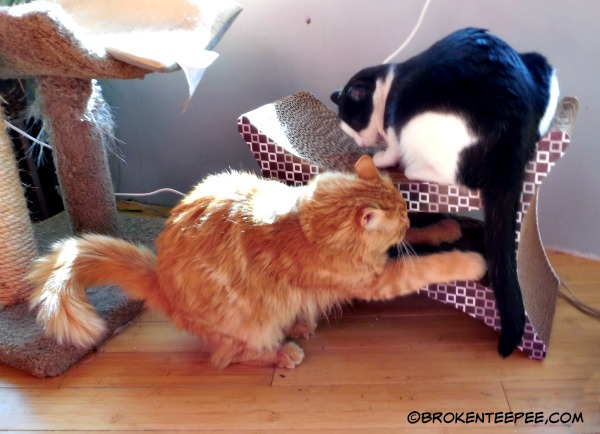 A uber-cool Imperial Cat Perch and Lounge. Harry and Sherpa the Farm cats gave it a look/see and try out AT THE SAME TIME! Can you believe your eyes?

OK – there was some Organic Catnip used. It came with the cat scratcher.

I have to admit that I really like how it looks in the yurt. It is very modern in styling and the colors were perfect. It’s very sturdy and the cats really like it. I’ve found all four of them on it at one time or another. 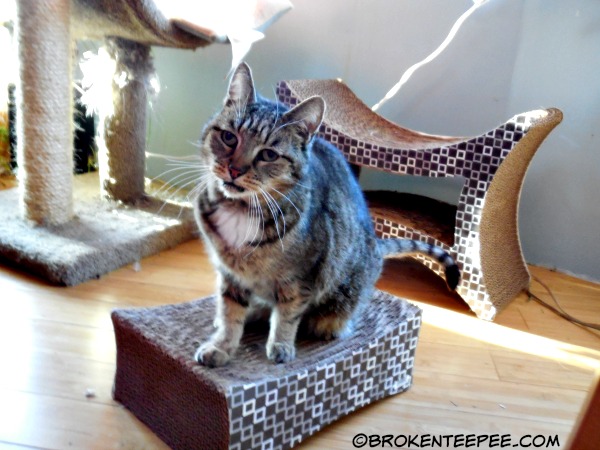 Stinky likes the insert. I just pushed the middle part out and left it off to the side. I’ll find her sitting on it watching the dust bunnies float by. Until…. 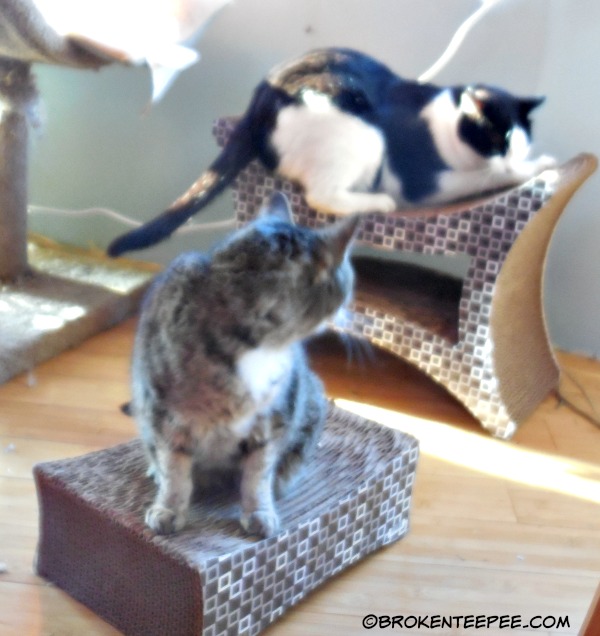 The Farm cats thank Wally, Ernie and Zoey for having the contest and Imperial Cat for having such cool cat scratchers. You should check out their site – they have all kinds of cool cat things. You can find them on Twitter and Facebook.

You can also check out their very cool Donation Program for Shelters.