The Farm cats received a discount on a Pets Can Play Tunnel. All opinions are their own. 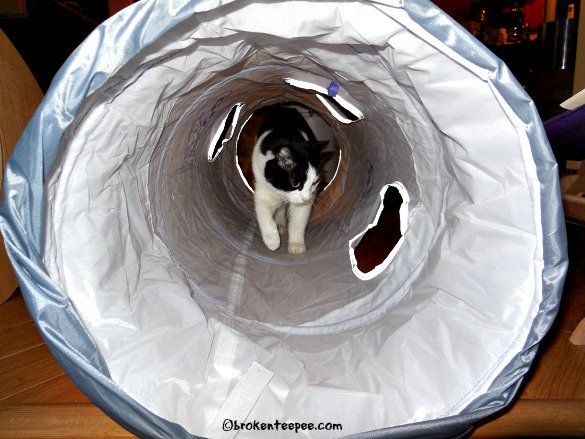 To say that the Farm cats are spoiled is to state something so obvious as to say that January is the first month of the year. To that end when the opportunity arose to be able to acquire them a tunnel toy I was all over it. I had read all of these stories about how much cats like tunnels – I could understand that knowing how much they like to be in things. I had just never gotten around to getting them one.  I put this one down and Harry the Farm cat was in it even before I had it completely unfolded. 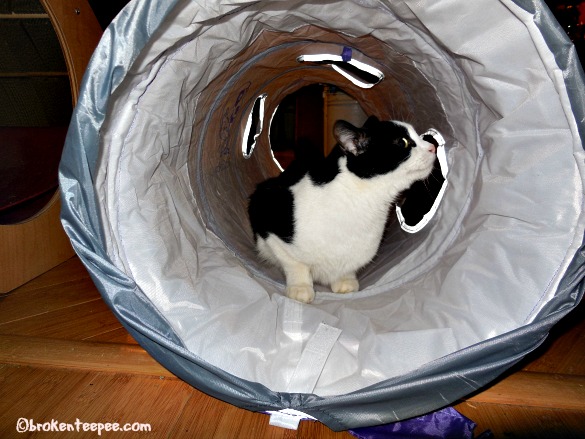 He had some fun checking it out. I hadn’t seen him this excited in quite a while. He went back and forth and forth and back checking out the peek holes. The tunnel is made of a very sturdy material and it folds back up easily for storage. It also is very unique in that you can bend it to make it more fun for your pet. The tunnel is big enough for small dogs and small enough for guinea pigs and ferrets.

Harry thought he was all set for some fun times but then….. 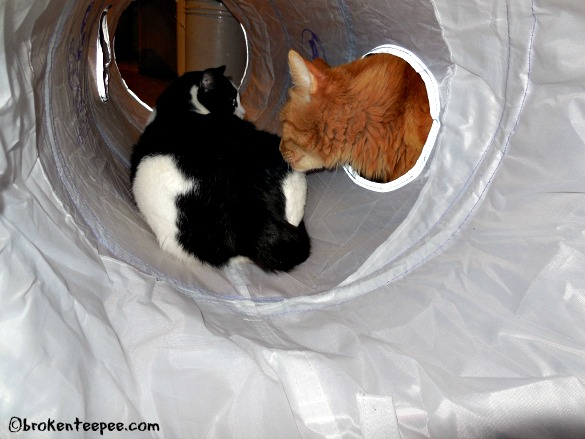 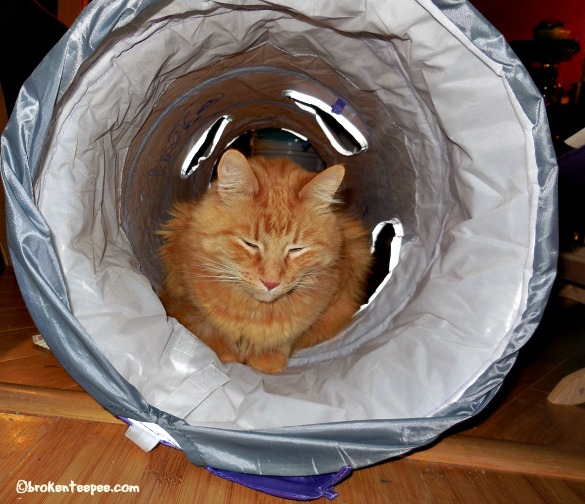 Uh-huh. Sherpa went for a nap inside of the tunnel. Somehow that cat always wins. I don’t know how he does it! He stayed in there for quite a while. Between the two of them I would say that the tunnel is a hit. Stinky and Pumpkin haven’t been allowed near it. I suspect this is going to be a big hit around her. 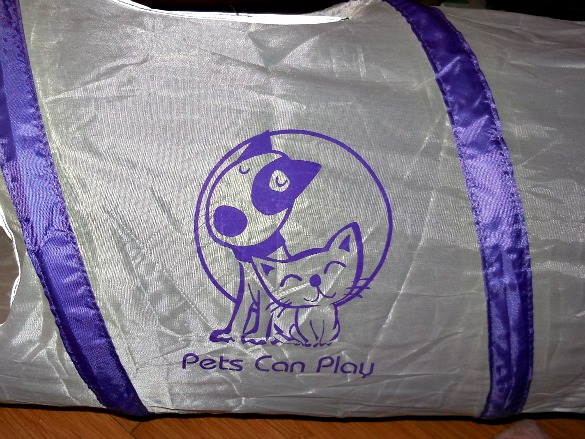