Exciting news! The first 3 books of the Hiro Hattori series by Susan Span are being re-released by Seventh Street Press. I have long enjoyed reading these books; I reviewed my first, The Blade of the Samurai in 2014. In fact I have read all of Ms. Spann’s Shinobi Series books but for the one that started it all, Claws of the Cat. 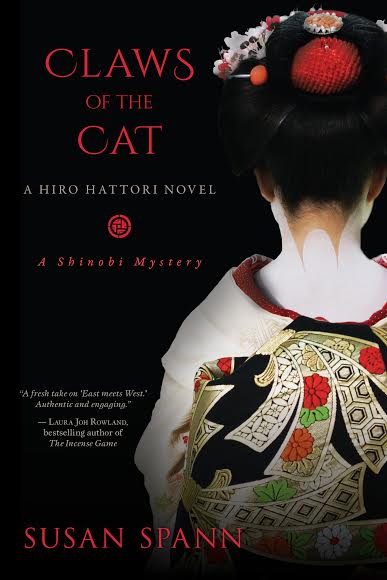 About Claws of the Cat :

May 1564: When a samurai is brutally murdered in a Kyoto teahouse, master ninja Hiro has no desire to get involved. But the beautiful entertainer accused of the crime enlists the help of Father Mateo, the Portuguese Jesuit Hiro is sworn to protect, leaving the master shinobi with just three days to find the killer in order to save the girl and the priest from execution.

The investigation plunges Hiro and Father Mateo into the dangerous waters of Kyoto’s floating world, where they learn that everyone from the elusive teahouse owner to the dead man’s dishonored brother has a motive to keep the samurai’s death a mystery. A rare murder weapon favored by ninja assassins, a female samurai warrior, and a hidden affair leave Hiro with too many suspects and far too little time. Worse, the ninja’s investigation uncovers a host of secrets that threaten not only Father Mateo and the teahouse, but the very future of Japan.

Susan Spann is the bestselling author of the Hiro Hattori Novels (Shinobi Mysteries) featuring master ninja Hiro Hattori and Portuguese Jesuit Father Mateo. Her first novel, CLAWS OF THE CAT (Minotaur Books, 2013) was a Library Journal Mystery Debut of the Month and a finalist for the Silver Falchion Award for Best First Novel.

Susan’s sixth Hiro Hattori novel, TRIAL ON MOUNT KOYA (Seventh Street Books, July 2018) released to critical acclaim, and pays homage to Agatha Christie’s iconic AND THEN THERE WERE NONE.

When not writing, she travels across Japan, climbing mountains and sharing photographs of her adventures on her blog and social media. She is also working on an upcoming nonfiction book about her choice to “break free from safe” and climb 100 Japanese mountains in a single year (scheduled for publication by Prometheus Books in early 2020).

The newly released books will all have sparkling new covers to celebrate their re-entry into the reading world. I’ve shown Claws of the Cat (purchase link) above. Isn’t it just lovely? The second book in the series is Blade of the Samurai. To see that cover you can head over to my Instagram feed HERE.  The final book of the the three being re-released is Flask of the Drunken Master, (purchase link) which I reviewed in 2015. 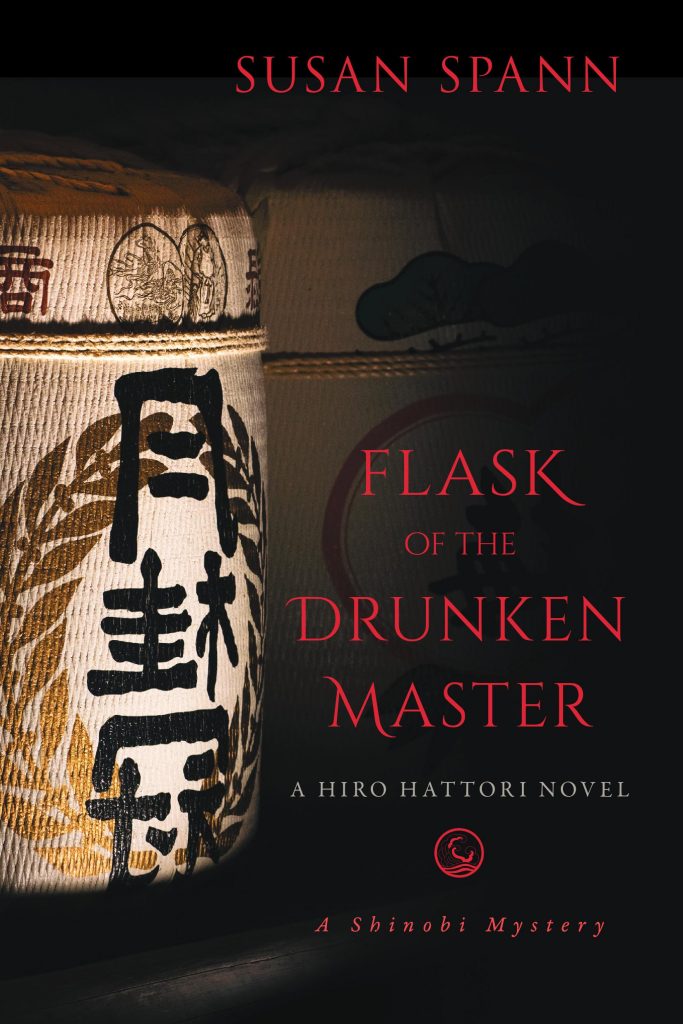 The other books in the Shinobi Mystery series include:

A new book in the series should be out later this year! I will look forward to it. Hiro and Father Mateo (and their cat) are two of my favorite characters.

I have a copy of Blade of the Samurai (purchase link) to give away to one lucky US reader. Just enter as many ways as you would like on the Gleam widget below. Full rules are on the widget. Good luck everyone!