From the Garden: Celery and Carrots and Corn OH MY!

Despite the hubby’s dire predictions of a horrible gardening season due to the very wet spring we had here in Western Montana it flourished. As you have seen from my previous From the Garden posts there has been a lot of produce, well produced.


The weather forecast was threatening frost so he decided to harvest some of the vegetables that he could not cover with his spiffy row cover system that he bought this year. So in came the celery, carrots and the corn.


Yes, I said celery. Who knew? I never gave much thought to actually growing celery. It was just something I bought when I made soup. Then someone came into the food bank where I volunteer with some gorgeous celery that they had grown in their garden. I mentioned it to the hubby and he said he’d give it a try. Voila… 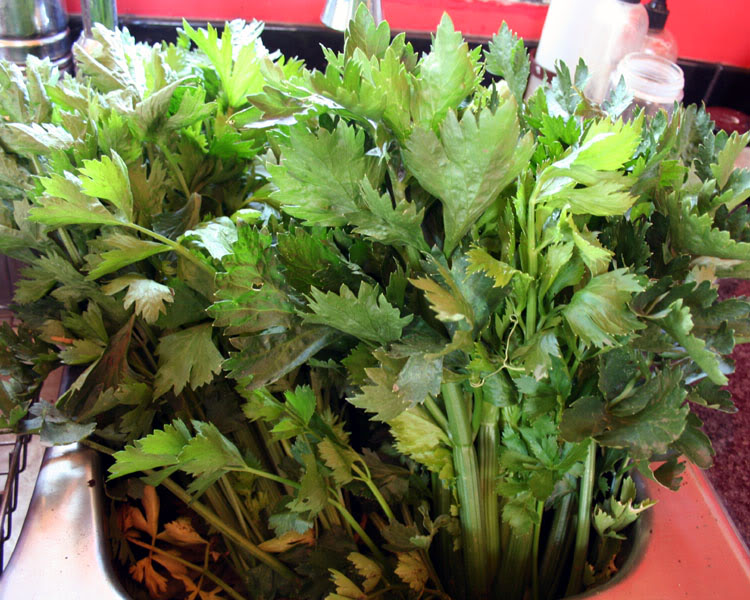 It grew quite well! It was very leafy and the stalks weren’t too developed but since I was mostly looking for the leaves anyway it worked out well. He grew three which was plenty since I was just going to freeze it to put into soup or stock. The stalks that were big enough I cleaned and put in the refrigerator for us to much when we wanted a snack. 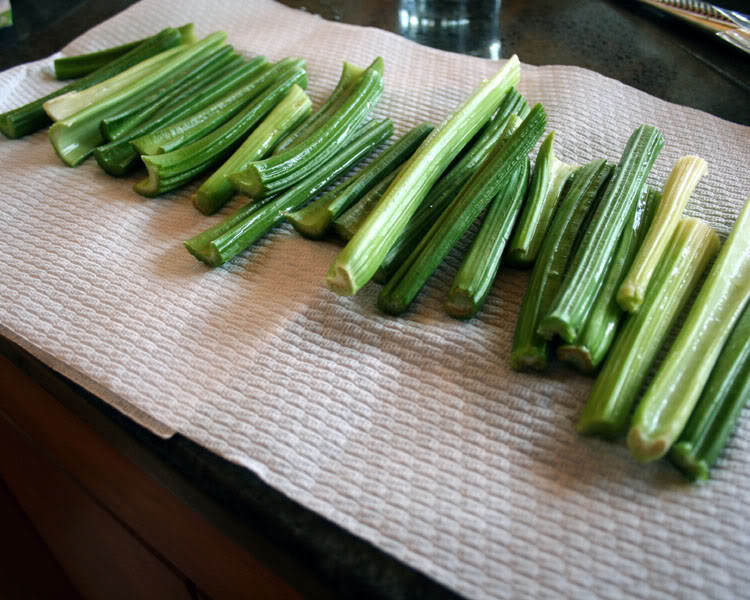 I had never eaten fresh from the garden celery before and I cannot tell you how delicious it is. The stuff you buy in the store is so washed out in flavor compared to what he grew. It was so celery-y. heh And super crisp. We had some last night in a simple tomato and celery salad with olive oil and balsamic vinegar and it was delightful; a perfect compliment to the first ripe tomato of the season. I’ll ask him to plant it again.


Sadly, the carrot harvest was minuscule. This was my fault. I thought it would be cool to give him some heirloom seeds for Christmas. I bought them from a seller on Etsy – I found red, yellow and purple carrots in addition to regular orange. I thought it would be fun to have all these colored carrots. They didn’t grow. The seeds just didn’t germinate. Needless to say I will not buy carrot seeds from the seller again. Now I bought the turnip seeds from this same seller and they grew just fine so who knows….. 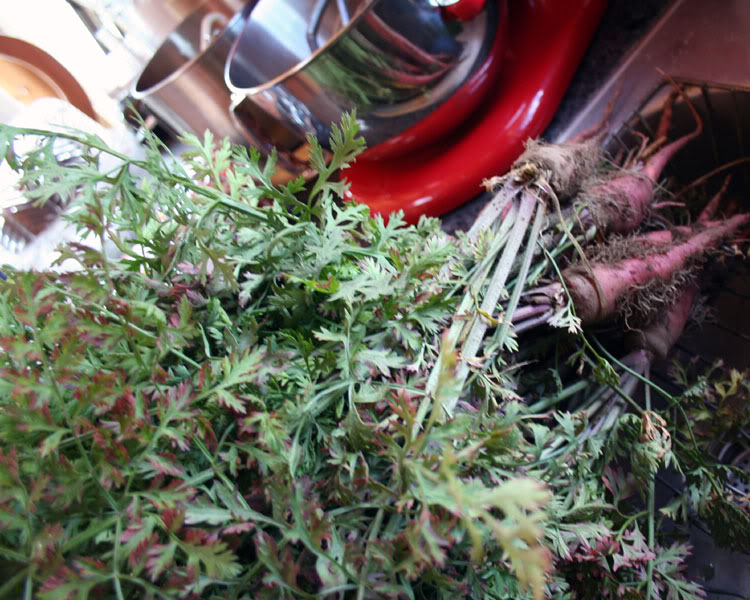 This is the sum total of the carrot harvest. 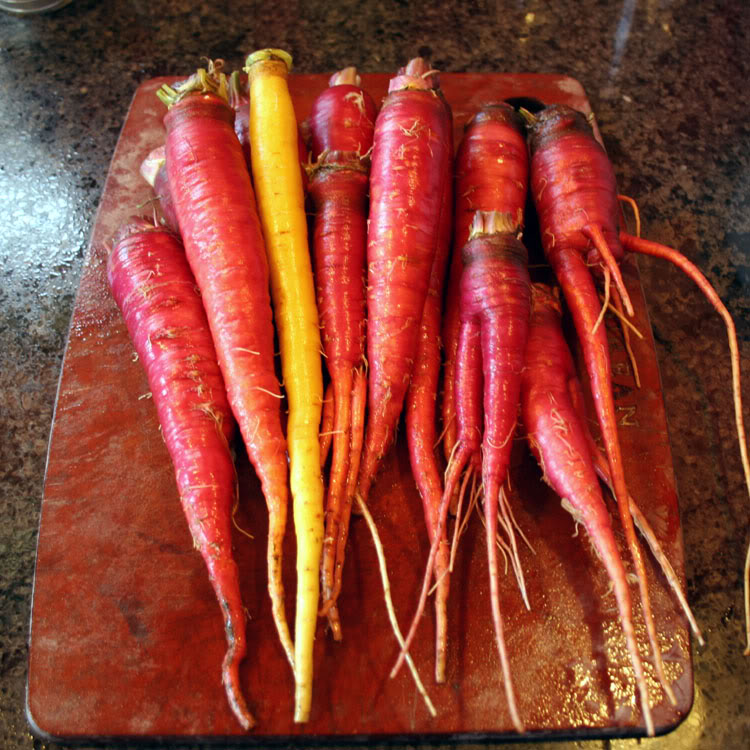 Last year there were over 50lbs of carrots so you can see that this is a bit less.
Just a bit….
Only one, sad yellow carrot.
*sigh*
And worst of all?
NO CARROT TOPS FOR THE GOATS.
They were devastated.


The corn harvest was great! Since last year netted 347 ears I asked him to scale it back a little this year. I still had a lot left over in the freezer and no space for more this year. I was going to have to can whatever came in this year. 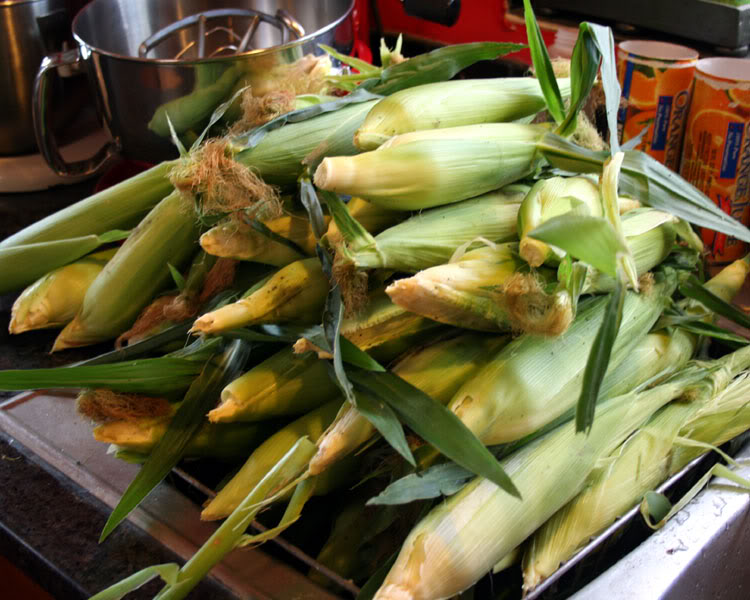 110 ears.
Nothing to shake a stick at to be sure. It was delicious and sweet but we had one problem we had not encountered in past years…. 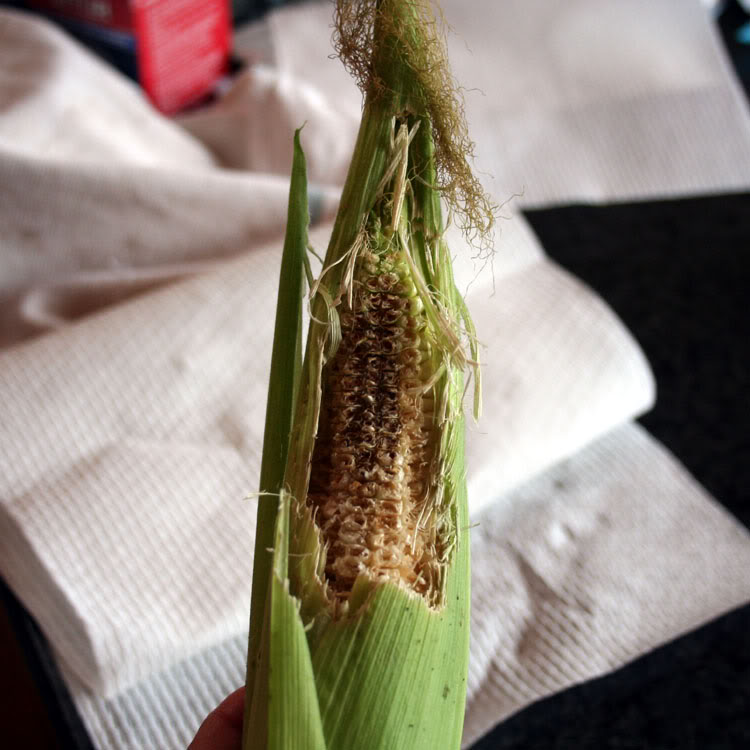 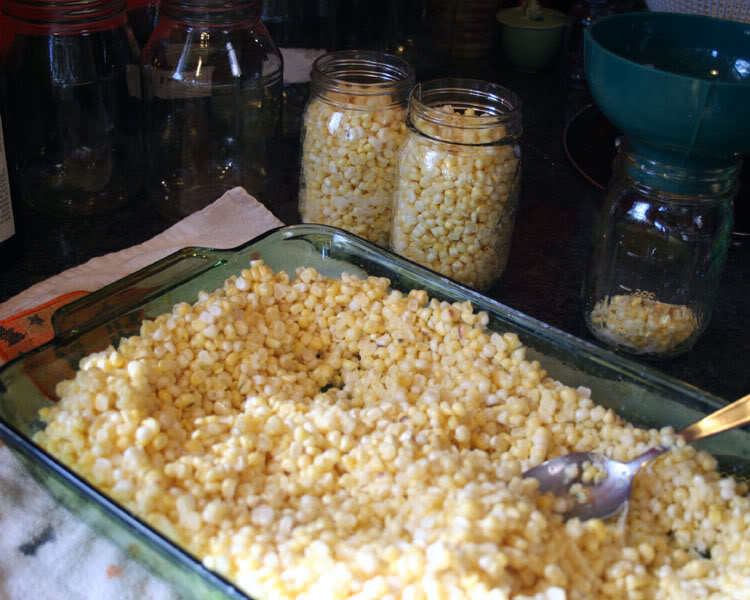 When all was said and done I canned 14 pints of corn. It will be yummy in the winter.


We ended up having three nights of frost – not a killing frost but enough. The beans are done, the snow peas are dead too. But the zucchini? The damn zucchini lives on….. 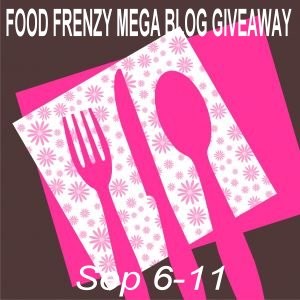 Be sure to check out the Food Frenzy Mega Blog Event! One lucky reader across all the blogs will win an exciting prize pack full of lots of great food based products. You can enter HERE! Or just click on the picture above.  Good luck!  Come back tomorrow and I’ll show you a recipe for a yummy soup/stew using some products from Thai Kitchen, one of my sponsors for the event.