From the Garden: Watermelon, Part II and Cantaloupe

You might recall that the hubby is growing me some watermelons. I went out to the garden to check on them. Let’s just say that the watermelon crop is doing just fine…. 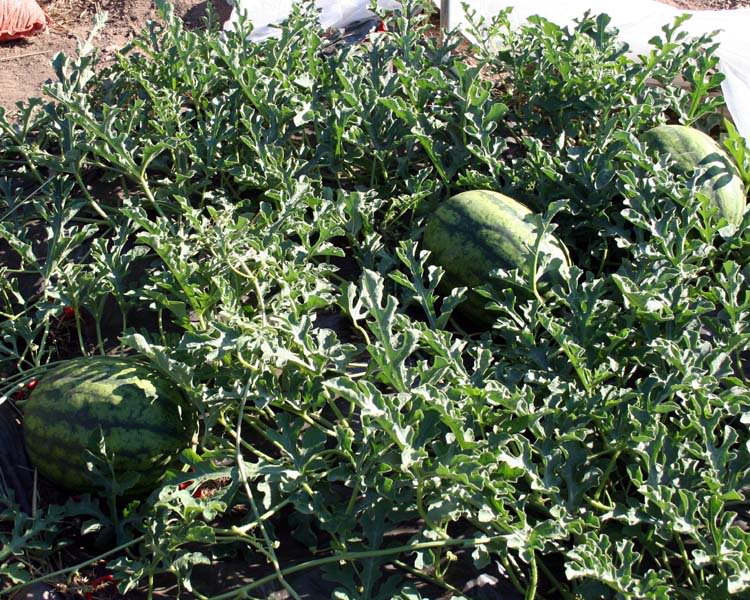 I was amazed! I found watermelons everywhere! These are the three largest. 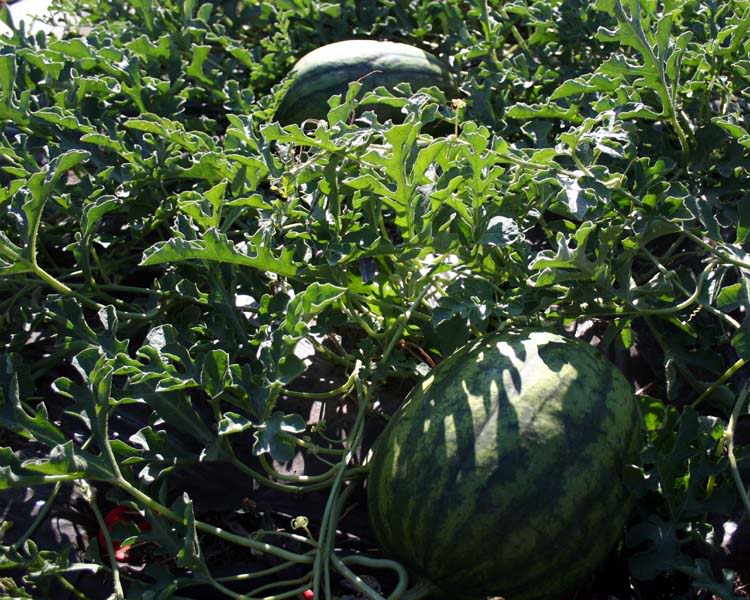 The little buggers like to hide.
For all I know there is a gigantic watermelon out there yet to be found. 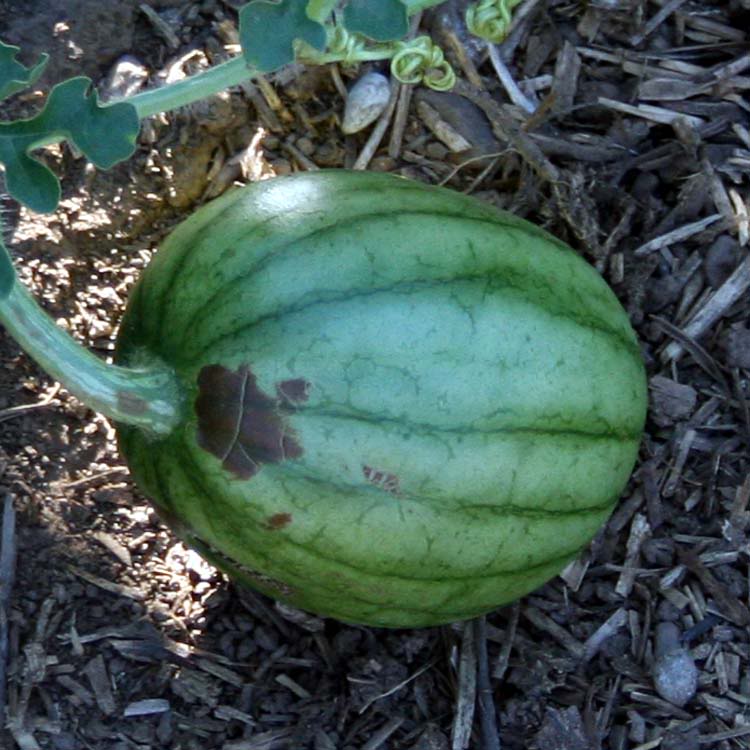 Then there are the cute little ones that will not grow big enough to be harvested before the killing frost. Poor little melon; doomed to die. 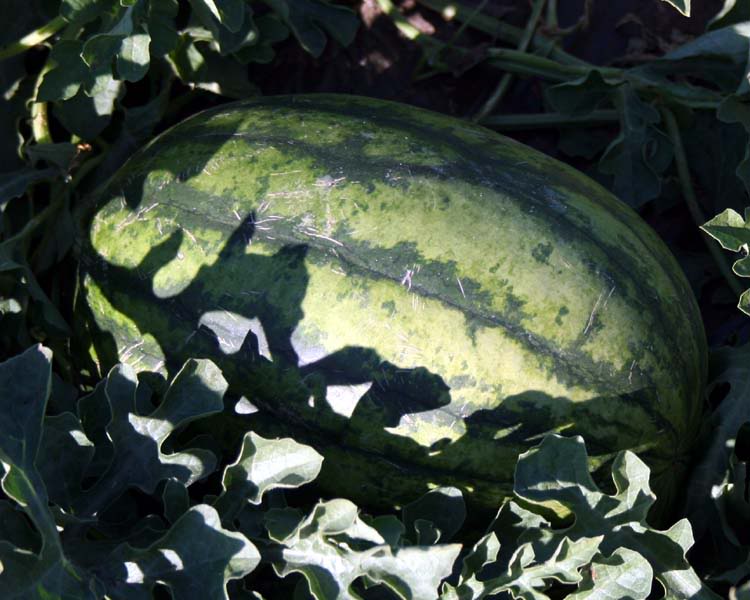 But this one – this one is doing just fine! 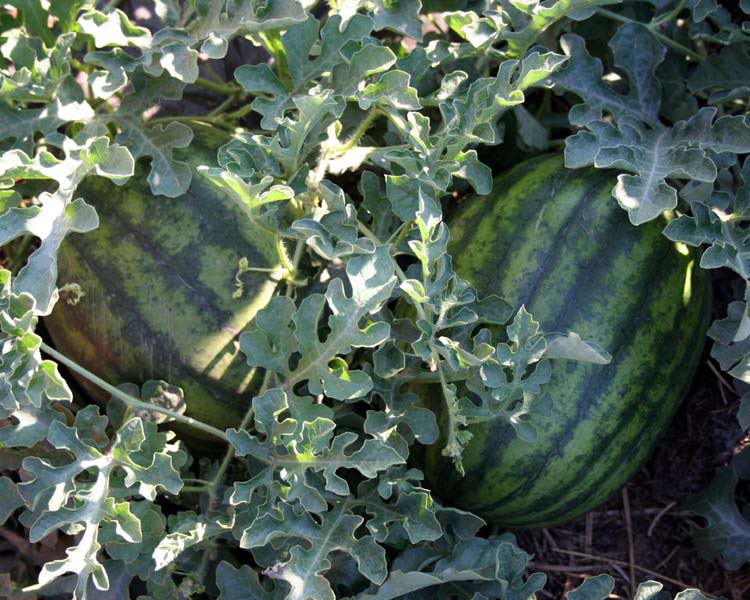 
He also planted cantaloupes.
Mmmmm, I can taste the melon and prosciutto now. 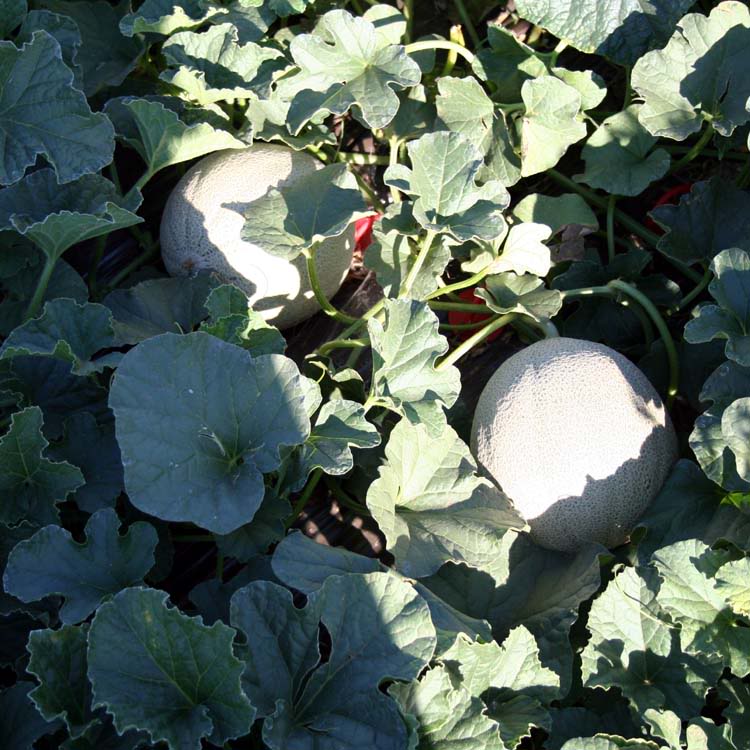 Two of them are growing quite well. 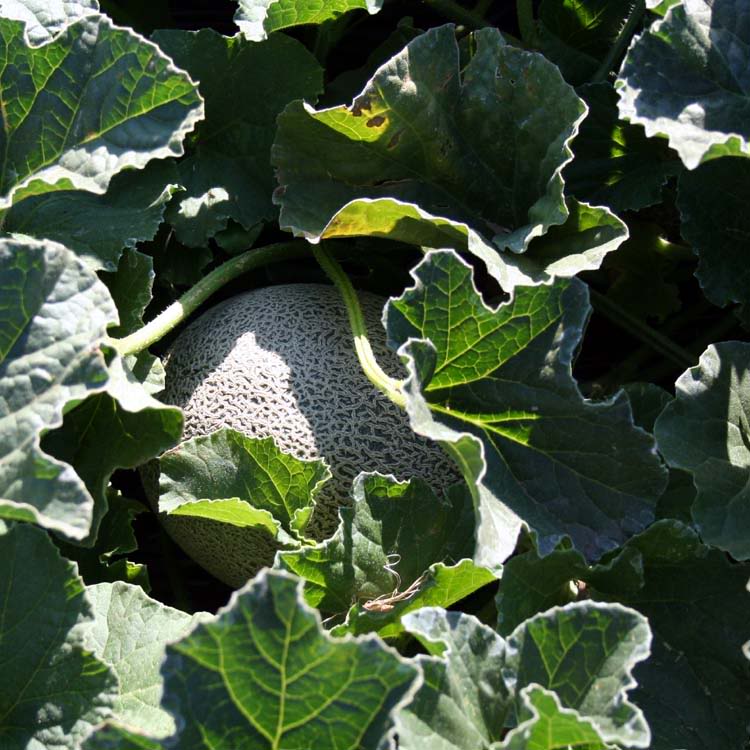 The others are still quite green and I fear they will face the same fate as the little watermelons.
Oh well. He has said he learned quite a bit this year and that next year there will be many more melons.


We did bring one of the watermelons in to see if it was ripe. We were hoping it would be better than the last one we brought in. 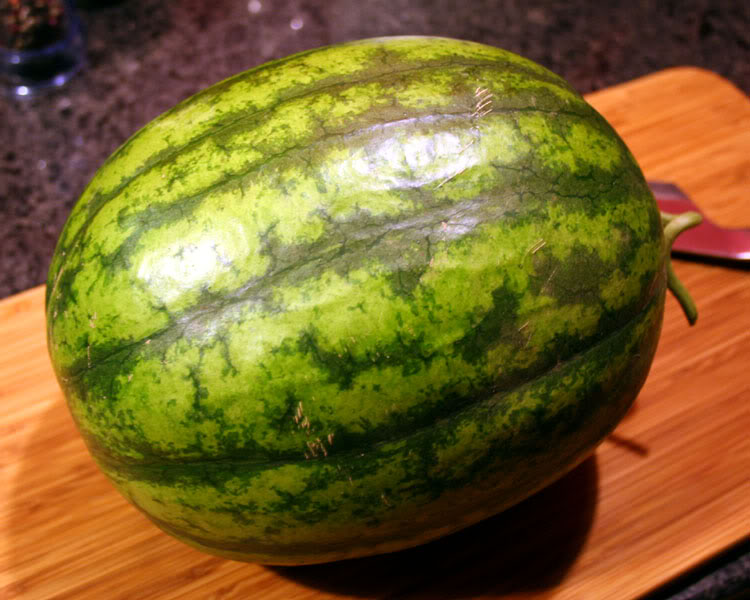 It passed all the tests for ripeness; it sounded hollow when we thunked on it, it was yellow on the bottom and the next tendril on the  vine was brown. I cut into it and behold! 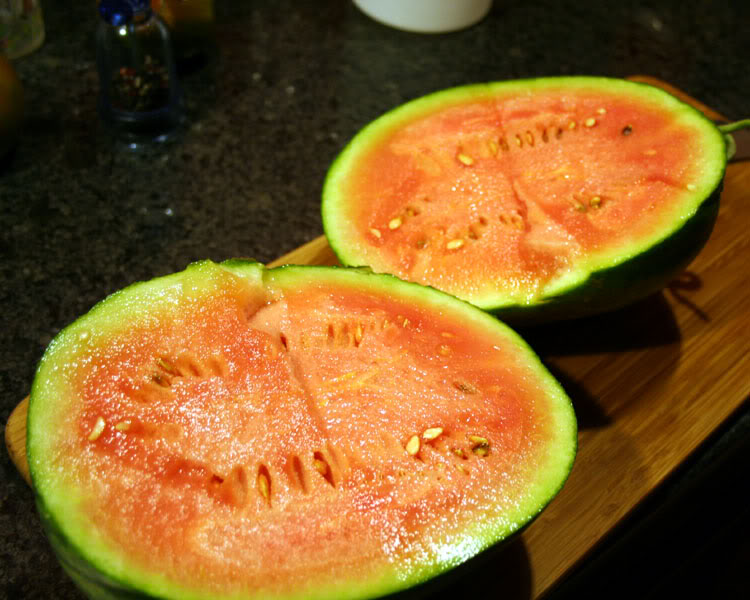 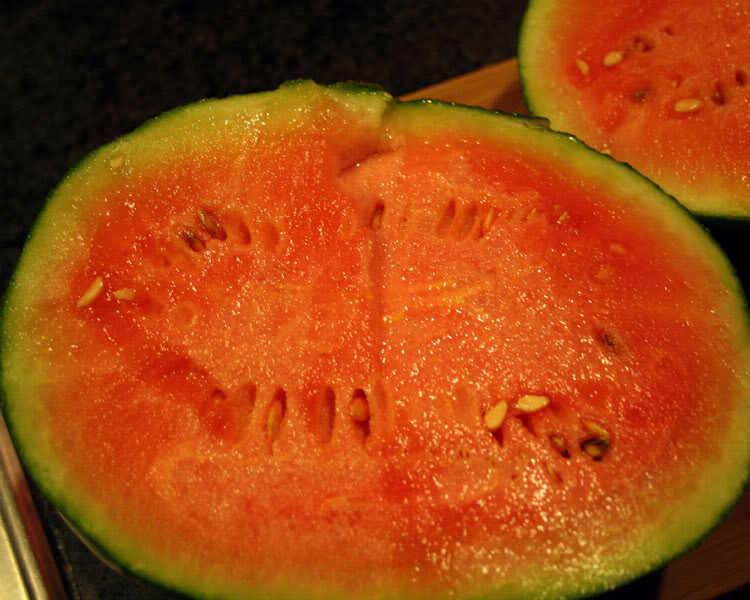 It was so sweet it was like eating candy.
Candy that was actually good for you! 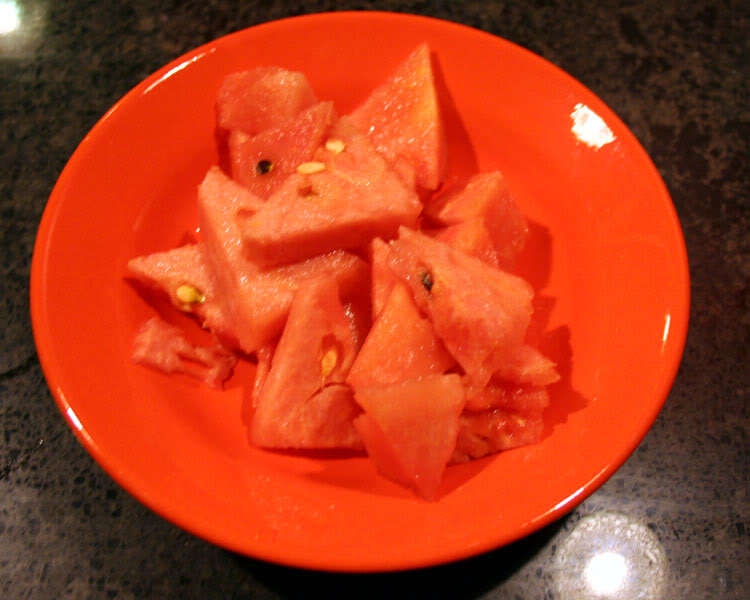 We are bringing in another one tonight!
Mmmmm, watermelon.