10 Great Beach Reads for Summer Vacation and Beyond

It is no secret that I read a lot of books. Summer will soon be here and I know a lot of you will be looking to spend some leisure time with a good book – whether that be at the beach or just curled up in your favorite chair. By definition a good “beach read” is a book that isn’t too deep, has engaging characters and the prose keeps the pages turning. I’ve got recommendations for 10 great beach reads –  I may have strayed a little from the “not too deep” part of the definition. But that’s OK – for me, these were all very satisfying reads.

All of the books I reference below I have read and my review is linked. You will also find a purchase link in case you just can’t wait to read it! My reading tastes are very eclectic as I am sure you will note. I think it is vital to read different genres. Although these days I do tend to stay away from thrillers as I like my sleep.

Living as an independent woman in the late 19th century, Eliza Waite struggles with societal norms, gender inequalities, and elusive love. After the tragic death of her husband and son on a remote island in Washington’s San Juan Islands, Eliza joins the throng of miners, fortune hunters, business owners, con men, and prostitutes traveling north to the Klondike in the spring of 1898 in search of their personal piece of gold.

The Lost Castle by Kristy Cambron (read my review):

Ellie Carver arrives at her grandmother’s bedside expecting to find her silently slipping away. Instead, the beloved woman begins speaking. Of a secret past and castle ruins forgotten by time. Of a hidden chapel that served as a rendezvous for the French Resistance in World War II. Of lost love and deep regret . . .

The Hunger by Alma Katsu (read my 5* review):

Evil is invisible, and it is everywhere.
That is the only way to explain the series of misfortunes that have plagued the wagon train known as the Donner Party. Depleted rations, bitter quarrels, and the mysterious death of a little boy have driven the isolated travelers to the brink of madness. Though they dream of what awaits them in the West, long-buried secrets begin to emerge, and dissent among them escalates to the point of murder and chaos. They cannot seem to escape tragedy…or the feelings that someone–or something–is stalking them. Whether it’s a curse from the beautiful Tamsen Donner (who some think might be a witch), their ill-advised choice of route through uncharted terrain, or just plain bad luck, the ninety men, women, and children of the Donner Party are heading into one of one of the deadliest and most disastrous Western adventures in American history.

Between Earth and Sky by Amanda Skanandore (read my 5* review):

On a quiet Philadelphia morning in 1906, a newspaper headline catapults Alma Mitchell back to her past. A federal agent is dead, and the murder suspect is Alma’s childhood friend, Harry Muskrat. Harry—or Asku, as Alma knew him—was the most promising student at the “savage-taming” boarding school run by her father, where Alma was the only white pupil. Created in the wake of the Indian Wars, the Stover School was intended to assimilate the children of neighboring reservations. Instead, it robbed them of everything they’d known—language, customs, even their names—and left a heartbreaking legacy in its wake.

Caroline Murphy swore she’d never set foot back in the small Southern town of Peachtree Bluff; she was a New York girl born and bred and the worst day of her life was when, in the wake of her father’s death, her mother selfishly forced her to move—during her senior year of high school, no less—back to that hick-infested rat trap where she’d spent her childhood summers. But now that her marriage to a New York high society heir has fallen apart in a very public, very embarrassing fashion, a pregnant Caroline decides to escape the gossipmongers with her nine-year-old daughter and head home to her mother, Ansley.

The Scribe of Siena by Melodie Winawer (read my 5* review):

Accomplished neurosurgeon Beatrice Trovato knows that her deep empathy for her patients is starting to impede her work. So when her beloved brother passes away, she welcomes the unexpected trip to the Tuscan city of Siena to resolve his estate, even as she wrestles with grief. But as she delves deeper into her brother’s affairs, she discovers intrigue she never imagined—a 700-year-old conspiracy to decimate the city.

The Writing Desk by Rachel Hauck (read my review):

Tenley Roth’s first book was a runaway bestseller. Now that her second book is due, she’s locked in fear. Can she repeat her earlier success or is she a fraud who has run out of inspiration?

The Memory Painter by Gwendolyn Womack (read my review):

Bryan Pierce is an internationally famous artist, whose paintings have dazzled the world. But there’s a secret to Bryan’s success: Every canvas is inspired by an unusually vivid dream. Bryan believes these dreams are really recollections―possibly even flashback from another life―and he has always hoped that his art will lead him to an answer. And when he meets Linz Jacobs, a neurogenticist who recognizes a recurring childhood nightmare in one Bryan’s paintings, he is convinced she holds the key.

Sometimes the greatest dream starts with the smallest element. A single cell, joining with another. And then dividing. And just like that, the world changes. Annie Harlow knows how lucky she is. The producer of a popular television cooking show, she loves her handsome husband and the beautiful Los Angeles home they share. And now, she’s pregnant with their first child. But in an instant, her life is shattered. And when Annie awakes from a yearlong coma, she discovers that time isn’t the only thing she’s lost.

The House on Harbor Hill by Shelly Stratton (read my review):

She’s generous, kind, and compassionate–yet Delilah Grey will forever be an outcast in the small seaside town of Camden Beach, Maryland. She takes in women shattered by abuse, poverty, illness, or events beyond their control. But no matter how far she’s come or how many she’s helped find their way back, there is no safe place for Delilah. Acquitted of her rich husband’s mysterious death decades ago, she lives in her beautiful mansion consumed by secrets–and mistakes she feels she can never atone for. . . . Until she takes in desperate mother Tracey Walters and her two young children. 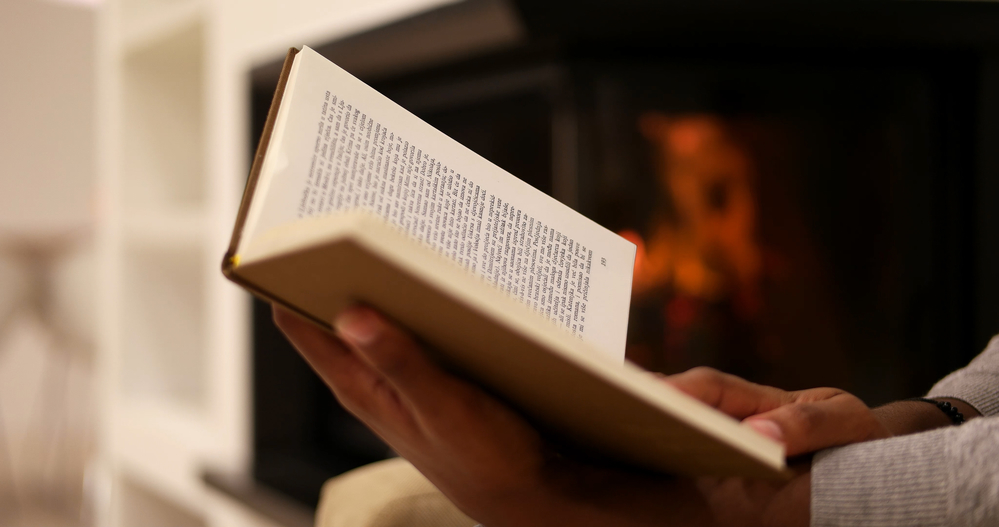 Great Beach Reads are NOT Just for Summer!

Even though I’ve called them “beach reads” it doesn’t mean that these books aren’t compelling novels for all year ’round! You will also find them great entertainment while curled up in front of the fire.  Add a cup of hot tea or chocolate and nirvana is not far away. If you ask me, a good book is there for you all year long.

You can put these delightful tales on your birthday or holiday wishlists. That way when someone is shopping for you they have an easy gift pick. They will know that the gift they choose is something you will truly enjoy. Which do you think will become a favorite?