Guest Post from Sandra Byrd Author of To Die For: A Novel of Anne Boleyn

I am very pleased to welcome Sandra Bryd, author of To Die For: A Novel of Anne Boleyn a new tale about Anne Boleyn from the point of view of her best friend, Meg Wyatt.  I will have my review of this book on September 2nd but the Tour has started and you can read see the stops at Historical Fiction Virtual Book Tours. 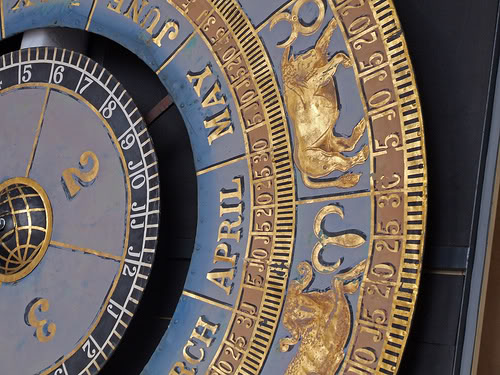 When most visitors arrive at Hampton Court Palace, they come through the stately gatehouse near the second, inner court, on the “Tudor side” of the palace. Once at the gatehouse, the eye is first drawn to is the astonishing astronomical clock that still functions in spite of being more than five hundred years old, although its mechanisms have been replaced at least once.

According to Simon Thurley in his book, Hampton Court Palace, the clock not only tracks the time of day, it shows the phases of the moon, displays the month and quarter of the year, the date, the sun and star signs, and uniquely, the high water at London Bridge. Thurley tells us that tidal information was especially important to those visiting by barge from London, as at low water London Bridge created dangerous rapids. The gatehouse and rooms around the clock are also well known as they were the sumptuous chambers of Anne Boleyn. They were adapted for her as she, understandably, didn’t want to use Katharine of Aragon’s old rooms, which stand directly opposite hers – an interesting juxtaposition.

The gatehouse is known today as Anne Boleyn’s Gate, and sadly, work was still underway on Anne Boleyn’s apartments above that gate on the day the King had her unjustly executed. Her rooms today have been enveloped by, ironically, the Young Henry Exhibit as well as parts of the gift shops. However, as romantic as the notion may be, the gatehouse would not have been called Anne Boleyn’s Gate during the Tudor period. Instead, the name allegedly comes from the Victorian period, as do the entwined H&As in its ceiling.

How interesting! Anne Boleyn has gone down in history as the whore who ruined a kingdom. As with most strong women in history her detractors have written her story. As I always say – it’s the victors who write the history and the losers who suffer by it.

To learn more you can visit Sandra Byrd’s website

Roses Have Thorns
The Secret Keeper
To Die For

A Lady in Disguise 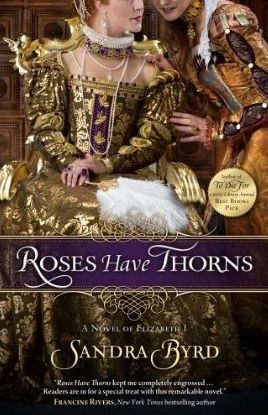 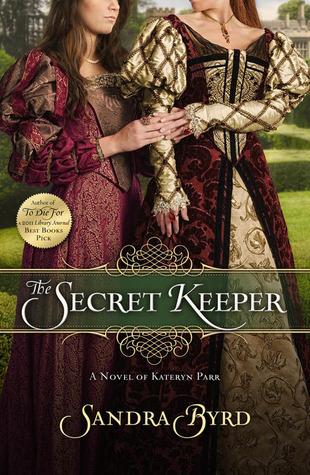 I received a free copy of The Secret Keeper for my honest review. About the Book: The author of To Die For returns to the court of Henry VIII as a young woman is caught between love and honor.  Juliana St. John is the daughter […]

I received a free copy of To Die For for my honest review. About the Book:  What would you sacrifice for your best friend?  Would you die for her? Meg Wyatt has been Anne Boleyn’s closest friend ever since they grew up together on neighboring […]