I always count myself lucky when I am offered the opportunity to read a book by Anna Belfrage. I have been reading her books since I started with her Graham Saga. I am now pleased to begin a new series starting with His Castilian Hawk. 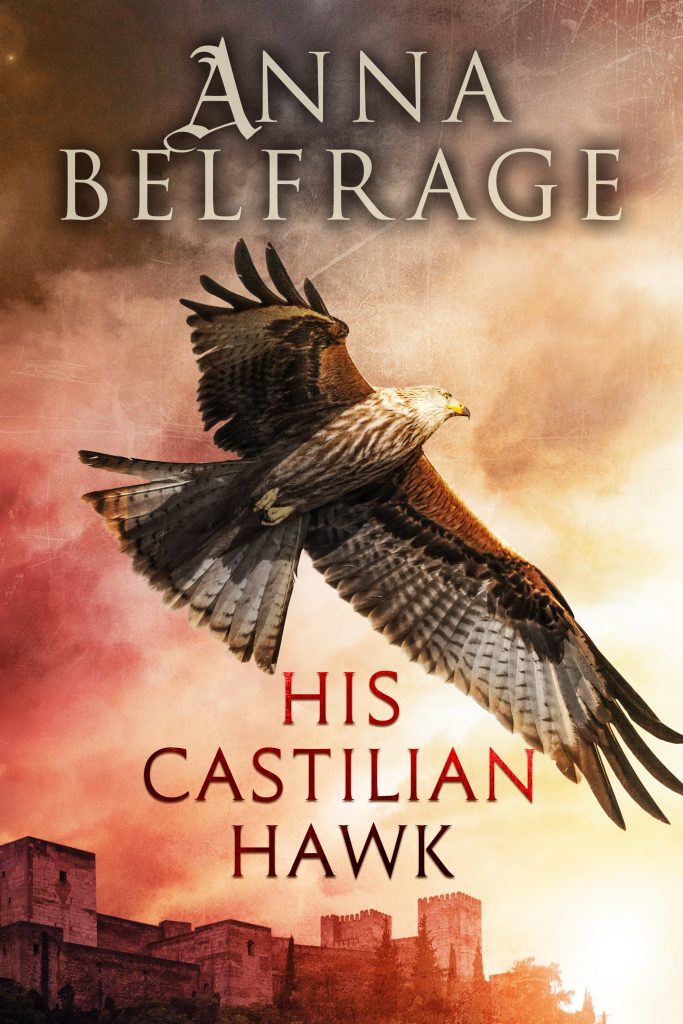 About His Castilian Hawk:

For the king’s loyal man-at-arms, Robert FitzStephan, being given Eleanor d’Outremer’s hand in marriage is an honour he could never dream of. For Eleanor, being obliged to wed the man responsible for the deaths of her father and brother is not quite as much of a fairy tale. Not that she has any choice: in this the year 1282, King Edward I rules absolute and he has far bigger concerns than the fate of one young woman—he has the conquest of Wales to plan.

Robert FitzStephan has served Edward Longshanks since the age of twelve. A loyal and trusted captain, he has ridden with Edward to the Holy Land and back, fought at his side in innumerable skirmishes. Now he is riding with his king to once and for all bring Wales under English control.

Eleanor d’Outremer—Noor to family and friends—has grown up lonely. Her Castilian mother died when Noor was a child, her father and brother have rarely been home and now they are off to fight in Wales. When a messenger arrives telling her both father and brother are dead and that the king has ordered her to wed an unknown upstart named Robert FitzStephan, she has no choice but to comply. After all, it seems her dead kin were riding against the king, not for him, when they died.

While Robert is more than happy to be the lord of Orton Castle, he is not immediately taken by his plump little wife. She is young and innocent, a far cry from the willowy and statuesque Edith that has warmed Robert’s—and many others—bed for years. When Noor understands just how close Robert and Edith are, she makes a drastic attempt to have the marriage annulled. That does not go down well with Robert, surprised into realising he has not wed a plump dove but a proud Castilian hawk—a hawk he must woo or lose forever.

Her most recent release, A Torch in His Heart, is a step out of her comfort zone. Having previously published historical fiction & historical romance, with this first book about Jason and Helle Anna offers a dark and titillating contemporary romance, complete with a time-slip angle and hot & steamy scenes.

Her first series, The Graham Saga, is set in 17th century Scotland and Virginia/Maryland. It tells the story of Matthew and Alex, two people who should never have met – not when she was born three hundred years after him. With this heady blend of time-travel, romance, adventure, high drama and historical accuracy, Anna hopes to entertain and captivate, and is more than thrilled when readers tell her just how much they love her books and her characters. There are nine books in the series so far, but Anna is considering adding one or two more…

Her second series is set in the 1320s and features Adam de Guirande, his wife Kit, and their adventures and misfortunes in connection with Roger Mortimer’s rise to power. The King’s Greatest Enemy is a series where passion and drama play out against a complex political situation, where today’s traitor may be tomorrow’s hero, and the Wheel of Fortune never stops rolling.

If you want to know more about Anna, why not visit her website, https://www.annabelfrage.com

This is the first book in a trilogy surrounding Lady Eleanor d’Outremer and Robert FitzStephan. Robert is loyal  to Edward I and has been since before he took the throne. As a reward for that loyalty Edward rewards Robert with the hand of Lady Eleanor and all of her lands – after he kills her father and brother in a confusing raid. Eleanor – called Noor – is not happy with this arrangement at first but has little choice in the matter. What the King commands must be obeyed.

But these two find that they are quite well suited to one another and find themselves enjoying one anothers company and form a strong bond but there is one problem – Edith, Robert’s former lover who doesn’t want to be put aside. Edith is angry that Robert didn’t marry her and that he is now putting her aside to be faithful to his wife.

As Eleanor and Robert forge their life together they have to navigate a treacherous world but they have each other.

I am a big fan of Ms. Belfrage’s books and was very excited to learn she had a new series available. As far as I can glean this is to be a trilogy so there are more adventures ahead for these two. Robert is the kind of hero any woman would want on her side and Eleanor is fiesty and smart.

The book read very quickly and I was engaged from the beginning. As with all of Ms. Belfrage’s books the characters are well developed and the storyline is engrossing. The bad guys are evil and I am very much looking forward to Robert and Eleanor’s further adventures. 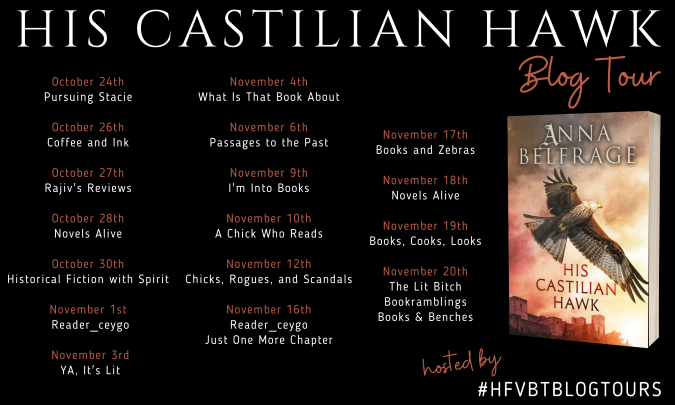