A House Without Windows by Nadia Hashimi – Book Giveaway

I will be reviewing A House Without Windows in November so be sure to check back for my thoughts. For now I have a giveaway for you thanks to Harper Collins. 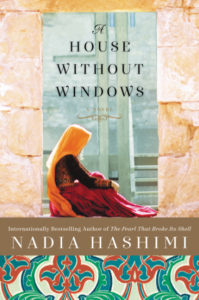 A vivid, spellbinding story of murder, survival, sisterhood, and a mother’s love that illuminates the plight of women in a traditional culture from the author of the bestseller The Pearl That Broke Its Shell

For most of her life Zeba has lived quietly in an Afghan village, a loyal wife and loving mother. But on one horrific day, her family’s world is shattered when her husband, Kamal, is found brutally murdered with a hatchet in the courtyard of their home. Covered in Kamal’s blood and catatonic with shock, Zeba refuses to explain what happened. Barely escaping a vengeful mob, she is sent to Kabul’s Chil Mahtab, a women’s prison.

As Zeba awaits trial, she befriends other women whose own misfortunes have led them to these bleak cells: Nafisa, imprisoned to protect her from an honor killing; Latifa, a runaway who stays in the jail because it is a safe haven; and Mezhgan, pregnant and unmarried, jailed for zina, or “love crimes.” The women whisper among themselves: Is Zeba really a cold-blooded killer? Has she truly inherited her mother’s powers of jadu—witchcraft—which can bend fate to her will? Can she save herself? Or them?

Into this closed world comes Yusuf, Zeba’s Afghan-born, American-raised lawyer, whose desire
to help his homeland has brought him back. With the fate of this seemingly ordinary housewife in his hands, Yusuf discovers that, like Afghanistan itself, his client may not be at all what he imagines.

A moving and often surprising look at the lives of modern Afghan women, A House Without Windows is astonishing, unforgettable, and triumphant. 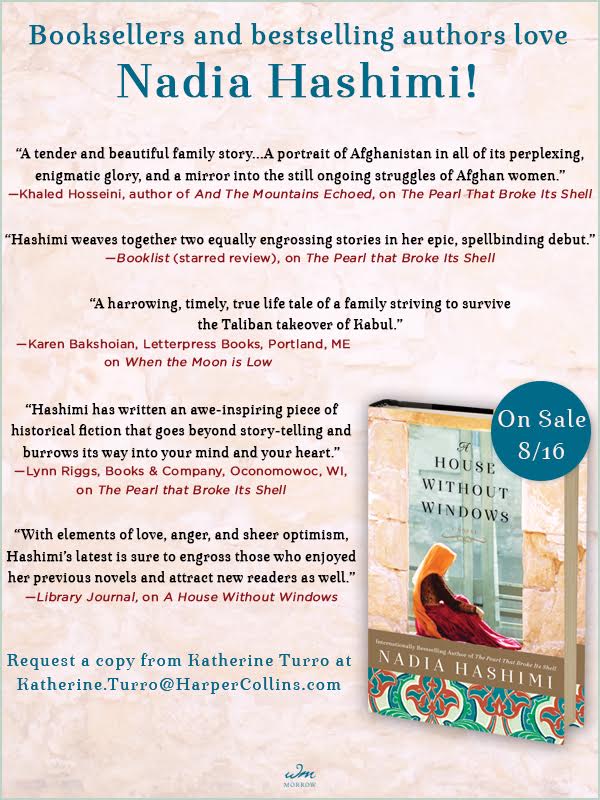 Nadia Hashimi was born and raised in New York and New Jersey. Both her parents were born in Afghanistan and left in the early 1970s, before the Soviet invasion. In 2002, Nadia made her first trip to Afghanistan with her parents. She is a pediatrician and lives with her family in the Washington, DC, suburbs.

You can read an excerpt of A House Without Windows

One lucky US reader will win a copy of A House Without Windows. Just enter as many ways as you would like on the Gleam widget below. Full rules are on the widget. Good luck everyone.

A House Without Windows