We put two bee hives in at the farm last year. It was a very exciting addition for a number of reasons. They would help to pollinate the garden and we have honey! Of course we would then have to learn how to extract honey but life is a long time learning process, isn’t it? Fruit trees are going in this year so the bees were part of the long term plan for the farm. They will also help with pollinating the trees.

The hubby had checked both hives earlier this year when it warmed up a bit and they both looked good. But sadly when he looked in on them a couple of weeks ago one had just completely died. He does not know why; he has sent some of the comb off to be tested to see if it can provide any answers. We are both very sad about this. He had ordered another nuc of bees to add this year – this is basically the term for what makes up a new hive. We will then go into this year with two hives; one mature and one new.

How to Extract Honey

I will be the first to admit that this is going to be a less than technical explanation. Plus, since this was an off season extraction we really didn’t get a ton of honey but we were truly surprised that we extracted as much as we did.

I will note that it is a slightly messy, and very sticky process. Obviously – it’s honey. 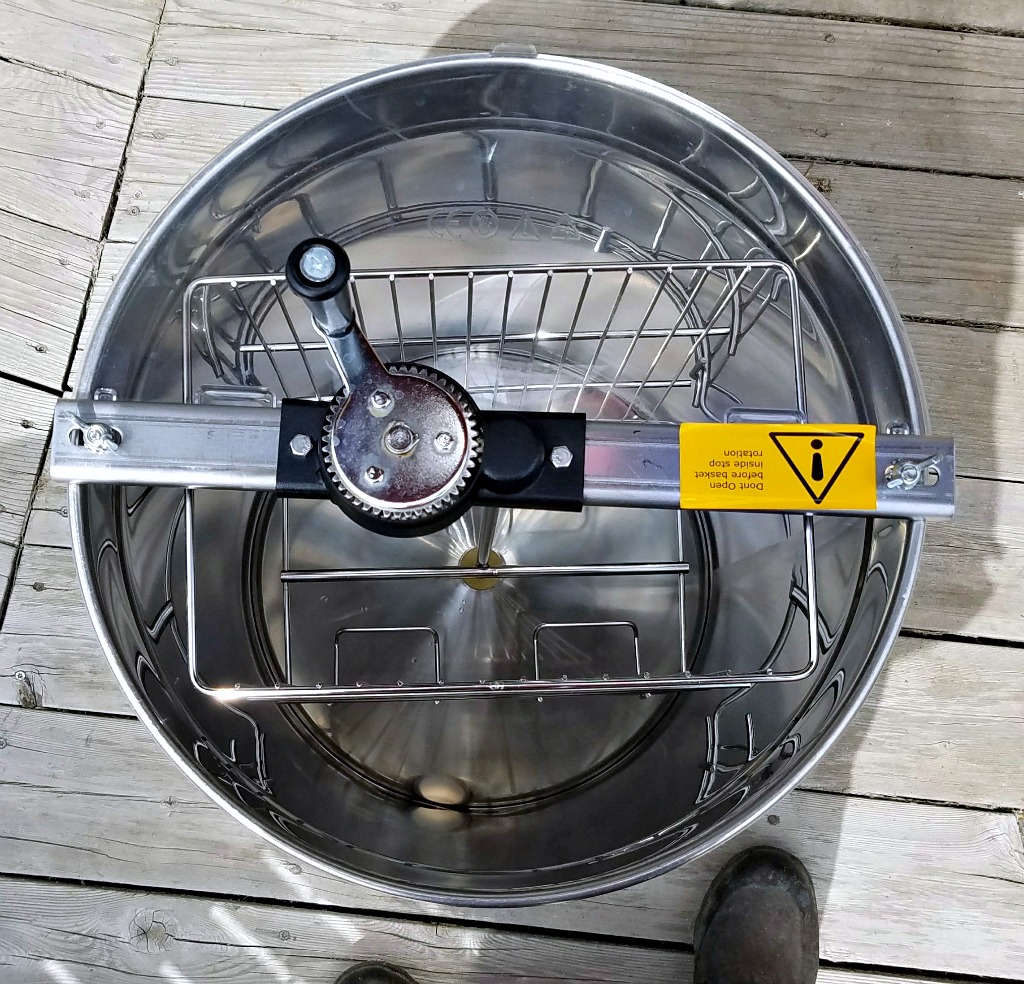 There are both manual and electric extractors but since the hubby and I are never going to be commercial honey producers, nor are we ever going to be bottling excessive amounts of honey he purchased a manual honey extractor. It is all stainless steel and can hold two frames at a time for spinning.

He brought the frames from the hive and he used his uncapping fork to break the beeswax to get to the honey. 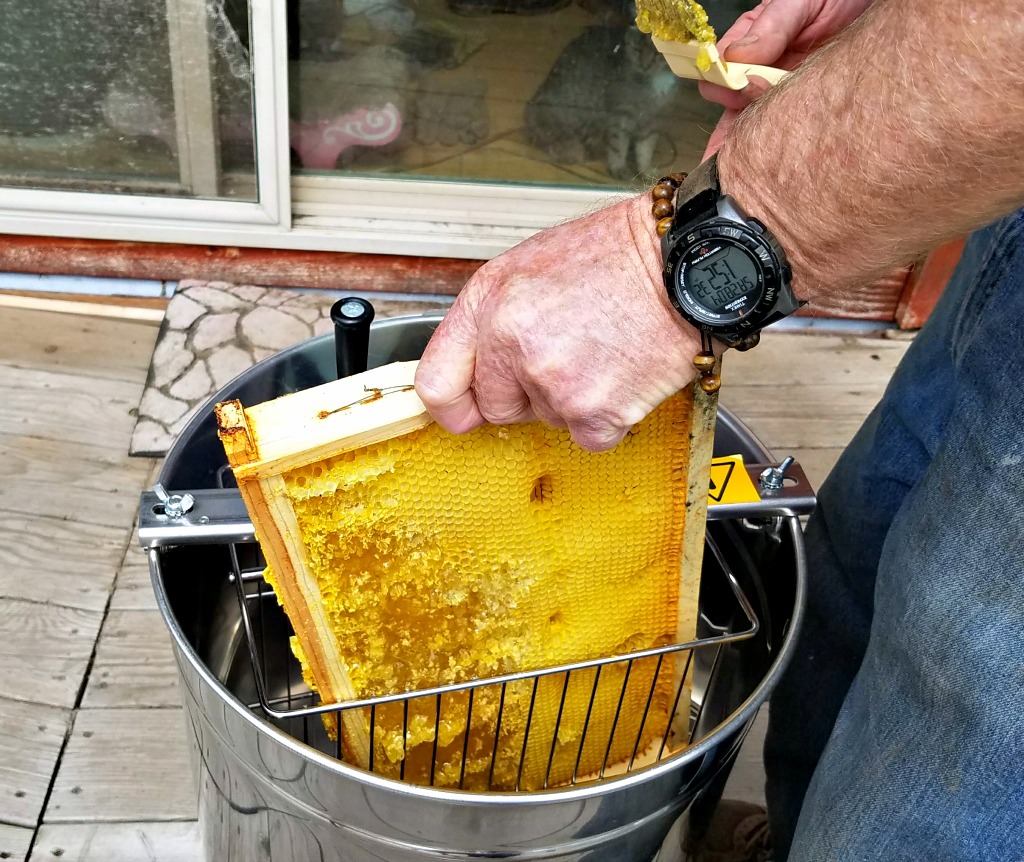 Then the frames go into the extractor for spinning.

First you spin them on one side, then you take them out, turn them around and spin again. Since the hubby bought one without legs – and maybe that doesn’t matter, I don’t know – I had to help weigh it down while it was spinning or as you can see it started moving around. The subsequent tries were much easier. 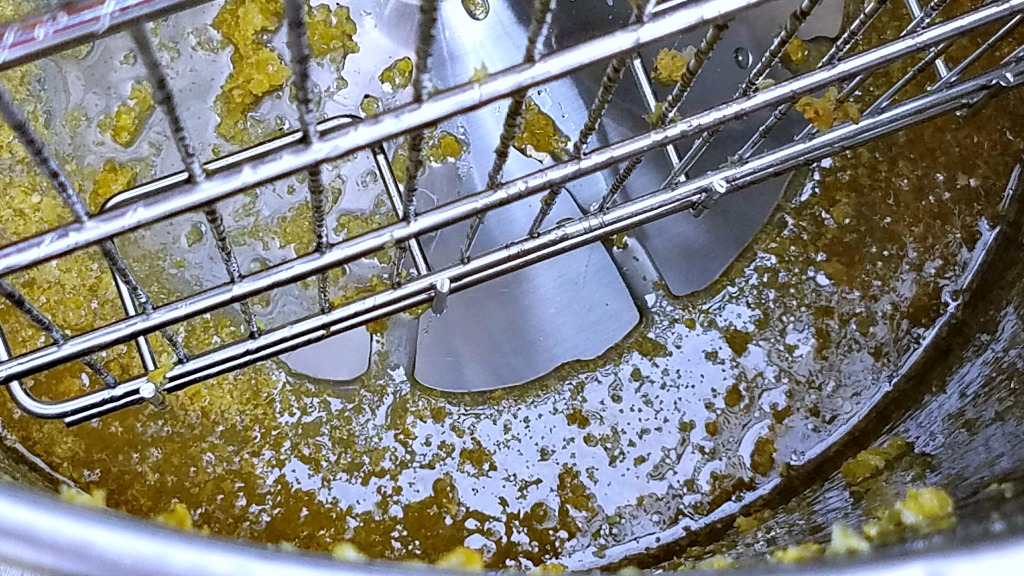 After the spinning the honey and some bits of comb are on the bottom of the extractor. At this point the valve is opened and we let it run out into a large stainless bowl. Then we ran it through a strainer and into mason jars. 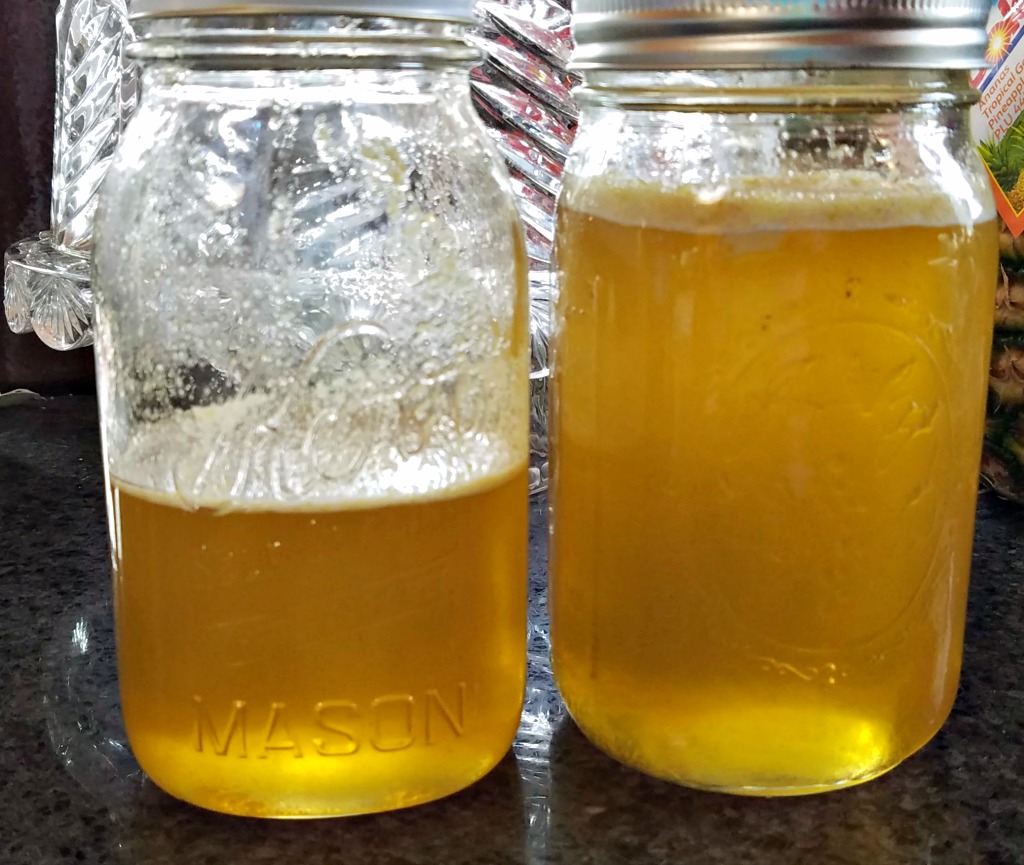 The hubby thought we might get maybe a pint or so but we were happy to find we had well over a quart! It’s a lovely tasting honey and not sickly sweet. He’s excited now to see how much will come out of the other hive in the fall when it’s true honey harvest time. I’m looking forward to honey vinaigrettes and other fun in the kitchen.

Other Farm Fun This Week

In totally unrelated news I’m excited to report that we are adding huckleberries to the farm this year. I know, I know – huckleberries are a wild fruit. 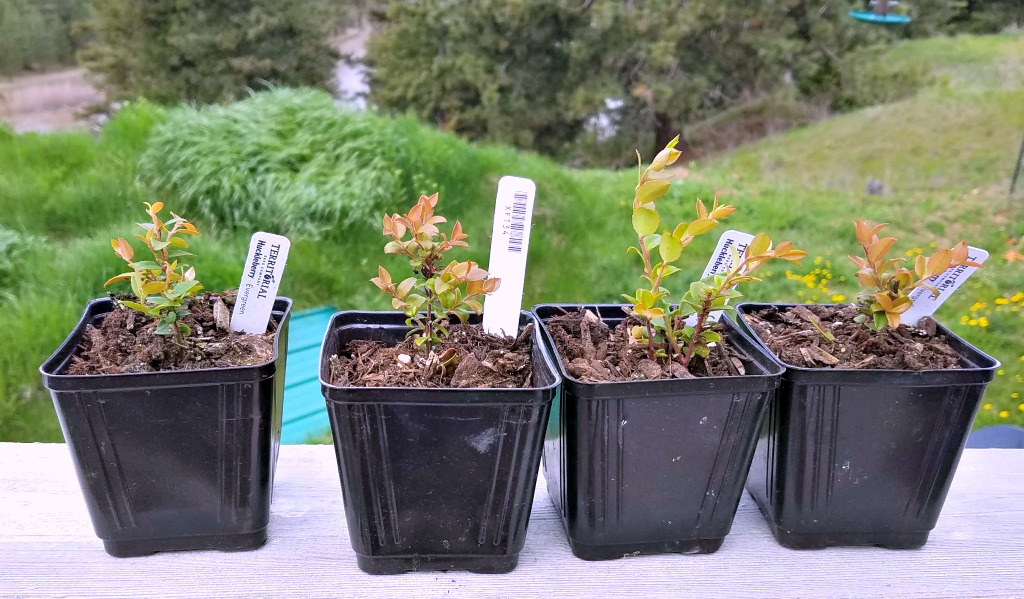 The hubby did a little research though and he found a company that offers a cultivated huckleberry plant for sale. We did plant blueberries but after 4 years they just have not done anything so he decided to try a plant that might work better. 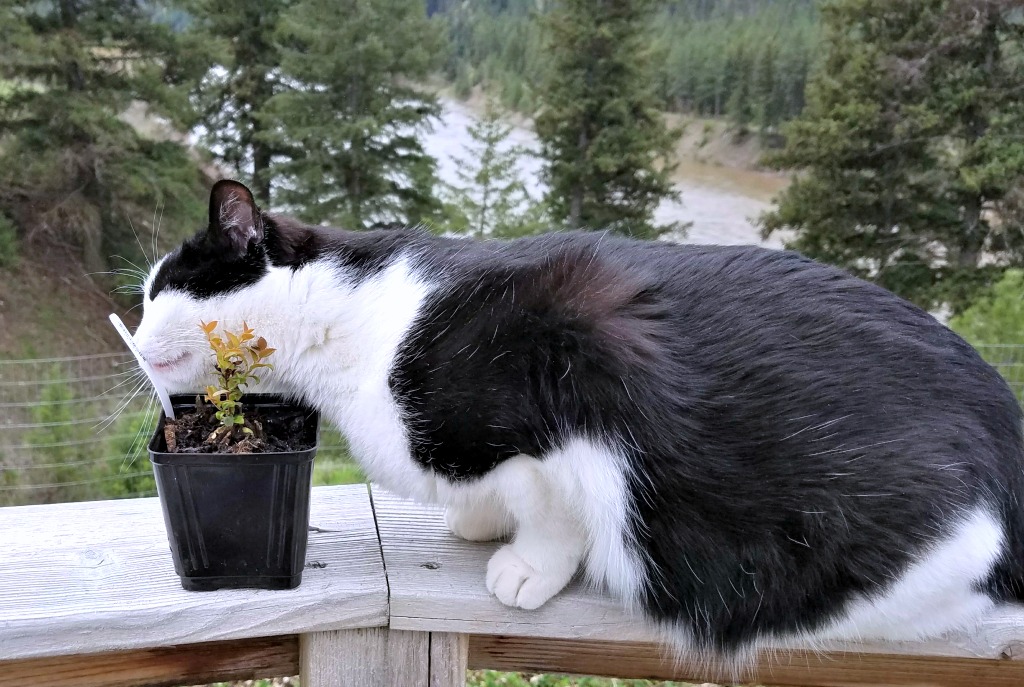 Time will tell. They have been Harry approved. Of course everything around these parts has to be Farm cat approved. Harry was there for the honey extraction too. I was too involved in the process – and too sticky for that matter – to take photos. It was amusing as he walked through a splat of honey and watching him clean his paw was hysterical.

So even our one bee hive died at least we were able to salvage something from the loss. Now we just await the new hive – which arrives on Friday – and hope it survives.