How To Freeze Eggplant

I’ve mentioned before that the eggplant harvest this year has been extraordinary. I haven’t weighed it like I have in the past which is sad because I’m sure it would be an awesome number. I just know that the hubby has been growing some high quality eggplant and we are eating very well. It has left with the issue of what to do with it all. I do have my recipe for canning eggplant but I wanted to try something different this year so I have now discovered how to freeze eggplant. 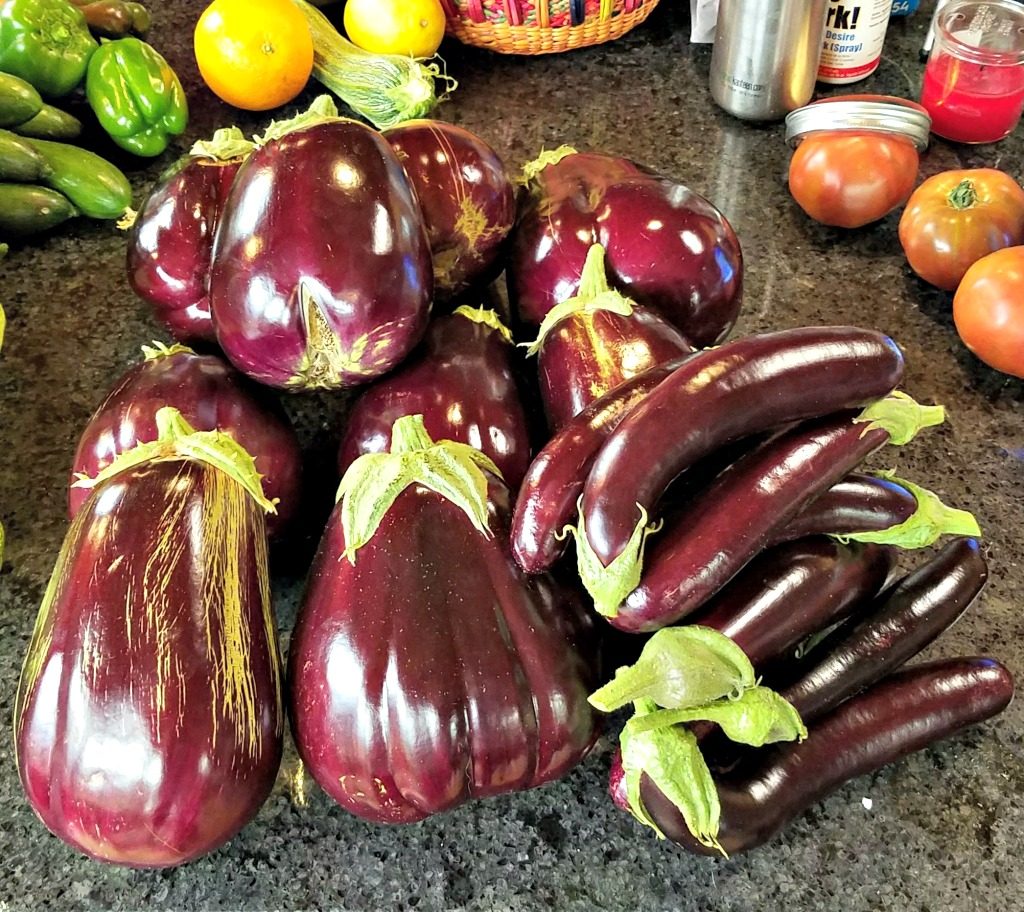 This year for the first time, the hubby planted both Italian eggplant and Japanese eggplant. I’ve never had the bigger ones before, only the long skinny ones so that is probably why I have so much more this year to deal with. The photo above is only two days harvest and that has been coming in every other day for several weeks. So you can imagine…

It is starting to wane as the nights get cooler. Eggplants apparently like warm weather. Who knew?

Now, I am not expecting to use this eggplant for anything other than for sauce or filling. I know that any time you freeze anything that is moisture laden when you thaw it out the result is going to be mushy. This eggplant will be excellent for making a pizza topping, a pasta sauce, filling for ravioli or lasagna, etc. It will be a base for a dip like baba ganoush. 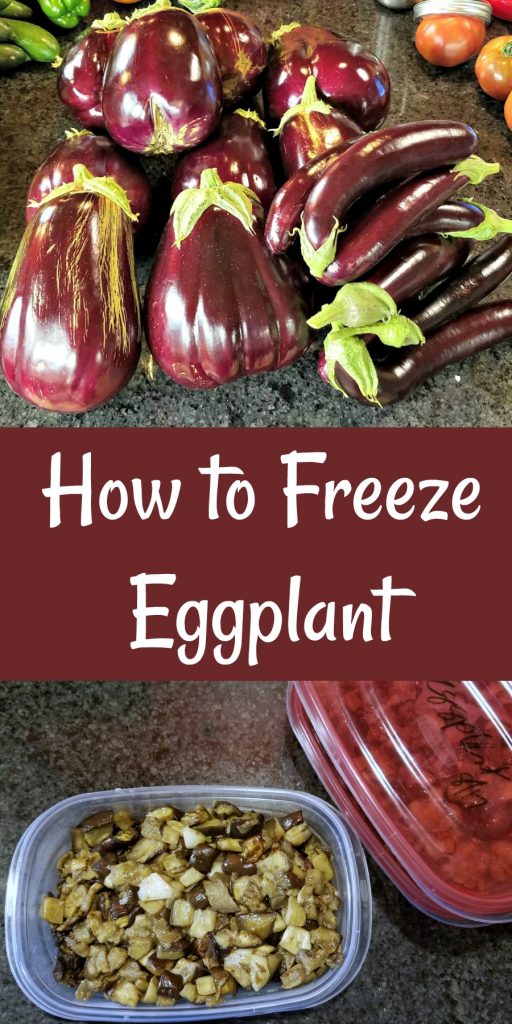 How to Freeze Eggplant

There isn’t a real recipe per se for this as it’s more of a process. I’m not doing a print out card for it but if anyone wants one, just let me know and I’ll be happy to add one. 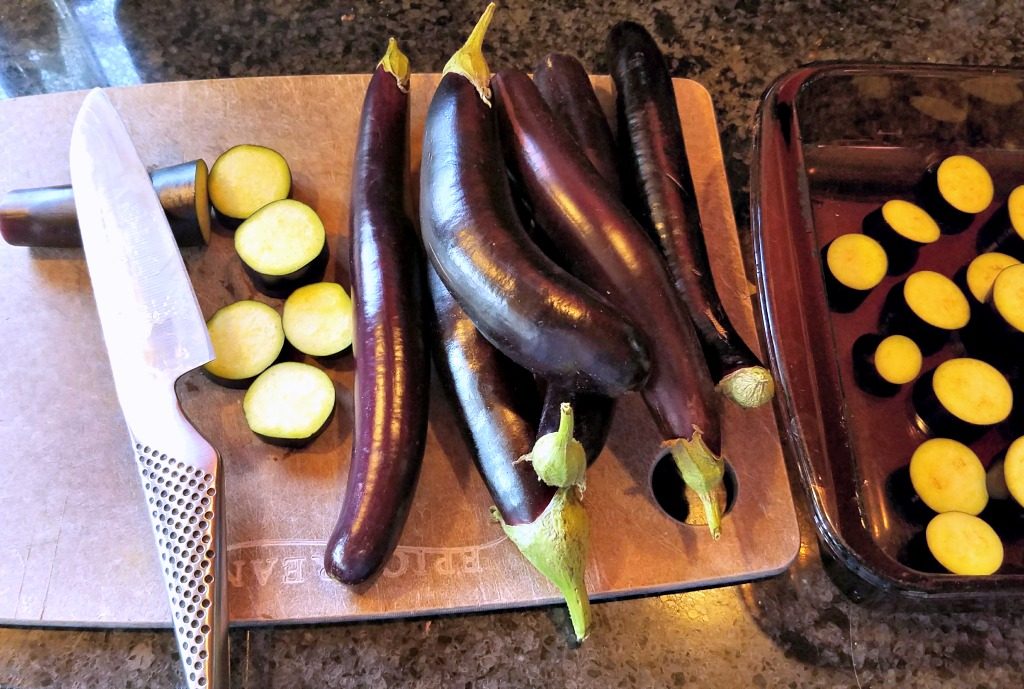 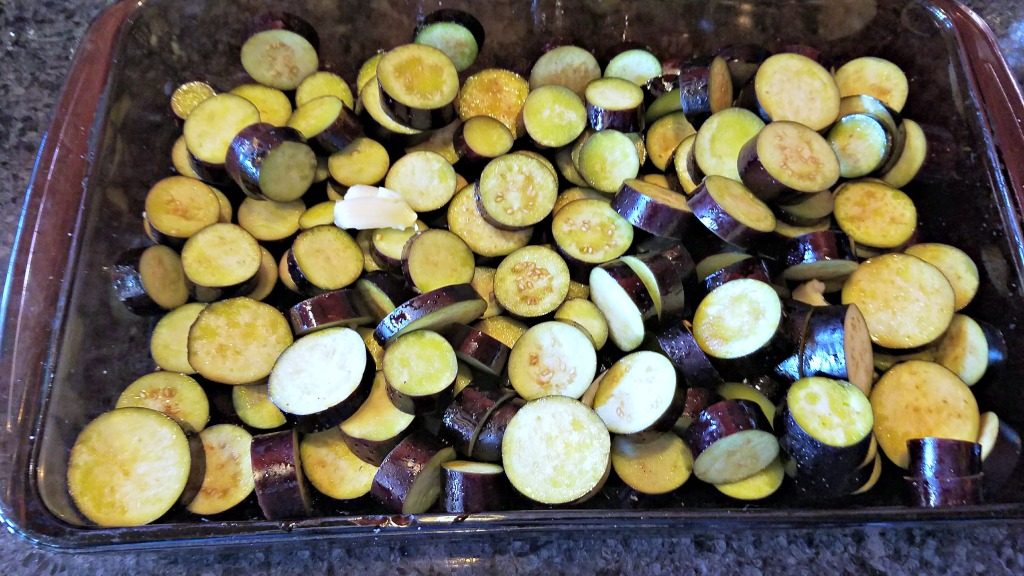 I’ve had as many as 4, 13 x 9″ pans in the oven at one time. Drizzle the eggplant with olive oil and sprinkle with salt. This is a judgement call – you don’t want too much oil or it will be soggy, but not enough and it will stick. For example, in the picture above I would use about two tablespoons oil and about one teaspoon salt. Mix well. Then I add some garlic. That is also to taste, I usually add two cloves to each baking pan. 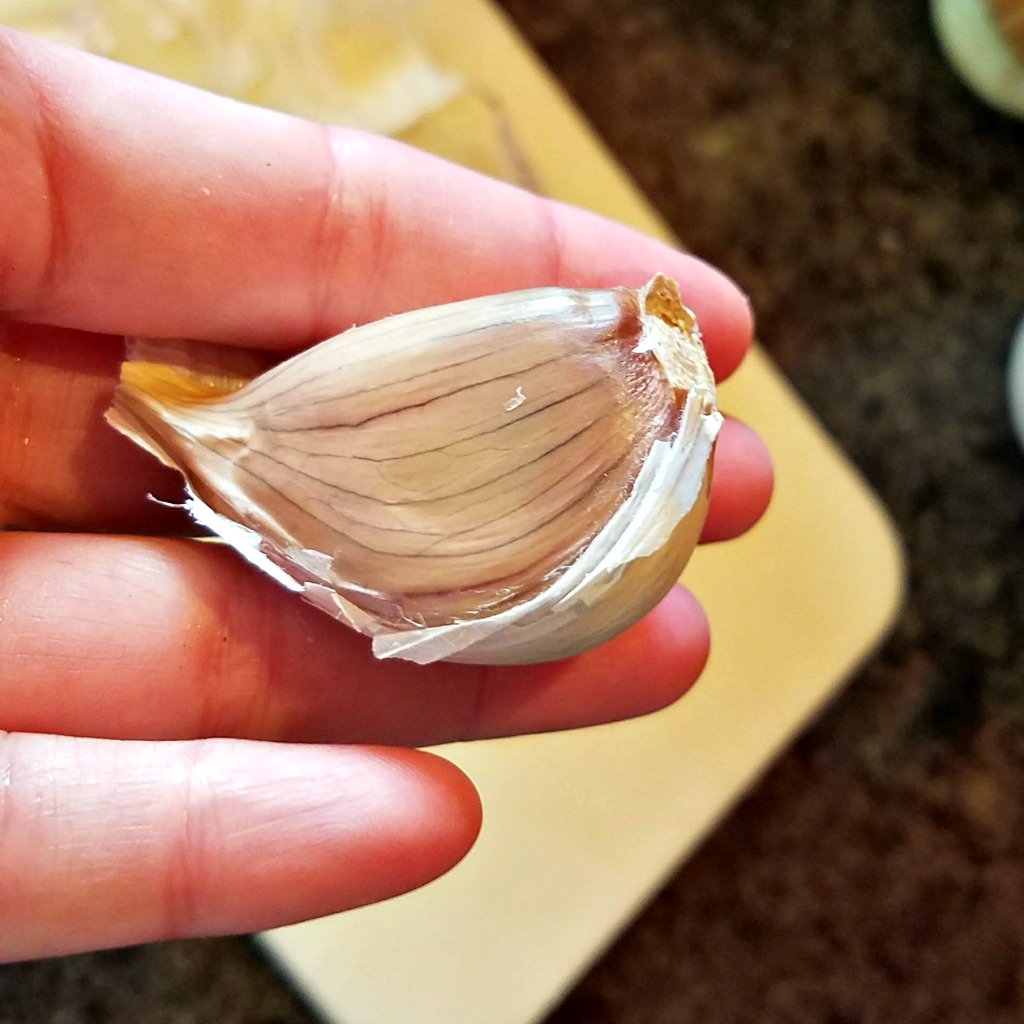 Just remember the hubby grows supersized garlic. That might mean 4 cloves of a normal head. heh

Roast the eggplant for about half an hour and then stir. If you have multiple pans, rotate them. Return them to the oven for another 15 minutes. Stir again and check to see if it is done. You will know it is finished if the garlic pieces are very soft and the eggplant is falling apart. If it is done, remove from the oven and let cool. If it is not return to the oven for 15 more minutes and reassess. 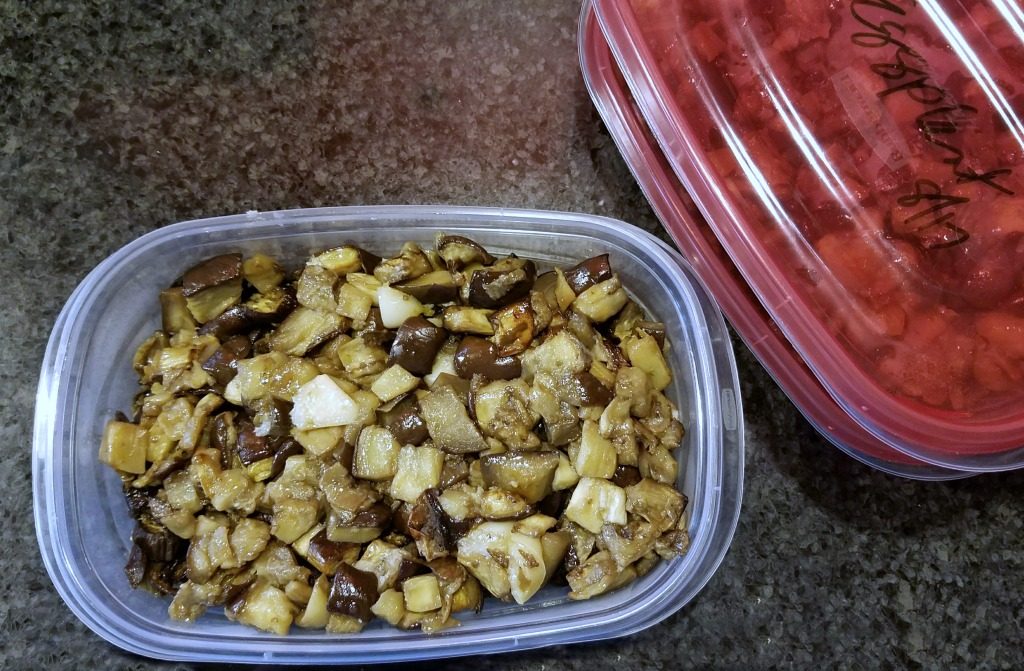 After the mixture has cooled remove it to freezer safe containers and mark with the contents and date.

I have not used any of the frozen eggplant as of yet since we are still harvesting fresh eggplant. When I do I will post the recipe in which I use it. I do know that it tastes delicious when cooked this way. I am looking forward to having it available all winter long.

Putting Up the Harvest

Freezing Fruit for the Winter

What to Do with All of That Cabbage

All Amazon links are affiliate links which means if you make a purchase I receive a small commission which helps to keep the Farm cats in treats.