I received a free copy of Illuminations for my honest review from Historical Fiction Virtual Book Tours. I received no monetary compensation for this post. 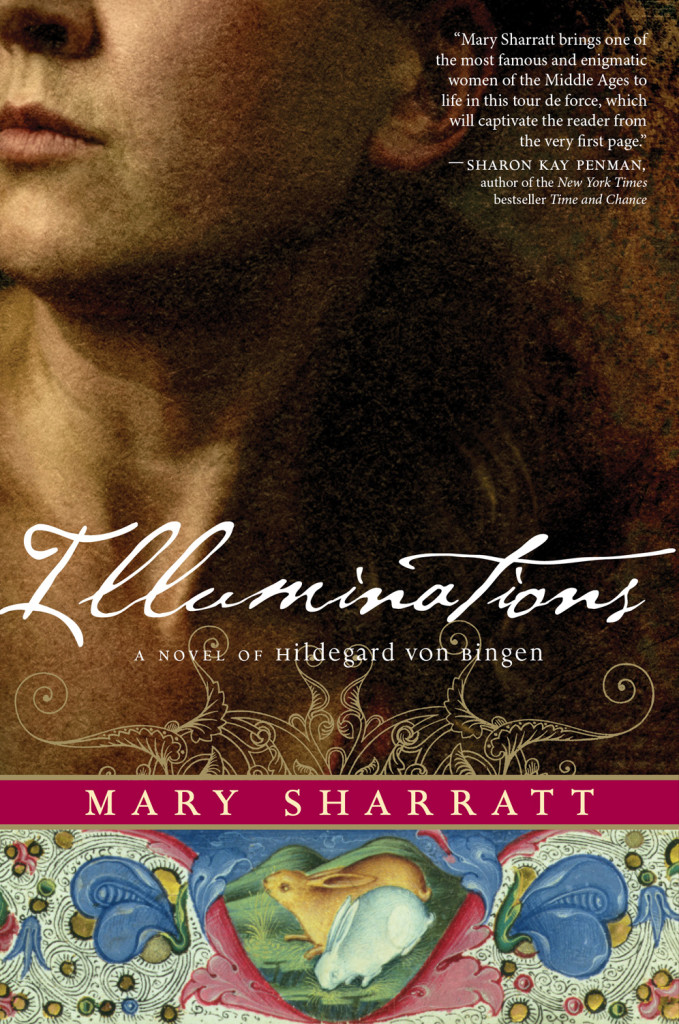 Publication Date: October 15, 2013
Mariner Books
Paperback; 288p
ISBN-10: 0544106539
Skillfully weaving historical fact with psychological insight and vivid imagination, Illuminations brings to life one of the most extraordinary women of the Middle Ages: Hildegard von Bingen, Benedictine abbess, visionary, and polymath.
Offered to the Church at the age of eight, Hildegard was expected to live in silent submission as the handmaiden of a renowned, disturbed young nun, Jutta von Sponheim. But Hildegard rejected Jutta’s masochistic piety, rejoicing in her own secret visions of the divine. When Jutta died, Hildegard broke out of her prison, answering the heavenly call to speak and write about her visions and to liberate her sisters. Riveting and utterly unforgettable, Illuminations is a deeply moving portrayal of a woman willing to risk everything for what she believed.


The author of four critically acclaimed historical novels, Mary Sharratt is an American who lives in the Pendle region of Lancashire, England, the setting for her acclaimed Daughters of the Witching Hill, which recasts the Pendle Witches of 1612 in their historical context as cunning folk and healers. She also lived for twelve years in Germany, which, along with her interest in sacred music and herbal medicine, inspired her to write Illuminations: A Novel of Hildegard von Bingen. Illuminations won the Nautilus Gold Award for Better Books for a Better World and was selected as a Kirkus Book of the Year.
For more information, please visit Mary’s website and blog.  You can also follow her on Facebook and Twitter.

In this truly fascinating tale of Hildegard, a Benedictine nun of the 12th century Ms. Sharratt takes her readers into a world that seems almost unbelievable today, the world of an anchorite. Hildegard was only 8 years old when she and another young woman Jutta were nothing short of entombed in a small area of the monastery. Jutta went willingly but not Hildegard. (One history suggests she might have been 14 but still…)
The novel follows the history of Hildegard’s life but of course is expanded with the author’s imagination.

I was drawn in from the very first page, the writing is so smooth and easy you find yourself immersed in the story and I swear I could feel the claustrophobic rooms of the anchorage. The book starts at the end of Hildegard’s life and then moves forward in time as she remembers how she came to be. She must have been something for her time. It was a time when women really had no control or power; they were subject to the rule of their fathers, brothers or husbands. Hildegard, though found her power as a nun and she found ways to use it.

I read the book in one sitting; it’s not a lengthy tale but I didn’t want to put it down. I was completely enthralled with Hildegard and the way that she was presented by Ms. Sharratt. I must admit to knowing very little about her prior – I had heard of her but that was about the extent of my knowledge. I am now very intrigued and want to know more. This was a fascinating read about a very memorable woman.

You can see the Illuminations Tour Schedule

You can purchase Illuminations on Amazon.com

One lucky reader will win a copy of Illuminations. How do you win? It’s easy! Just hop on the Rafflecopter. Good luck everyone.

Disclosure:  I received a free copy of Illuminations for my honest review from Historical Fiction Virtual Book Tours. I received no monetary compensation for this post.