It Was a Tree Nibblin’, Dirt Eatin’, Bark Munchin’ Kind of Day

The worst of the ice and snow have gone and I’ve been letting the goats out to run around and do what they will for a bit in the mornings. I think they enjoy the sense of freedom. Today I chronicled their various “adventures” as they traversed the property. They first ran up to the trees by the barn and started nibbling on the trees. I don’t know what it is about these trees but the goats love to nibble on them. There are a large number of trees elsewhere but they seem to stick to the same three trees with their efforts. They also stay in family units which is funny too. Thelma and Nora in the first photo and Bernadette, Jenn and Debbie in this one. They really do love bark.

Ever feel this way….

Heh. Louise likes to soften her bark. Or maybe loosen it. I don’t know. After they had their bark and dried pine needles snack Thelma stopped for a little bit of a dirt chaser. There are minerals in the dirt and they like to eat a little now and then. They then headed over to the new pile of wood that the hubby brought back from the forest the other day. He and a friend went in and cut some so we would have firewood. We were a little short this year so he’s trying to catch up and get a start on next year’s stock. This time they ate the pieces of bark they found lying around. You can see Debbie the goat is eyeing up Jenn as she munches on a tasty piece. So where was Pricilla in all of this you ask? My poor baby stayed in her pen. She would love to be out wandering around but the other goats are so mean to here I can’t have her out with them. Especially the little goats; they come over and butt her and she falls over and then can’t get back up. She’s having real problems with one of her front legs and she’s arthritic in her back legs. So I keep her in her own pen and I let her do a bit of a wander in the evening as she is going up to the barn.

She did enjoy the sunshine we had today. She loves sitting in the sun.

So that is what the Happy Goats are up to these days.

Welcome to the Super Stocking Stuffer Giveaway Hop! There are 107 blogs participating in this fun hop hosted by The Mommy Island & The Kids Did It. Each blog has a prize valued at least $10 and most will make great stocking stuffers – like what is […] 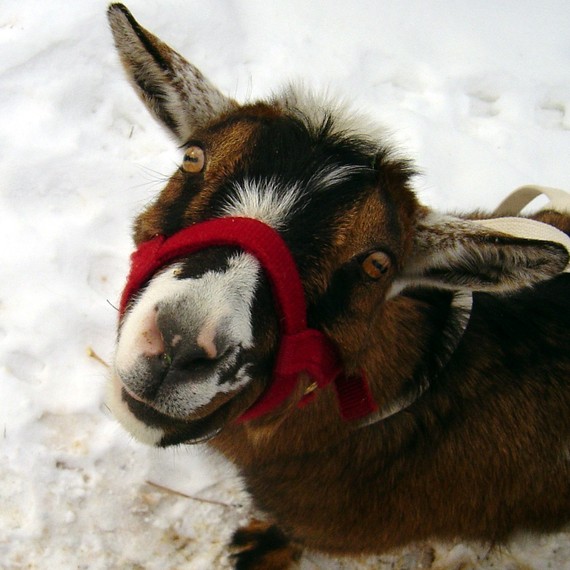 Tales from the Goathouse – On Retirement

For those of you that don’t know me, I am  – or maybe was given that I have retired – Famous SpokesGoat Pricilla. It’s true. I would not lie. I am not that kind of goat. For many years I wrote a blog called The […] 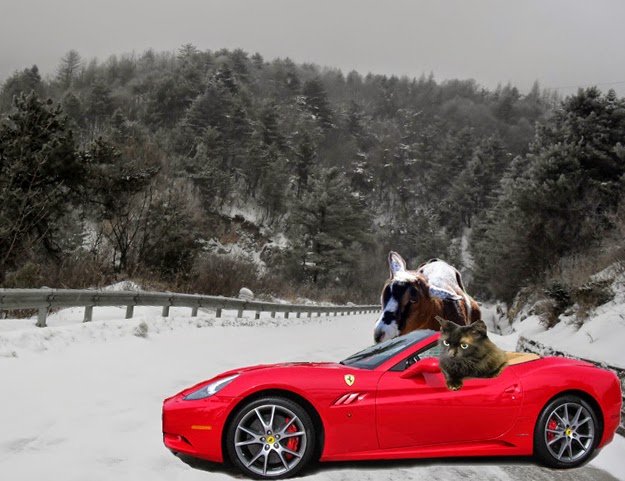 I am sending in this report from somewhere warm. It’s true. I would not lie. My furry good friend Spitty heard my lament and came and whisked me away for a week of vacation. You will have to go and visit his blog to see […]