Lady of the Eternal City by Kate Quinn – Book Spotlight

I am pleased to welcome Kate Quinn as she tours with Historical Fiction Virtual Book Tours for her new book, Lady of the Eternal City. 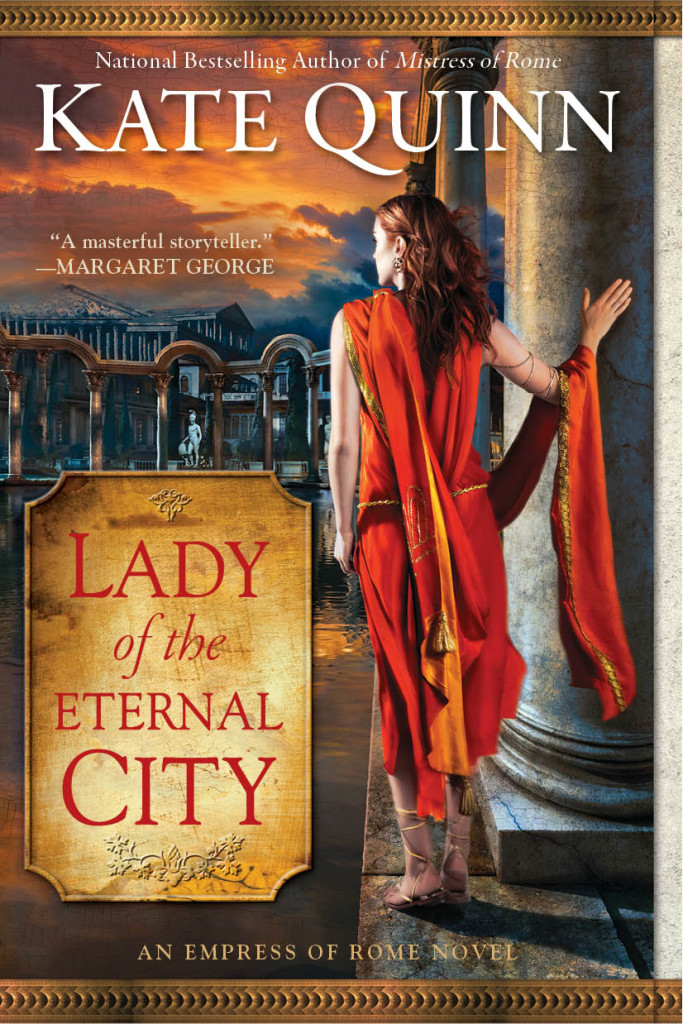 About Lady of the Eternal City:

National bestselling author Kate Quinn returns with the long-awaited fourth volume in the Empress of Rome series, an unforgettable new tale of the politics, power, and passion that defined ancient Rome.

Elegant, secretive Sabina may be Empress of Rome, but she still stands poised on a knife’s edge. She must keep the peace between two deadly enemies: her husband Hadrian, Rome’s brilliant and sinister Emperor; and battered warrior Vix, who is her first love. But Sabina is guardian of a deadly secret: Vix’s beautiful son Antinous has become the Emperor’s latest obsession.

Empress and Emperor, father and son will spin in a deadly dance of passion, betrayal, conspiracy, and war. As tragedy sends Hadrian spiraling into madness, Vix and Sabina form a last desperate pact to save the Empire. But ultimately, the fate of Rome lies with an untried girl, a spirited redhead who may just be the next Lady of the Eternal City…

Praise for Lady of the Eternal City

?Quinn specializes in bringing the splendor of Britannia and Rome to readers. The tangled lives of her three-dimensional characters represent the entanglements of the Empire. She cleverly pulls readers into the complex relationships, and even more complicated history, while bouncing back and forth between viewpoints. This is a feast for historical readers.? – Romantic Times Book Reviews

Titles in The Empress of Rome Series

Book One: Mistress of Rome

Praise for The Empress of Rome Series

“Deeply passionate.” Kate Furnivall, author of Shadows on the Nile

Kate Quinn is a native of southern California. She attended Boston University, where she earned a Bachelor’s and Master’s degree in Classical Voice. A lifelong history buff, she has written four novels in the Empress of Rome Saga, and two books in the Italian Renaissance detailing the early years of the infamous Borgia clan. All have been translated into multiple languages.

Kate has succumbed to the blogging bug, and keeps a blog filled with trivia, pet peeves, and interesting facts about historical fiction. She and her husband now live in Maryland with a small black dog named Caesar, and her interests include opera, action movies, cooking, and the Boston Red Sox.

Spotlight at Historical Readings and Reviews

Review at Back Porchervations

Review at The Maiden’s Court

Review at History From a Woman’s Perspective

Review at The Mad Reviewer

Review at Peeking Between the Pages

Spotlight at The Lit Bitch

Review at Just One More Chapter

Review at Svetlana’s Reads and Views

Review at A Literary Vacation

Review at Let Them Read Books