Books, Cooks, Looks
Life on the Farm ~ The Happy Goats

I mentioned at the end of the year that I was going to add some new features to the blog in the coming year. One of them is going to be a weekly post called, “Last Week on the Farm.” It will be a round up of some of the happenings in my life of goats, cats and chickens. I hope you find it fun and interesting. Feel free to ask me anything you want about my life here in rural Montana – I’m more than happy to share my experience going from city girl to goatherd. One of my little herd, AbbyGoat had not been feeling well. I really didn’t know what was wrong with her other than she just wasn’t herself. Abby is a feisty goat and she was suddenly listless. She would just come out of the barn, sit in her goathouse and then go back to the barn. None of her usual basking in the sun or butting heads with the other goats or even giving me a hard time. We don’t have a vet nearby so I have to figure these things out with the help of my goat library, the internet and my goat friends online. I still don’t know exactly what was wrong with her. My best guess is that she ate something she should not have and it just had to pass through her system. She is definitely getting back to normal but she had me very worried. Now I just have to wait and see if she maintained her pregnancy during her illness. I won’t know that until she either does or does not kid in April. You can’t get a goat to pee on a stick. The Christmas tree has left the building. I always take it down on New Year’s Day. It was what my mother did and now it is what I do. When we lived in New Jersey I would take it down to the music of the string bands of the Mummer’s Parade but I don’t get that out here. It usually gets tossed in the goat pen for the goats to recycle but this year I have two goat pens so the hubby very sweetly cut it in half for me. He spends a lot of time rolling his eyes at my requests. But we are, after all, the HAPPY goat farm, aren’t we?

And last but not least – Nigerian dwarf goats go into heat year round. Not all goat breeds do. Louise the goat went into heat and her kid, Bernadette followed suit. It was Bernadette’s first heat so the hormones were in the air.  Luke the goat was very interested in “dancing the goat rhumba” as I call it around here. When I let him out of the barn on these days I put a lead on him so I can get him into his pen more easily. He was very well trained by his first farm and he walks like a puppy when on a lead.

The ground is very icy between the girl’s pen and Luke’s pen so even though he had the lead on when he’s interested in dancing with the girls he can be a touch challenging to redirect to his pen. I finally found my footing and gave him a bit of a yank and he trotted into his pen but I knew he would want to trot right back out again so I grabbed the pen gate and shut it quickly. At this point I am inside the pen with him because I have to take the lead off of him and give him his morning grain.

He is still quite interested in attracting the girls’ attentions so he is bellowing to them. I go to lead him to his grain bin but somehow the cuff of my very old jacket had gotten quite caught in the fencing on the gate. My left hand is still holding the lead – it’s wrapped around my hand so I could effectively pull Luke. I had gloves on so I wasn’t too worried. And he is not one to pull hard back. But I was QUITE tangled in the gate.

Luke then decided any port in a storm and it became what I (and many other goat owners like to call) “I AM NOT A DOE” season again on the farm. This usually occurs during the rut (mid-August to the end of November). Ain’t nothing like be the object of a smelly goat’s affections.

So that’s life on the Farm. At least some of the highlights from last week. I’ll be back next Monday with more stories.

This shop has been compensated by Collective Bias, Inc. and its advertiser, Colgate-Palmolive. All opinions are mine alone. #OpticSmiles #CollectiveBias   It’s life’s little vanities that catch me at odd times. I don’t wear make up any longer and I don’t dye the grey out of […] 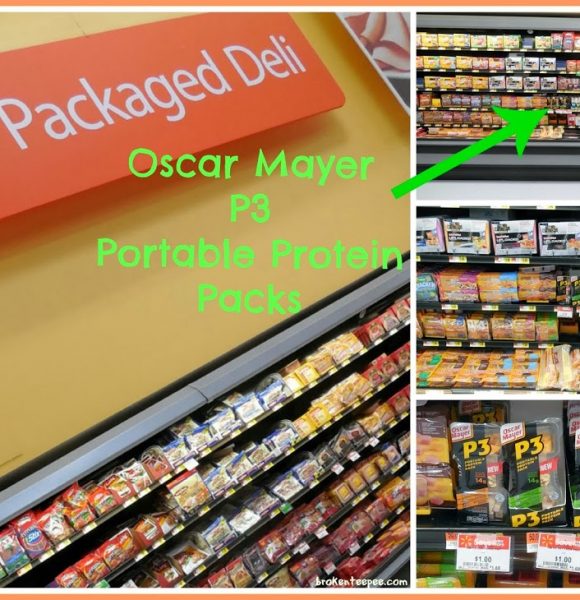 Our Busy Season is Coming. Time for #PortableProtein on the Farm #shop

I am a member of the Collective Bias® Social Fabric® Community. This shop has been compensated as part of a social shopper amplification for Collective Bias and its advertiser.I am almost starting to believe that Spring is coming. After the winter here I was beginning […] 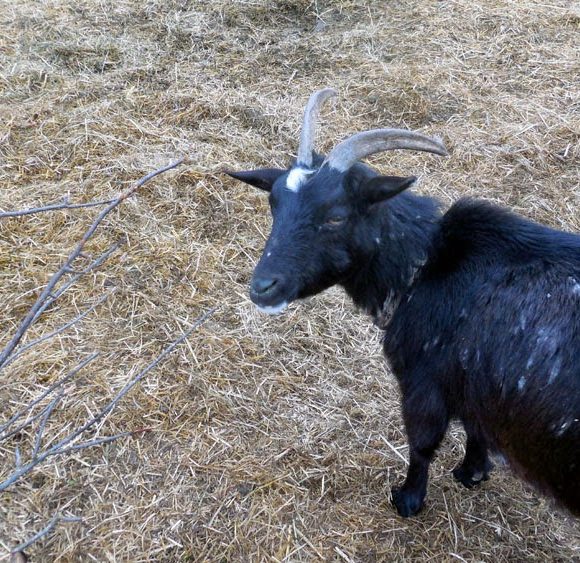 Well, the mystery as to AbbyGoat’s pregnancy was solved on Sunday when the hubby came in and said, “we have some work to do.” Apparently a neighbor and her three little ones came by to see the goats and one little girl pointed to Abby […]