I thank Virtual Author Book Tours for sending me a copy of Lighting the Stars by Gabriele Wills. All opinions are my own. 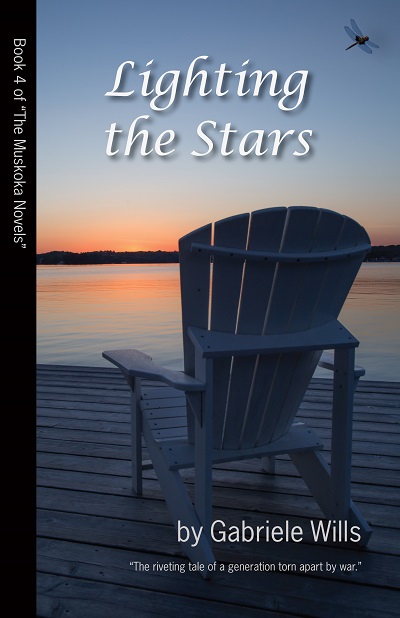 About Lighting the Stars:

A riveting tale of a generation torn apart by war.

Tucked into the rugged Canadian wilderness of Muskoka’s majestic lake country, Merilee Sutcliffe’s peaceful town seems worlds away from the escalating conflict in Europe. But life is about to change dramatically in the Summer of 1940. As her patriotic friends and relatives leave for battle, her small town is thrust into the war machine. Merilee’s formerly tranquil skies soon roar with aircraft from the Royal Norwegian Air Force, stationed nearby to train young men determined to liberate their country from Nazi occupation.  When German Prisoners of War march into her shocked community, they become Merilee’s closest neighbours – and biggest threat.

What unfolds in her remote town and on foreign shores sets Merilee and her growing circle on a collision course with an unimagined destiny. Caught up in the chaos is Luftwaffe pilot Erich Leitner. Shot down during the Battle of Britain and transplanted to a lakeside prison in Muskoka, he discovers he has more to fear from his comrades than his captors.

While her cousin-in-spirit, Elyse Thornton, navigates the treacherous skies of Britain as a Spitfire Girl, audaciously ferrying warplanes from factories to airfields, Merilee becomes quietly entangled in her own dangerous liaisons on the home front. Caught between worlds, with conflicted loyalties and a sense of duty, she joins the Royal Canadian Air Force, Women’s Division, and soon finds herself in ground-zero London, focussing her photographer’s lens on a city under bombardment.

Far from carefree summers on the lake, struggling to survive the relentless demands and sacrifices of war, Merilee, Elyse, and their friends wonder if they dare to risk their hearts as well.

As unlikely lives intersect, ideologies and social hierarchies are challenged, loves and friendships are forged or broken, and countless heroes are made and lost.  But even those who return to the serenity of Muskoka are changed forever. 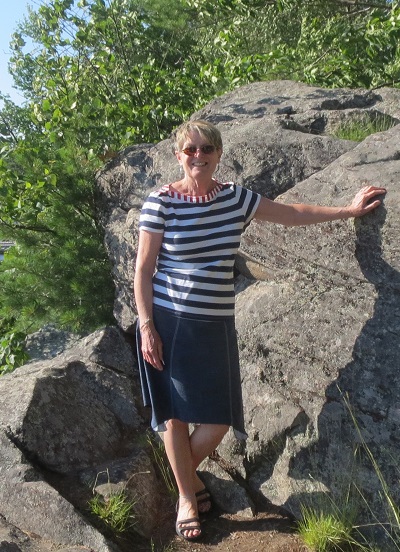 Gabriele Wills is the author of 6 highly acclaimed historical novels, including 4 in The Muskoka Novels saga set in North America, Britain, and Europe through the two cataclysmic World Wars and the seductive Jazz Age.

Her passion is to weave compelling stories around meticulously researched and often quirky or arcane facts in order to bring the past to life, especially with regard to women’s often forgotten contributions.

The first novel in her ‘Muskoka Novels’, ‘The Summer Before the Storm’ was the “Muskoka Chautauqua Reading List Winner”

I have read two of the previous three Muskoka novels; Elusive Dawn and The Summer Before the Storm. Both were enjoyable and the characters are engaging and there are several to get to know and certainly many stories to be told. As Lighting the Stars opens the residents of Muskoka are gearing up to confront the impacts of WWII. As with the first World War the family is patriotic, dedicated and getting ready to participate as they can in this War effort.

As they spend the last days enjoy the relative calm of the season they learn that a group of German prisoners of war will be moving into a compound on the Island. No one is happy about this but nothing can be done.

Soon the war effort calls and things get serious. From there some of the family head to England to join the war effort, others stay in Canada dealing with the worry and a German prisoner of war camp right in their backyard.

This was an excellent continuation of the Muskoka stories. I read it mostly while sitting in the car as we parked in various places while the house was being shown (we are moving to Vermont,) It was a perfect diversion for taking my mind off of the stress of a)being out of my house while strangers walked around it b)having to consider packing up a house and moving cross country.

I will most assuredly look forward to the further adventures of the folks of this Canadian island as the war changes everyone’s lives. Love is found and love is lost and sometimes it surprises. Don’t fear just reading this book without having read the others – it will stand alone.