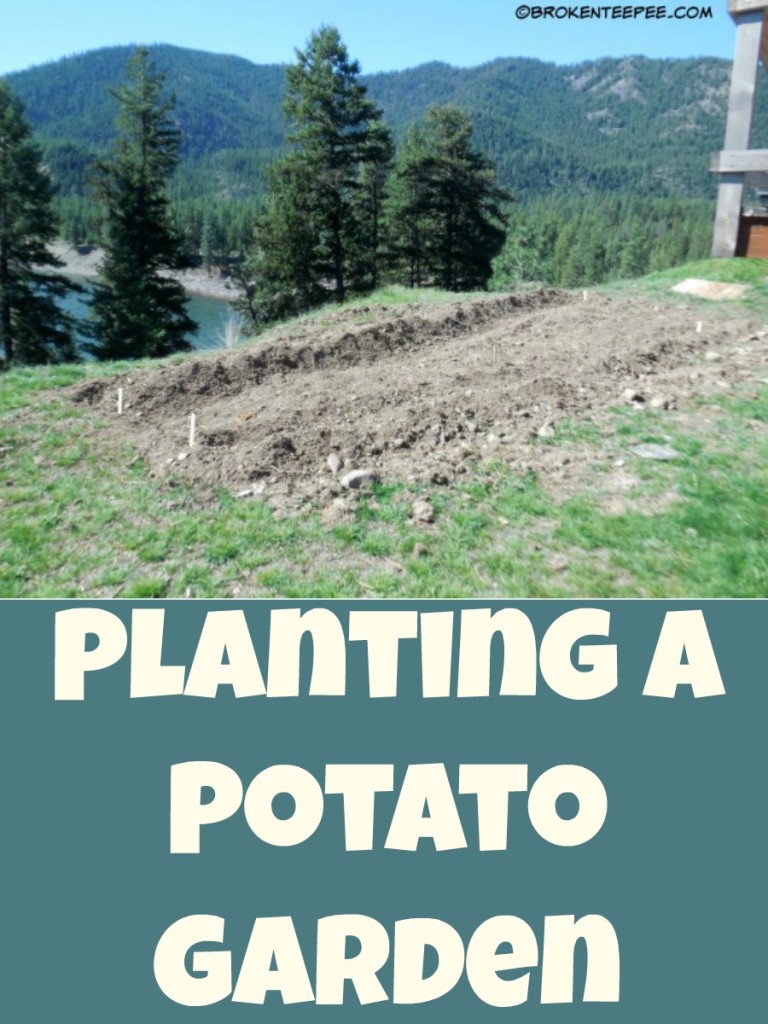 I showed you a few weeks ago that the hubby prepared a patch of ground for a potato garden. I’m very excited to write that it finally warmed up enough to plant the potatoes! Since they wouldn’t start growing and putting up tasty green shoots to tempt the goats for a bit he felt it was OK to put them in before he bought the fencing. 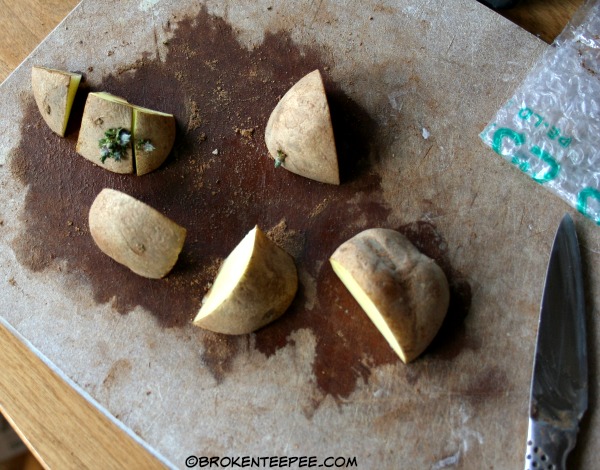 He had let the seed potatoes sit out in a sunny area until the eyes grew and then he cut them in pieces.  Then they were coated with Douglas fir dust to help keep them from browning. They sat for a couple of days and then he was ready to plant! 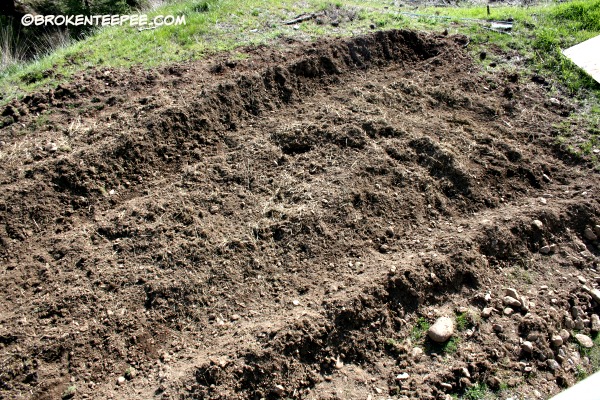 It was a beautiful day – nice and sunny. Potatoes are planted in troughs so he had prepared the garden before he went out. There would be two rows. To remind you, he is planting Yukon gold and fingerling potatoes. I took a bit of video while he was out planting:

As with anything around here there was feline assistance. Now it’s just a matter of keeping them moist and waiting for them to grow. This is the first year and he’s never grown potatoes before so it will be a learning year. We might have a great harvest, we might not see a single potato. Only time will tell. 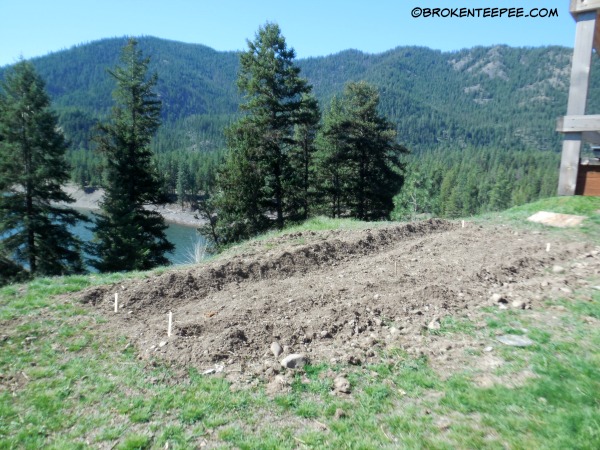 If nothing else this garden has one of the best views in the world! I really hope that they grow ’cause I really like potatoes. I do have high hopes; if you remember from the first post our lot used to be part of a huge potato farm for the old Milwaukee Railroad which used to run through the area. So keep your fingers crossed and I’ll keep you informed.