I am pleased to welcome Michael Parker today with an excerpt from his new book, Prairie Fever. I thank Algonquin Books for sending me a copy at no charge. 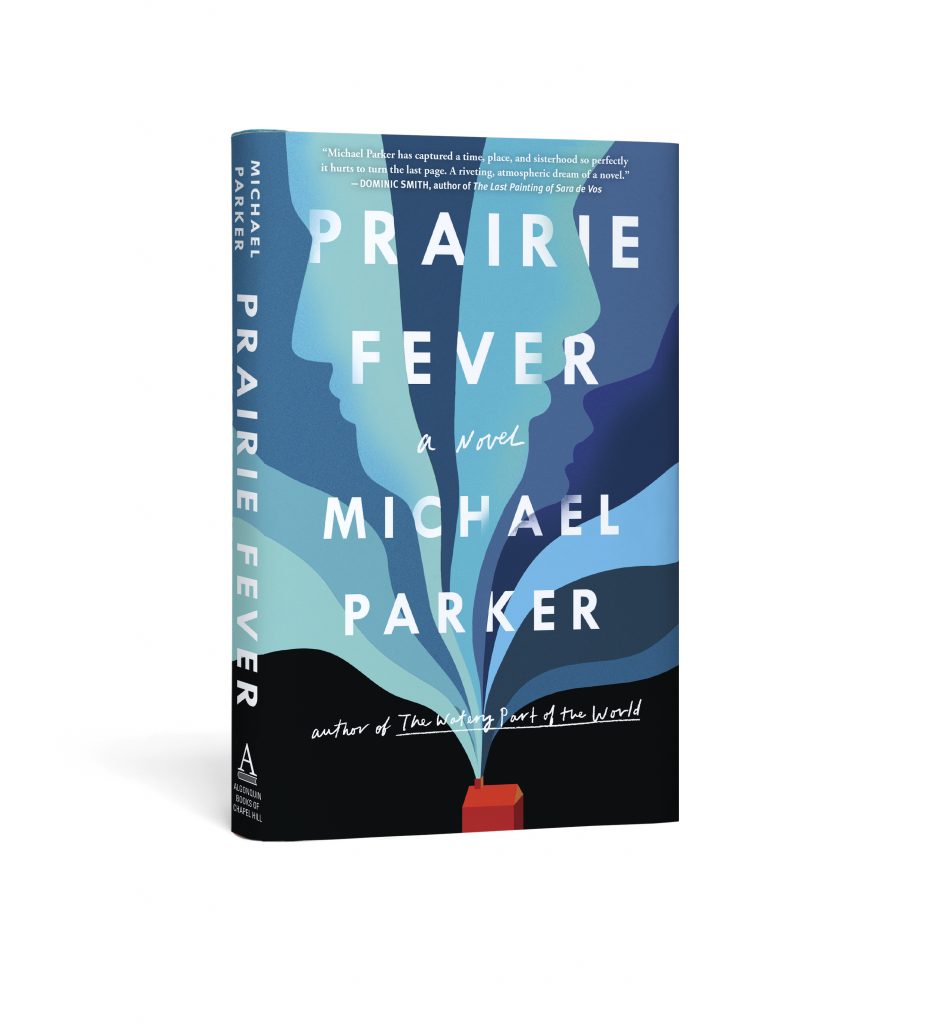 “Something is in his belfry,” said Anton.

“Well, I should hope so,” said Elise. “I would think they made sure of that before they hired him.“

She learned from the Bulgarian brothers  that none of the boys at school cared for Mr. McQueen. But none could say why. If only they had said why.

That night, as always, she whispered to her sister in the dark. They had always slept in the same room with their brothers, and she and Lorena had shared a bed. After her brothers died, they got separate cots. Her mother insisted upon it . Elise was aware that her brothers had died of prairie fever so that she could whisper across the narrow space between the cots to her sister in the night. Their room was in the attic and mostly slanting, shadowy eave. They were so close that her sister heard her whispering and said, What? But it was so cold up there, with only thin board and shingle separating them from icy, snow-belching clouds, that her words froze sometimes before they bridged the gap. Having turned to ice, her sentence shattered into letters, and each letter tinkled like chimes onto the floorboard.

“It has come to my attention that the boy half of the schoolhouse is not enamored of Mr. McQ ueen,” said Elise.

“Which of your Bulgarians told you so?” “Damyan,” she said and then added, “also Anton.” “What else did they tell you?”

“That when they first came to Lone Wolf they burned cow pies to stay warm.“

“I am not, as you know, enamored of your Bulgarians, but you may have noticed that we burn coal? That is because there are so few trees in this place.”

“Father might get the idea to plant some.” “You will need to plant the idea in his head.“

It was a curious phrase, “plant an idea.” It suggested that ideas grew in the manner of, say, cotton. Her father’s ideas did not seem to reach maturity before he harvested them.

“You are making fun of me,” said Elise.

“I am making fun of Father,” said Lorena. “Do you care much for Mr. McQueen?”

Lorena was silent for some seconds. Elise could hear the wind of her thoughts .

“I feel that, like all of us, he has his limitations.” “Which are?“

“The point of life is to know your limitations,” said Lorena.

Elise thought about this. Her first thought was that Lorena‘s recent tendency to state the point of life was irritating. Her second and subsequent thoughts concerned her own limitations. She was not attentive to the world around her if and when the world around her turned to dirty dishwater that her mother asked her to dump in the side yard. If the world sent her on an errand and the errand was as dull as dishwater, she came hard up against her limitations.

But she realized that her limitations were many and it would be daylight if she kept up the list. She attempted to sleep, but she shivered. Lorena felt her shivering and came and got into the cot with her. They were pinned inside, the blanket blocking out the wind and snow. She relaxed into her sister’s back. Sandy’s hooves in the surf. Now she could whisper. Her words would not ice up and break into chiming letters crashing against each other and then to the floor.

“I don’t think I put much stock in pride,” said Elise. “Well, that is certainly a limitation.“

“When people speak of it, it seems they mean very different things.”

“The same could be said for the word ‘Sandy,”‘ Lorena said. “Sandy is a name, not a word.”

“My point has been proven. Rather perfectly, by you.”

On those frigid nights when they slept crammed into a single saggy cot, Lorena’s bossy sleep-breath attempted to corral her. It tried to plant ideas in her mind.

What if, Elise wondered in the night, she passed her sister on the street one day and her sister did not even see her?

“You‘ve not said why it is that the boys dislike Mr. McQueen.” “Why don’t you ask them?” said Lorena, which is what she always said when Elise asked a question she could only ask Lorena about someone else.

The next morning the pump was frozen. Where was Father to start the fire in the stove? Her mother had to do it. Her mother often moved around the house with one arm crooked as if she were carrying her baby boy. Almost every woman in Lone Wolf, Oklahoma, and likely also Axtell, Kansas, had lost a child, but her mother seemed to take it the hardest. Elise wondered if she did not have a touch of prairie fever herself. Would this not explain why she always told Elise to leave for home when the sun began to slip behind the trees? 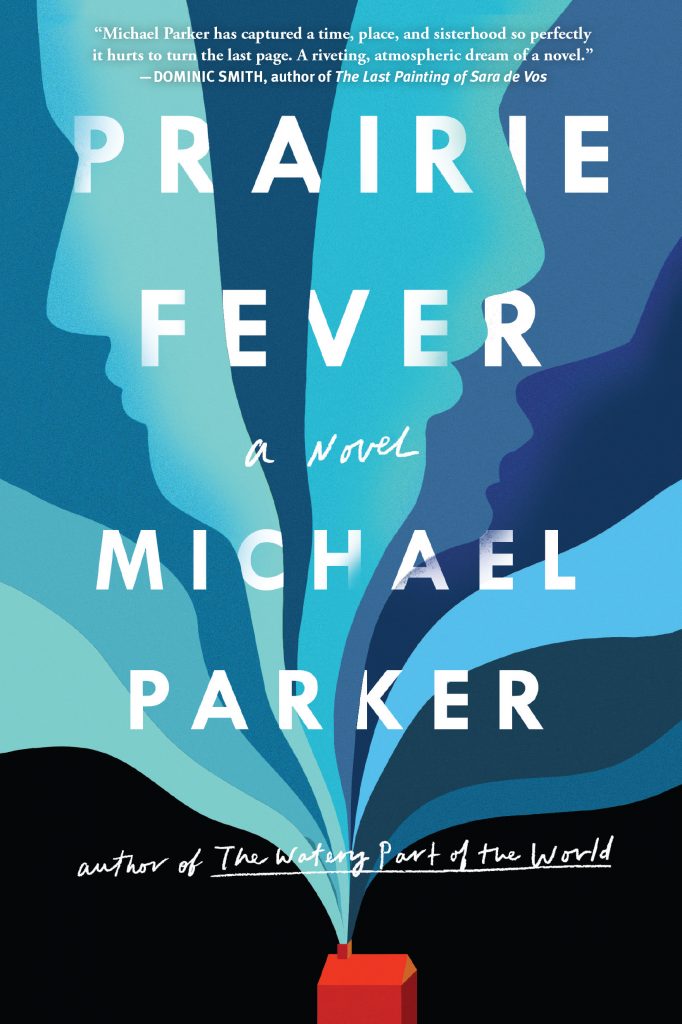 Set in the hardscrabble landscape of early 1900s Oklahoma, but timeless in its sensibility, Prairie Fever traces the intense dynamic between the Stewart sisters: the pragmatic Lorena and the chimerical Elise. The two are bound together not only by their isolation on the prairie but also by their deep emotional reliance on each other. That connection supersedes all else until the arrival of Gus McQueen.

When Gus arrives in Lone Wolf, Oklahoma, as a first time teacher, his inexperience is challenged by the wit and ingenuity of the Stewart sisters. Then one impulsive decision and a cataclysmic blizzard trap Elise and her horse on the prairie and forever change the balance of everything between the sisters, and with Gus McQueen. With honesty and poetic intensity and the deadpan humor of Paulette Jiles and Charles Portis, Parker reminds us of the consequences of our choices. Expansive and intimate, this novel tells the story of characters tested as much by life on the prairie as they are by their own churning hearts.

Michael Parker is the author of six novels and three collections of stories. His short fiction and nonfiction have appeared in the Washington Post, the New York Times Magazine, the Oxford American, Runner’s World, Men’s Journal, and other publications. His work has been anthologized in The O. Henry Prize Stories and The Pushcart Prize. He is the Nicholas and Nancy Vacc Distinguished Professor in the MFA Writing Program at the University of North Carolina at Greensboro. He lives in Saxapahaw, North Carolina, and Austin, Texas.