If there is one thing I love for dinner it’s pasta. Sometimes as you well know I make my own using my pasta roller set for my KitchenAid such as when I made fettuccine recently. But sometimes I just like the ease of opening a package and dropping dried pasta into a pot of boiling water. Add some seared scallops and vodka cream sauce and you have a meal. Since the recipe calls for vodka you must be 21 to follow it as posted.

In that case I do make sure that I have a good quality dried pasta on hand because you don’t want a tasteless blob ruining your meal. There are many good ones out there and tastes vary so just try a few until you find one you like. And that way you get to eat a lot of pasta. There is nothing wrong with that – right? 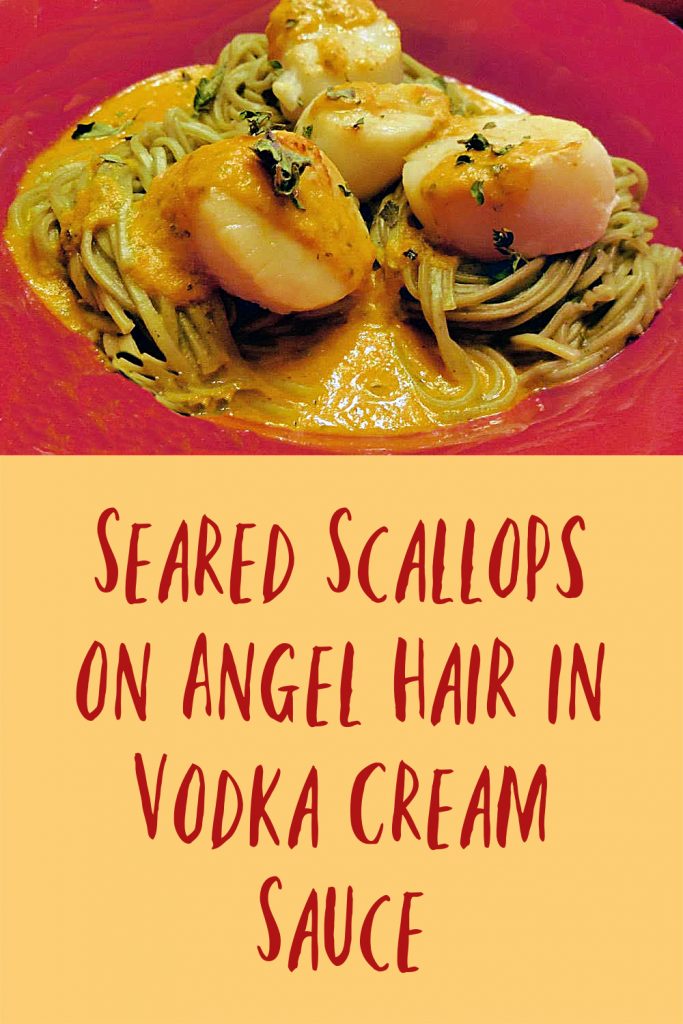 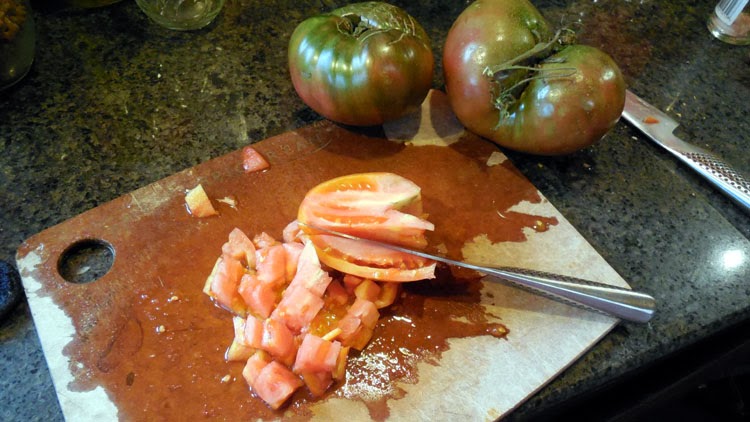 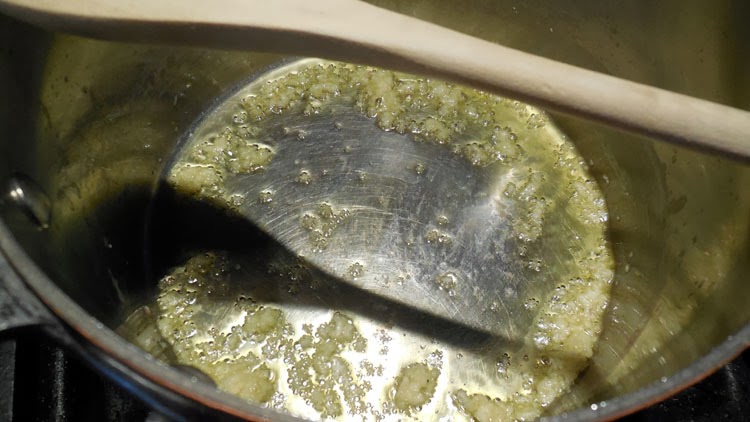 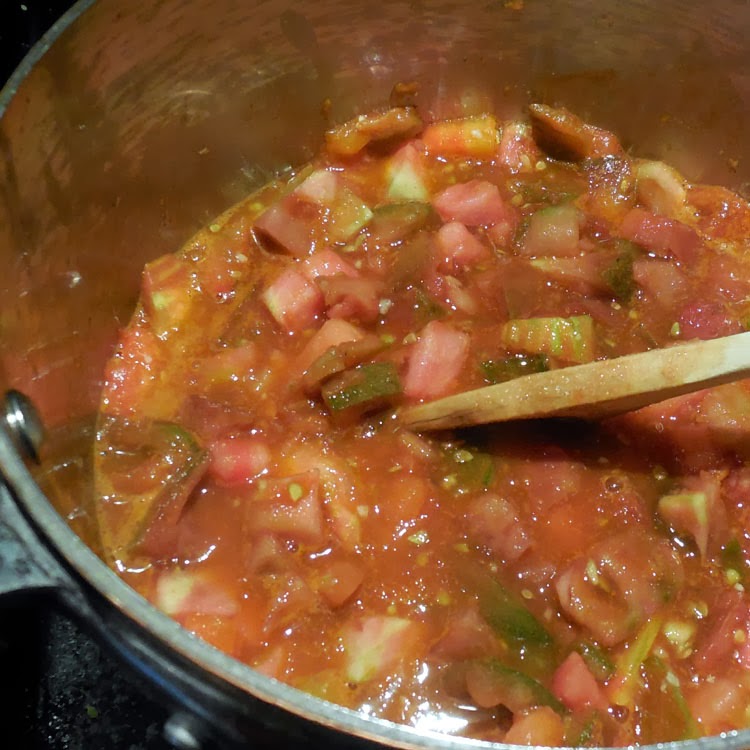 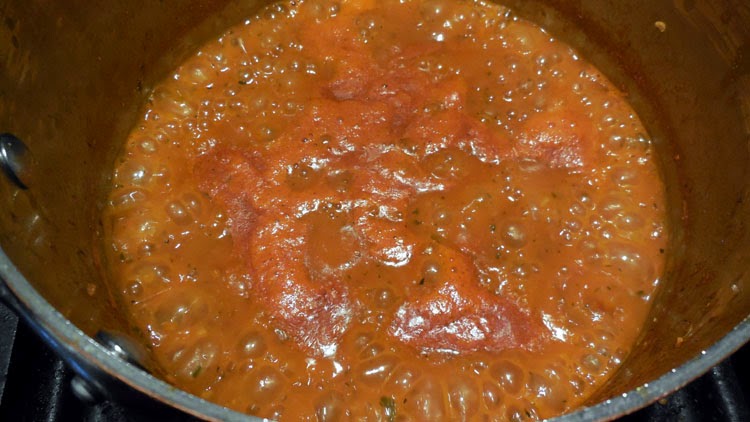 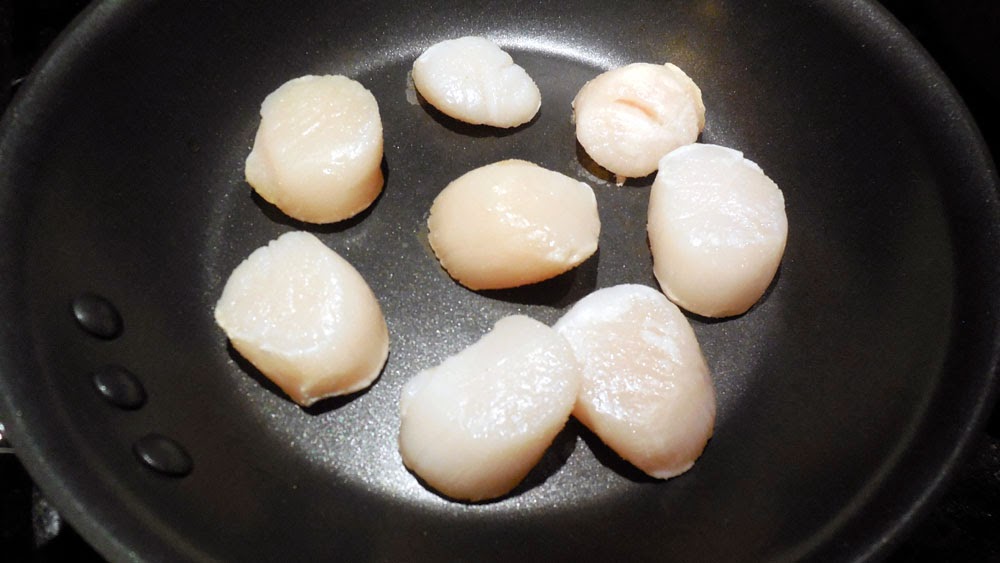 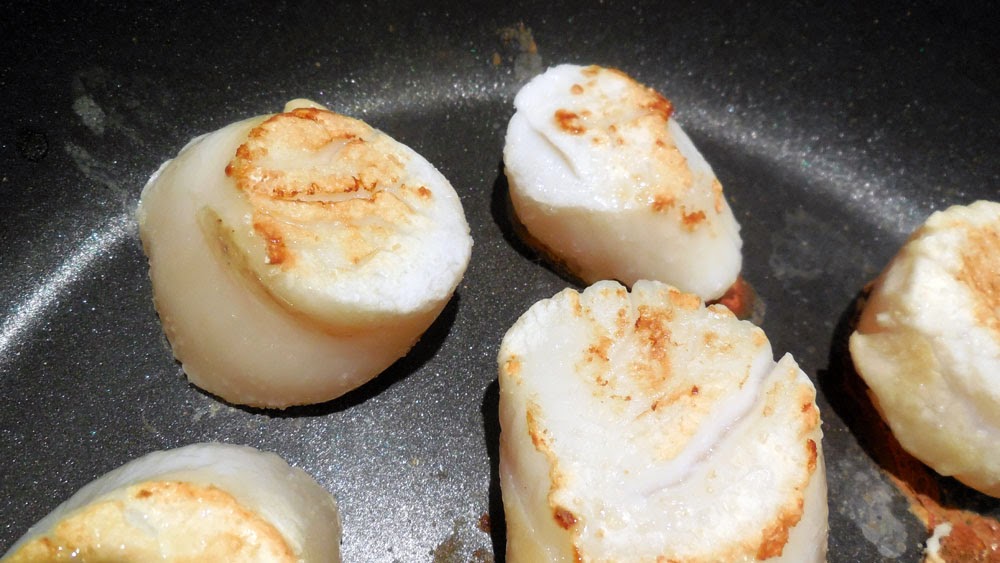 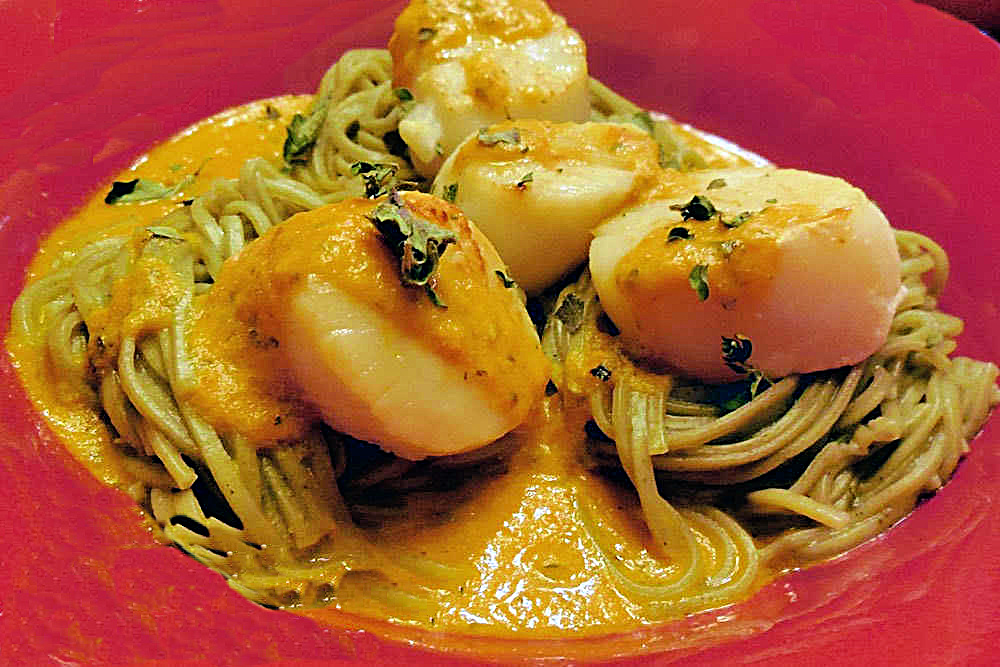 How Were the Seared Scallops with Vodka Cream Sauce?

Seriously good. I might have licked my bowl but since there is no photographic evidence no one will ever know for sure. The husband really enjoyed this meal as well. The vodka cream sauce was delicious. It would work well with so many different pastas and proteins – the combinations are endless, and tasty.

This meal took some time to come together but it wasn’t a difficult meal to make. The bulk of the effort was in chopping tomatoes and the time spent was in having the sauce cook down which is not a lot of work for a cook – just checking now and then to make sure it’s not reducing too quickly so as to burn.

This vodka cream sauce recipe is easy to make yet fancy enough for a special dinner. 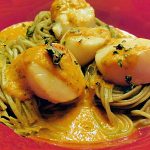