Silliness in the Goat Barn

I went into the barn the other day to milk Louise and instead of coming out of her pen to be milked she did this:

What is Louise doing? What does she have her head in Thelma’s pen? Whatever could she want? Silly Louise! 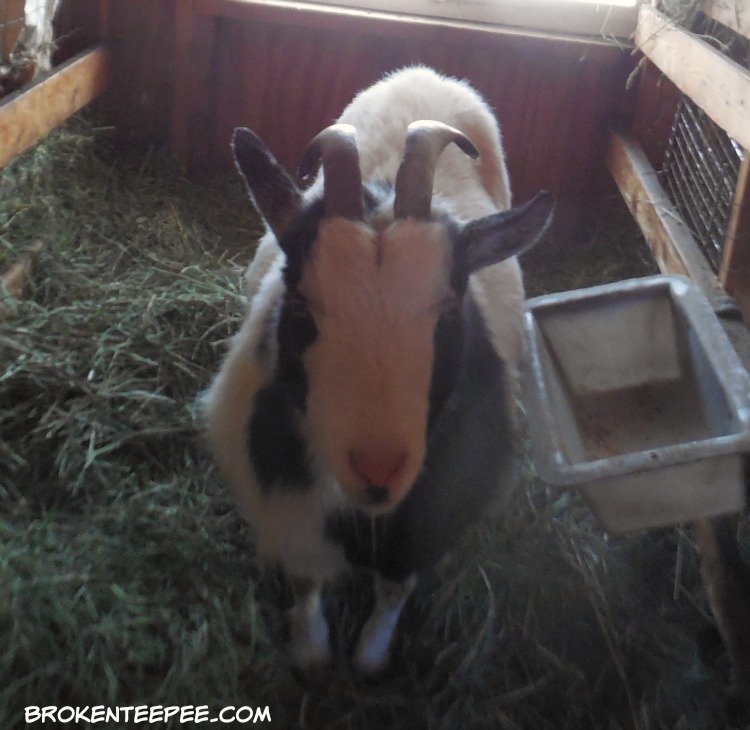 Thelma does not look happy does she?

I think Thelma prefers to be the only goat in her pen. Maybe she thinks Louise is trying to steal her grain – what do you think? 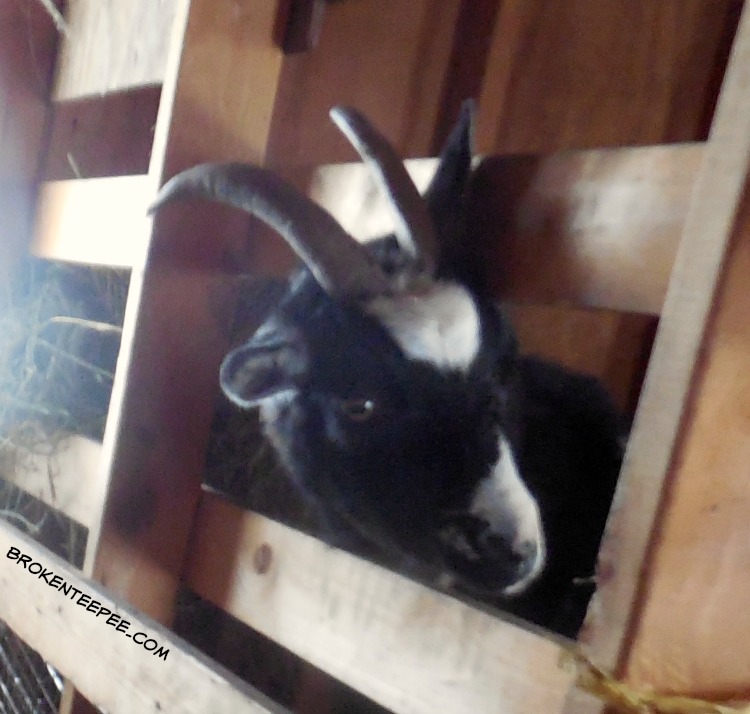 Louise – are you trying to steal Thelma’s grain? You have your own! Did you gobble it down and now you want more? I think Thelma will have something to maaaaaa about that. 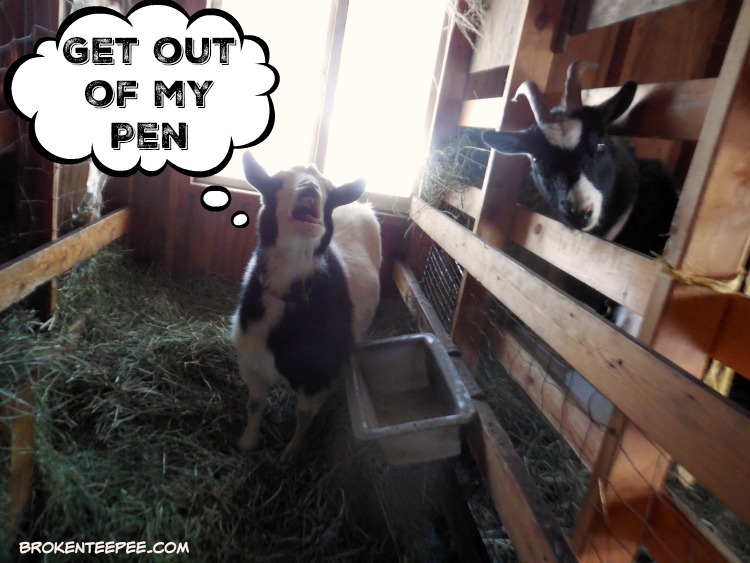 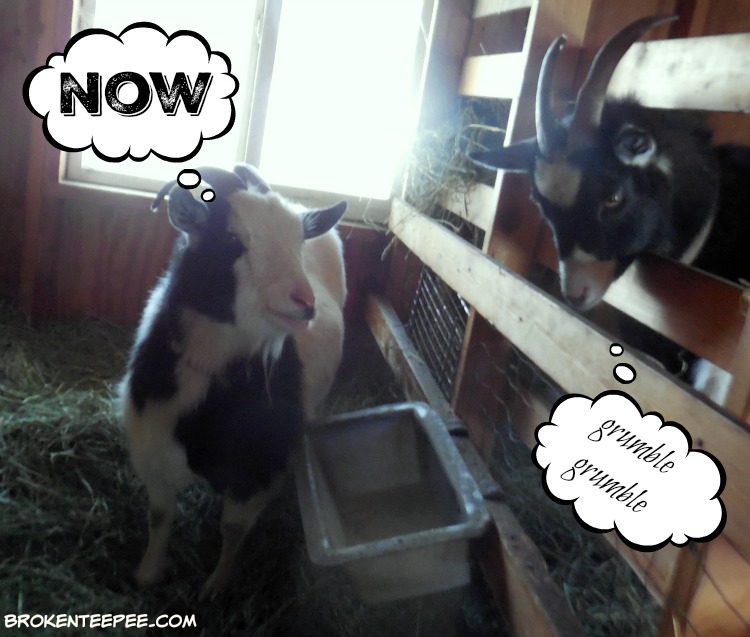 I was right! Thelma finally let Louise know exactly how she felt about this invasion. I don’t know about these two. They are twins after all. You would think they would get along. But sometimes they just butt heads! Literally! 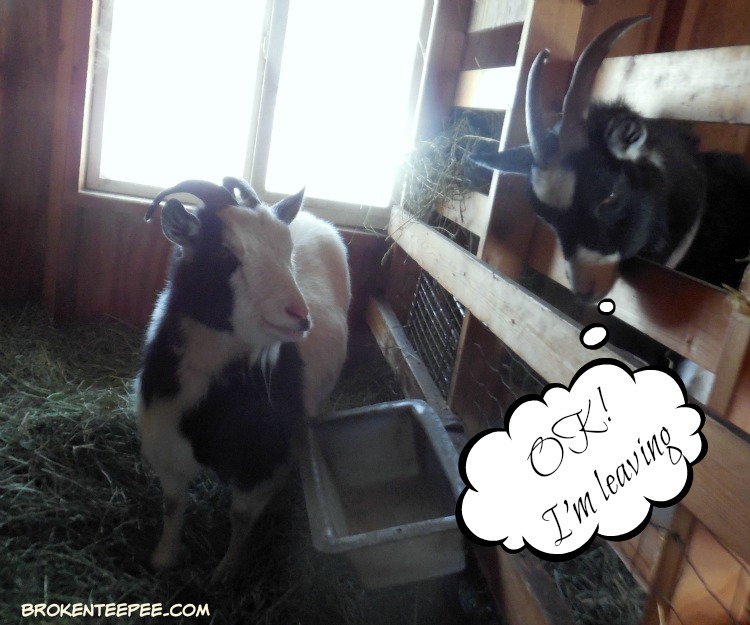 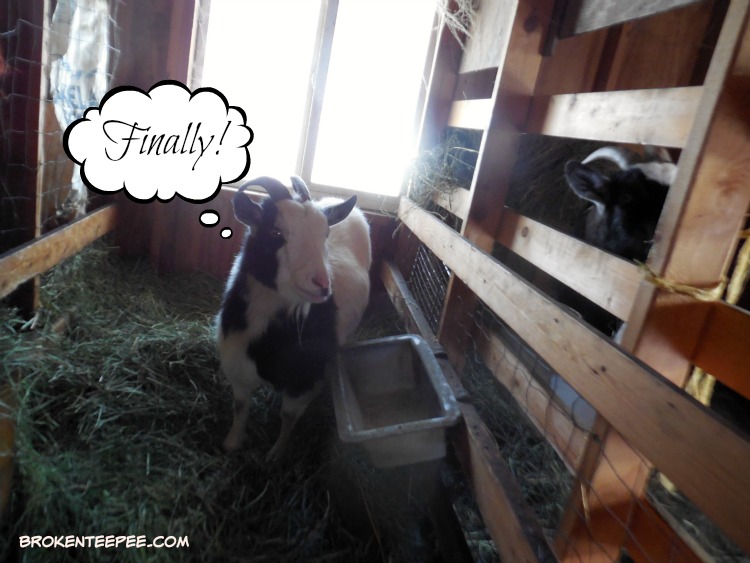 Louise finally did take her head out of Thelma’s pen. I was then able to milk her and after that everygoat could come out into the yard. But it was a bit of a challenge.

I’m sorry the photos are fuzzy. My lens of my Nikon has gotten really scratched.