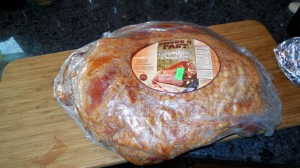 I wrote previously about my experience with Zaycon and their delicious chicken. Recently I came into possession of one of their Applewood Smoked Boneless Hams. Now I love ham – really, really, really love ham and was thrilled to have some. These hams from Zaycon are something else; single muscle, boneless beauties. (When you order through their system you receive 22lbs of ham.) 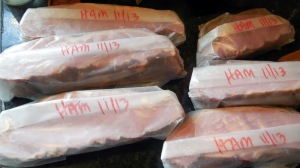 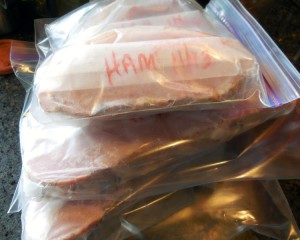 Since it is just the two of us I took the big ham and cut it up into smaller portions and popped them in the freezer. I just love knowing that I have them there waiting for me to enjoy at a later date. 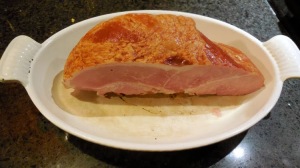 I did save one piece out to enjoy for our Thanksgiving meal. I made it large enough so I’d have some leftovers ’cause I love a ham sandwich! There was nothing fancy about the meal – just some easy classics. I made a glaze for the ham using: 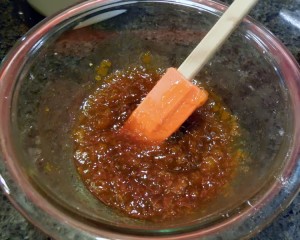 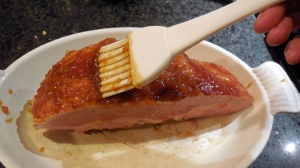 I brushed about 1/3rd of it on the ham before I popped it into a 350° oven. I let it cook for 15 minutes while I made the corn pudding and prepared the Brussels sprouts. 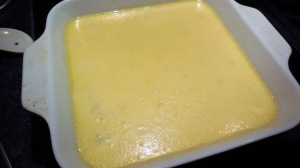 The corn pudding recipe I found on Food.com and it was very basic. I substituted goat’s milk for the heavy cream and I used duck eggs since I didn’t have any chicken eggs. 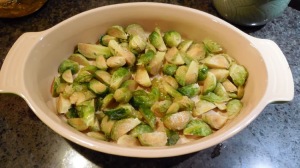 For the Brussels sprouts I just cut them into quarters, added a bit of olive oil and salt and then popped them and the corn pudding into the oven. 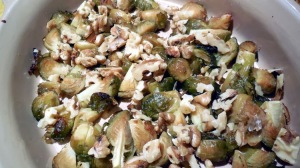 The corn pudding recipe indicated it needed to rest 5 minutes before serving so while it was doing so I toasted some walnuts to put on the sprouts. 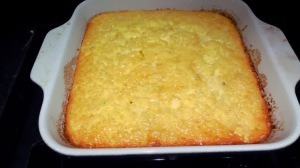 The corn pudding came out perfectly. It was light and sweet and just what I was looking for to go with the ham. The Brussels sprouts added a nice touch of slight bitterness that played well with the ham and corn pudding. 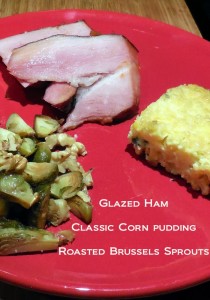 It was a delicious Thanksgiving dinner if I do say so myself. Nothing fancy, just good food.
To me it’s not Thanksgiving without pumpkin pie so did make one despite the hubby complaining about his waistline. 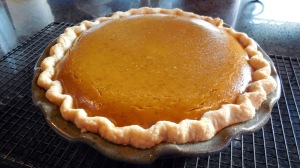 heh.
Nothing fancy there either. Just straightforward pumpkin pie. 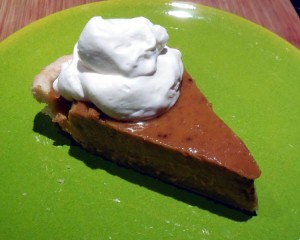 With whipped cream of course!
All in all a very nice Thanksgiving for two.

If you decide you would like to try Zaycon’s ham or chicken I do have a referral link and I receive a small credit if you use it. Just click this link:  https://zayconfoods.com/refer/zf237258

Thank you and I hope you all had a lovely Thanksgiving too!