One of my favorite books from last year was Promise by Minrose Gwin so when I was offered her latest book, The Accidentals I said yes as quickly as I could. I thank TLC Book Tours for sending me a copy at no charge for my honest review. 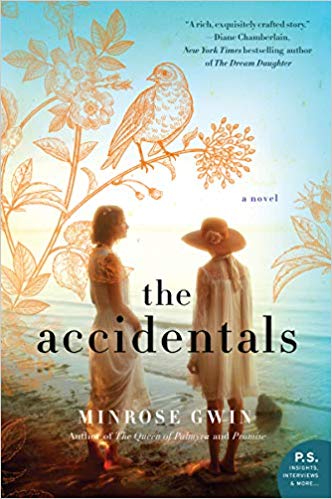 Following the death of their mother from a botched backwoods abortion, the McAlister daughters have to cope with the ripple effect of this tragedy as they come of age in 1950s Mississippi and then grow up to face their own impossible choices—an unforgettable, beautiful novel that is threaded throughout with the stories of mothers and daughters in pre-Roe versus Wade America.

Life heads down back alleys, takes sharp left turns. Then, one fine day it jumps the track and crashes.”

In the fall of 1957, Olivia McAlister is living in Opelika, Mississippi, caring for her two girls, June and Grace, and her husband, Holly. She dreams of living a much larger life–seeing the world and returning to her wartime job at a landing boat factory in New Orleans. As she watches over the birds in her yard, Olivia feels like an “accidental”—a migratory bird blown off course.

When Olivia becomes pregnant again, she makes a fateful decision, compelling Grace, June, and Holly to cope in different ways. While their father digs up the backyard to build a bomb shelter, desperate to protect his family, Olivia’s spinster sister tries to take them all under her wing. But the impact of Olivia’s decision reverberates throughout Grace’s and June’s lives. Grace, caught up in an unconventional love affair, becomes one of the “girls who went away” to have a baby in secret. June, guilt-ridden for her part in exposing Grace’s pregnancy, eventually makes an unhappy marriage. Meanwhile Ed Mae Johnson, an African-American care worker in a New Orleans orphanage, is drastically impacted by Grace’s choices.

As the years go by, their lives intersect in ways that reflect the unpredictable nature of bird flight that lands in accidental locations—and the consolations of imperfect return.

Filled with tragedy, humor, joy, and the indomitable strength of women facing the constricted spaces of the 1950s and 60s, The Accidentals is a poignant, timely novel that reminds us of the hope and consolation that can be found in unexpected landings.

The Accidentals is available for purchase at Harper Collins

Like the characters in her latest novel, Promise, Minrose Gwin is a native of Tupelo, Mississippi. She grew up hearing wild stories about the devastating Tupelo tornado of 1936–flying babies, dehorned cows, people dangling in bare-limbed trees–all of which would find their way into Promise, a novel that unearths the deeper devastation of racial injustice. Gwin began her writing career as a newspaper and wire service reporter in cities throughout the southeast. Her civil rights-era novel, The Queen of Palmyra, was a Barnes & Noble Discover Great New Writers pick, a finalist for the John Gardner Fiction Book Award, and a Women’s National Book Association Great Group Reads selection. Her memoir, Wishing for Snow, tells the story of her mother’s descent into mental illness.

Wearing another hat, Gwin is also a teacher, author of cultural studies books, and editor, focusing on issues of social justice. In Remembering Medgar Evers: Writing the Long Civil Rights Movement, she writes of the reverberating impact of this lesser-known Civil Rights leader’s martyrdom. She is also a coeditor of The Literature of the American South. Gwin has taught as a professor at universities across the country, most recently the University of North Carolina at Chapel Hill. She currently lives in Chapel Hill and Albuquerque, New Mexico.

The Accidentals appealed to me for a number of reasons, the most important being how much I loved Ms. Gwin’s book, Promise. The title refers in it’s official definition to birds that appear where they don’t belong – rather like the blue jays we had visiting here in Montana in the winter of 2018. 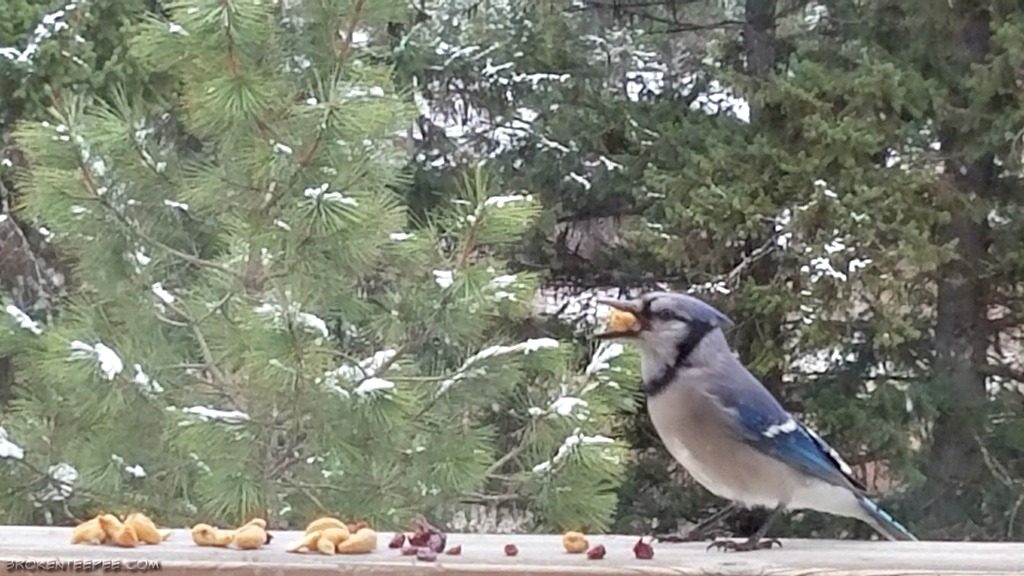 We are nowhere near a blue jays normal range but we truly enjoyed their visits. In the more abstract sense accidentals are people that are out of place. I don’t know about you but I have felt like a bit of an accidental at various times in my life.

While there are men that play vital roles in this book it is a story that belongs to the women. Olivia is living with her husband Holly, and two daughters June and Grace, in a very small town in Mississippi. Her life revolves around taking care of them and she is feeling very stifled. Her husband does not appreciate her and feels a real lack since she has not given him a son. He has been waiting for his boy to arrive since he dreamed of him during the war. As with many women post WWII Olivia has gone from working and feeling fulfilled and needed to being sent home and told that the men are back now so the women need to go back to being housewives.

Olivia wants more out of life but finds herself pregnant. She makes a decision that will impact her family in ways she could not have imagined. It sets off a series of events that has one daughter making bad decisions, another making a bad marriage and Olivia’s sister trying to take her place.

I can’t get too far into the plot or it will give it all away. It’s not a simple story and it does require some attention. But that is also what makes it worth reading. It’s complicated but not overwhelming. There are quite a few moving parts and while they all do eventually come together it does feel a little rushed at the end. I almost with that the book were a little longer so that it could have played out a little more fully.

Ms. Gwin has a magical writing style even when telling of difficult things like abortion, war, teenage pregnancy and the unfairness in life. I can’t say I liked this book as much as I loved Promise but it is still a very worthwhile read for the well constructed characters and challenging plot.