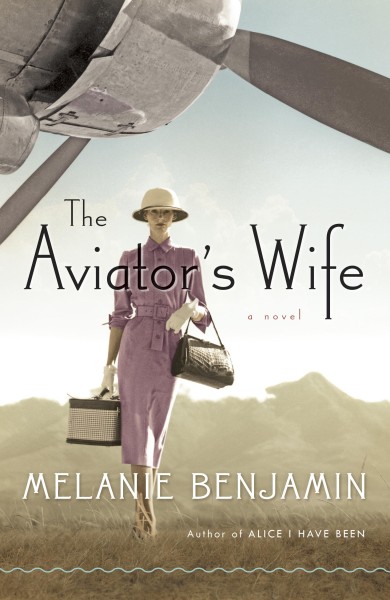 For much of her life, Anne Morrow, the shy daughter of the U.S. ambassador to Mexico, has stood in the shadows of those around her, including her millionaire father and vibrant older sister, who often steals the spotlight. Then Anne, a college senior with hidden literary aspirations, travels to Mexico City to spend Christmas with her family. There she meets Colonel Charles Lindbergh, fresh off his celebrated 1927 solo flight across the Atlantic. Enthralled by Charles’s assurance and fame, Anne is certain the celebrated aviator has scarcely noticed her.
But she is wrong.
Charles sees in Anne a kindred spirit, a fellow adventurer, and her world will be changed forever. The two marry in a headline-making wedding. Hounded by adoring crowds and hunted by an insatiable press, Charles shields himself and his new bride from prying eyes, leaving Anne to feel her life falling back into the shadows. In the years that follow, despite her own major achievements—she becomes the first licensed female glider pilot in the United States—Anne is viewed merely as the aviator’s wife. The fairy-tale life she once longed for will bring heartbreak and hardships, ultimately pushing her to reconcile her need for love and her desire for independence, and to embrace, at last, life’s infinite possibilities for change and happiness.
Drawing on the rich history of the twentieth century—from the late twenties to the mid-sixties—and featuring cameos from such notable characters as Joseph Kennedy and Amelia Earhart, The Aviator’s Wife is a vividly imagined novel of a complicated marriage—revealing both its dizzying highs and its devastating lows. With stunning power and grace, Melanie Benjamin provides new insight into what made this remarkable relationship endure.

Melanie Benjamin is the author of the nationally bestselling Alice I Have Been and The Autobiography of Mrs. Tom Thumb. Her latest book is the historical fiction, The Aviator’s Wife.
Benjamin lives in Chicago, where she is at work on her next historical novel.

I went into this book with limited knowledge of the Lindberghs, just the basics like most everyone knows; he was the first to solo over the Atlantic to land in Paris. Their baby was kidnapped, killed, someone was caught and tried but was he the right someone? I had no idea that Anne Morrow Lindbergh was such a well known author, I did not know she also flew, I did not know about how badly they were hounded by the press – I thought that was a modern thing. I did not know Charles was well, an adulterous pig with three (THREE!!) other families. Seriously, why can’t famous men keep it in their pants? Sorry, I digress….

Anne Morrow Lindbergh was a woman in a time that did not put much faith in women beyond becoming wives. Yes she did go to college – a very prestigious college – but she was not truly thought to do anything but marry, have children and look good on her husband’s arm. Oh, and support his endeavors. Women may have gotten the vote in 1914 but they pretty much still did what their husbands’ said. So follow she did. What proof of there is this than everyone knows of Charles’ achievements but I suspect that most do not know that Anne was also a pilot and was the first female American glider pilot. Or do they know that she accompanied Charles on his many flights – for months on end – leaving her children behind? I doubt it. It’s all about Charles.

While this book is purported to be about Anne, it circles around Charles because he is such a huge character and he does not come off as the least bit likable. Was he? I don’t know for sure. I know that after reading this I wouldn’t want to meet him. I’m not sure I would want to meet Anne – she does not come off all that well either. It’s hard to reconcile two such people spending all of that time in a tiny cockpit flying around.

The book itself was a pretty fast read. There was a lot of repetition though – if I had to read about Anne’s “jaunty smile” one more time I was going to spit. I did have an Advance Reader’s Copy so hopefully some of the repetition will be edited out in final copies. So what am I left with? Two characters that I don’t like, writing that drove me crazy at points and a synopsis that didn’t live up to the novel. Hmmm. What did I leave with? A desire to learn more because I’m not sure I learned enough.


You can see The Aviator’s Wife Tour Schedule

You can purchase The Aviator’s Wife on Amazon.com

Disclosure:  I received a free copy of The Aviator’s Wife from Pump Up Your Book Promotions for my honest review. I received no compensation for this post.