The Chalice by Nancy Bilyeau Released in the UK A curse to kill a king, a fight to save a nation. Follow young Joanna Stafford right into the dark heart of King Henry VIII’s court in this stunning Tudor thriller.

England, 1538. The nation is reeling after the ruthless dissolution of the monasteries by King Henry VIII.

Cast out of Dartford Priory, Joanna Stafford – feisty, courageous, but scarred by her recent encounter with rebellion at court – is trying to live a quiet life with her five-year-old charge, Arthur. But family connections draw her dangerously close to a treasonous plot and, repelled by violence and the whispered conspiracies around her, Joanna seeks a life with a man who loves her. But, no matter how hard she tries, she cannot escape the spreading darkness of her destiny. She must make a choice between those she cares for most, and taking her part in a mysterious prophecy foretold by three compelling seers.

Joanna embarks upon a testing journey, and, as she deciphers the meaning at the core of the prophecy, she learns that the fate of a king and the freedom of a nation rest in her hands.

Praise for The Chalice:

“A time in which no one at all can be trusted and everyday life is laced with horror. Bilyeau paints this picture very, very well.” — Reviewing the Evidence

“Bilyeau continues from her first novel the subtle, complex development of Joanna Stafford’s character and combines that with a fast-paced, unexpected plot to hold the reader’s interest on every page. — Historical Novel Society

“Joanna Stafford is a young novice caught up in power struggles familiar to readers of Hilary Mantel and C.J. Sansom, but with elements of magic that echo the historical thrillers of Kate Mosse.” — S.J. PARRIS, author of HERESY, PROPHECY, AND SACRILEGE

“Second in this compelling and highly readable Tudor thriller series following the 16th century adventures of (now cast out) nun Joanna Stafford. Treason, conspiracies and a dangerous prophecy draw Joanna back from the quiet life she had made for herself after being cast out of Dartford Priory – but she isn’t prepared for the gravity of the situation she finds herself in or the responsibility she now holds. Nancy Bilyeau has followed up her impressive debut with an accomplished historical thriller perfect for fans of C. J. Sansom, Philippa Gregory and S. J. Parris.” — Lovereading UK

“Sharply observed, cleverly paced and sympathetically written, this book more than fulfils the promise of THE CROWN, itself named as last year’s most impressive debut novel by the CWA Ellis Peters judges. If Joanna Stafford is to return to see out the final years of Henry’s tempestuous reign and the accession of his Catholic daughter Mary, I am sure I will not be alone in waiting eagerly for her.” — crimereview.co.uk

“A stunning debut. One of the best historical novels I have ever read — ALISON WEIR

THE CHALICE offers a fresh, dynamic look into Tudor England’s most powerful, volatile personalities: Henry VIII, the Duke of Norfolk, Stephen Gardiner and Bloody Mary Tudor. Heroine and former nun Joanna Stafford is beautiful, bold and in lethal danger. Bilyeau writes compellingly of people and places that demand your attention and don’t let you go even after the last exciting page” — KAREN HARPER, bestselling author of MISTRESS OF MOURNING

“Rarely have the terrors of Henry VIII’s reformation been so exciting. Court intrigue, bloody executions, and haunting emotional entanglements create a heady brew of mystery and adventure that sweeps us from the devastation of the ransacked cloisters to the dangerous spy centers of London and the Low Countries, as ex-novice Joanna Stafford fights to save her way of life and fulfill an ancient prophecy, before everything she loves is destroyed.” — C.W. GORTNER, author of THE QUEEN’S VOW

“Bilyeau paints a moving portrait of Catholicism during the Reformation and of reclusive, spiritual people adjusting to the world outside the cloister. This intriguing and suspenseful historical novel pairs well with C. J. Sansom’s Dissolution (2003) and has the insightful feminine perspective of Brenda Rickman Vantrease’s The Heretic’s Wife (2010).” — BOOKLIST

“As in The Crown, Bilyeau’s writing style means that the story reads almost flawlessly. The narrative really makes the reader throw themselves into the story, and makes it so the book is really difficult to put down. I was really very impressed with Bilyeau’s writing (As I was in The Crown), and honestly can’t recommend this book highly enough.” — LOYALTY BINDS ME

“THE CHALICE is a compelling and pacey time machine to the 16th Century. And when you’re returned to the present, you’ll have enjoyed an adventure and gained a new perspective on a past you’d wrongly thought to be a done deal.” — Andrew Pyper, author of THE DEMONOLOGIST

“The Chalice is a gripping, tightly-plotted mystery, with a beguiling heroine at its heart, that vividly conjures up the complex dangers of Reformation England. Bilyeau’s deftness of touch and complete control over her complex material make for a truly exciting and compelling read.”— ELIZABETH FREMANTLE author of QUEEN’S GAMBIT

“THE CHALICE is brimming with sinister portents, twisted allegiances, religious superstition and political intrigue. It’s a darkly fascinating Tudor brew that leaves you thirsting for more.” — PATRICIA BRACEWELL, author of SHADOW ON THE CROWN Nancy Bilyeau has worked on the staffs of InStyle, Rolling Stone, Entertainment Weekly, and Ladies Home Journal. She is currently the executive editor of DuJour magazine. Her screenplays have placed in several prominent industry competitions. Two scripts reached the semi-finalist round of the Nicholl Fellowships of the Academy of Motion Pictures Arts and Sciences. Her screenplay “Zenobia” placed with the American Zoetrope competition, and “Loving Marys” reached the finalist stage of Scriptapalooza. A native of the Midwest, she earned a bachelor’s degree from the University of Michigan. THE CROWN, her first novel, was published in 2012; the sequel, THE CHALICE, followed in 2013.

Some earlier milestones: In 1661, Nancy’s ancestor, Pierre Billiou, emigrated from France to what was then New Amsterdam when he and his family sailed on the St. Jean de Baptiste to escape persecution for their Protestant beliefs. Pierre built the first stone house on Staten Island and is considered the borough’s founder. His little white house is on the national register of historic homes and is still standing to this day.

Nancy lives in New York City with her husband and two children.

Nancy Bilyeau Gives an Inside Peek Behind THE CHALICE

Tuesday, February 18
Princess of Eboli
Words and Peace
Big Book, Little Book
Curling Up By the Fire
Peeking Between the Pages
Oh, For the Hook of a Book
Historical Fiction Obsession

About the Book: Publication Date: March 5, 2013Touchstone512p In the next novel from Nancy Bilyeau after her acclaimed debut The Crown, novice Joanna Stafford plunges into an even more dangerous conspiracy as she comes up against some of the most powerful men of her era. […] 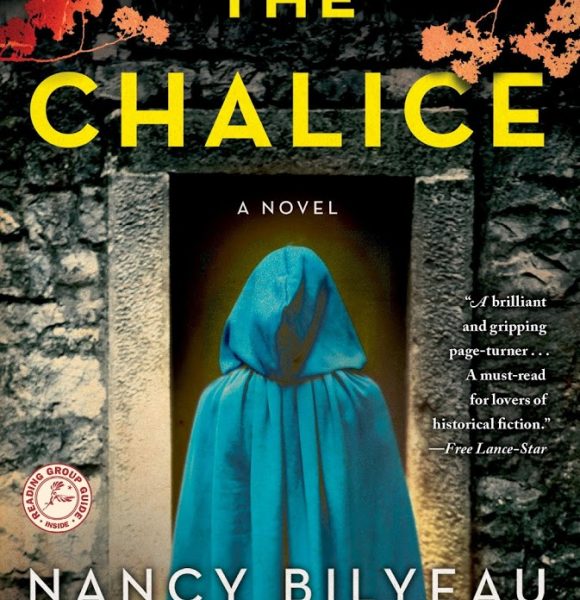 The Chalice by Nancy Bilyeau is Now Out in Paperback! Let’s Celebrate with a Giveaway

The Chalice by Nancy Bilyeau is being released tomorrow (3/18/14) in paperback! This was one of my favorite books from last year – you can read my review. To celebrate I can give one copy away to a very lucky Broken Teepee reader!  But first […] 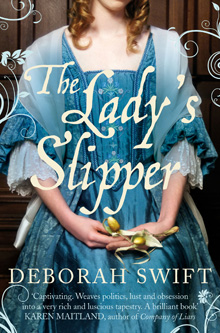 HF Virtual Book Tours is delighted to introduce you to historical novelist Deborah Swift! Deborah’s acclaimed novels are set in turbulent seventeenth century England and have been described as “brilliant” and “a must for all readers looking for something out of the ordinary but grippingly […]