The Chosen Ones by Lisa Luciano – Book Review

I love to watch ice skating when it is on TV so when I was offered the opportunity to read about well, I was all over that. I thank Farrow Communications for sending me a copy of The Chosen Ones by Lisa Luciano at no charge for my honest review. 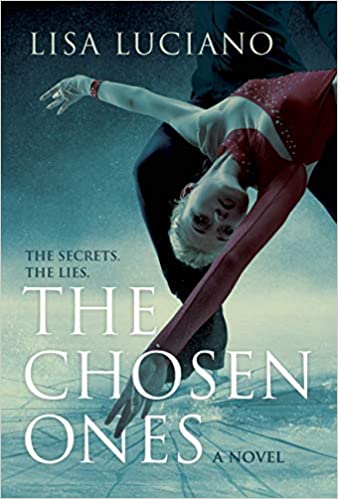 About The Chosen Ones:

If you thought the Tonya Harding / Nancy Kerrigan story was the biggest scandal in figure skating history, you are in for a surprise. It is just one of the many shocking and tragic scandals to rock the world of figure skating.

Behind the glitz and glamour in the rink is a world filled with dark and disturbing secrets, corruption, greed, addiction, abuse, racism, homophobia, athletes at the breaking point, and countless suspects capable of murder in their quest to claim the coveted gold medal.

A chilling message left on an answering machine warns that one of the world’s top male figure skaters will be dead before the end of the Olympics. A disgraced reporter has one chance to save a life and resurrect his career by going undercover as a trainer in order to infiltrate the backstage world of figure skating. What he discovers hidden behind the smiles and sequins, is a chilling and dangerously competitive world filled with corruption and scandal.

Former New York Times sports reporter, Lisa Luciano has a unique perspective into the icy world of competitive figure skating, which she writes about in her debut novel, The Chosen Ones. Releasing May 2020, The Chosen Ones has already won multiple awards including Best Sports Fiction in the New York City Big Books competition and Luciano was included in the 2019 Contemporary Authors reference series.

As a television director/producer, Luciano received national recognition for excellence in educational programming. For 40 years, Lisa has taught English Language Arts, TV Production, Technology, and Digital Literacy to students in grades 6-12, and most recently has worked as a Library Media Specialist. Lisa grew up in Westchester, New York, but now resides in Connecticut.

This story starts with an anonymous message regarding the death of an Olympic ice skater and from there the reader is taken into the world of professional ice skating – for better or worse. The story takes place in the 1990s before the scoring system changed for ice skating – back when it was based on a more subjective rating with a high score of 6. There is an extensive section in the back that explains the genesis of the story and reasons for it; ice skating scandals, cheating, judging issues and more and for those that perhaps aren’t as interested in ice skating and haven’t followed it, it provides a valuable resource to help understand the story.

The Chosen Ones focuses on the men’s competition starting with the US Nationals leading up to the Olympics. It pits the returning champion against a former silver medalist, turned pro who has returned to compete. It explores the relationships between the skaters, the skaters and their coaches and their sometimes uneasy relationship with the fans. The reader gets to know the skaters through the eyes of the reporter trying to find out if there is indeed a plot to murder one of them. He is determined to stop the murder if he can but he is not sure who is in danger.

I really enjoyed the story from the mystery of who was the murder target to who was trying to kill him. The inner workings of the ice skating world were a little bit disappointing as one likes to think things are done fairly. I already knew about the judging scandals but not how really bad things were. It’s really sad for these kids to have worked so hard to have certain things have been almost preordained. But I guess it’s like they say – truth is stranger than fiction and that is what makes for a good story. If you like ice skating you will truly enjoy this book. If you really didn’t know much about it, read this book and you’ll know more than you might want to.