The Door-Man by Peter Wheelwright – Blog Tour and Book Spotlight

I am pleased to welcome Peter Wheelwright today as he tours the internet with TLC Book Tours in support of his book, The Door-Man. 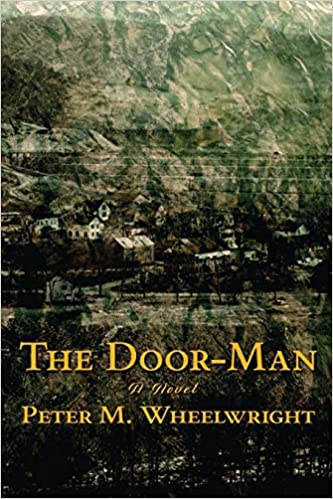 In 1917, during the construction of a large reservoir in the Catskill hamlet of Gilboa, New York, a young paleontologist named Winifred Goldring identified fossils from an ancient forest flooded millions of years ago when the earth’s botanical explosion of oxygen opened a path for the evolution of humankind. However, the reservoir water was needed for NYC, and the fossils were buried once again during the flooding of the doomed town.

A mix of fact and fiction, The Door-Man follows three generations of interwoven families who share a deep wound from Gilboa’s last days. The story is told by Winifred’s grandson, a disaffected NYC doorman working near the Central Park Reservoir during its decommissioning in 1993.

The brief and provisional nature of one’s life on earth – and the nested histories of the places, people and events that give it meaning – engender a reckoning within the tangled roots and fragile bonds of family.

Peter Matthiessen Wheelwright is a former architect and current Emeritus Professor at The New School (Parsons School of Design) in New York City. As It Is On Earth, his first novel, received a 2013 PEN/Hemingway Honorable Mention for Literary Excellence in Debut Fiction.He comes from a family of writers with an abiding interest in the natural world. His uncle is three time National Book Award winner, Peter Matthiessen, and his brother, Jeff Wheelwright, is an earth-science journalist and author.

“The Door-Man is a big, deep, beautiful book that ponders the mysteries of identity and existence–where we’re from and what we are, and the hidden forces that bind people together and drive them apart. Peter Wheelwright has written a riveting multi-generational saga that is also a meditation on time itself-what it gives and what it takes, and ultimately, what endures.”

-Catherine Chung, author of Forgotten Country and The Tenth Muse

“A suspenseful reflection on identity and memory, with their unsparing strangeness and dreamlike fragility, The Door-Man intimates that while time does not heal all, it does elicit forgiveness. Wheelwright reminds us that, like memory itself, life does not progress steadily without opposition, but occurs in unexpected leaps and bounds, seemingly random and always incomplete. A complex and thoughtful book.”

-Susanna Moore, Author of In the Cut and Miss Aluminum-A Memoir

“Good fiction opens new dimensions and perspectives on our existence, and Peter Wheelwright opens many in The Door-Man in a gripping three-generation saga of an extended family that includes murder, incest, bastard siblings, and all kinds of other skeletons in the closet. A frothy bouillabaisse of narrative history and imaginative storytelling.”

“Like his own award-winning As It Is On Earth, The Door-Man asks each of us to reflect on our place on these American lands and among the people we’ve variously misunderstood, loved, displaced, or forgotten.”

-Derek Furr, author of Semitones and Suite for Three Voices

“Wheelwright conjures another time and world, a once-here historical intrigue as poignant as memory. Filled with insight, deft detail and wry wit, The Door Man is exactly the novelistic embrace we need in our agitated bewilderment.”