Historical fiction that takes place in ancient times is a particular favorite of mine. I thank Historical Fiction Virtual Book Tours for sending me a copy of The Emperor’s Assasin by Autumn Bardot at no charge for my honest review. 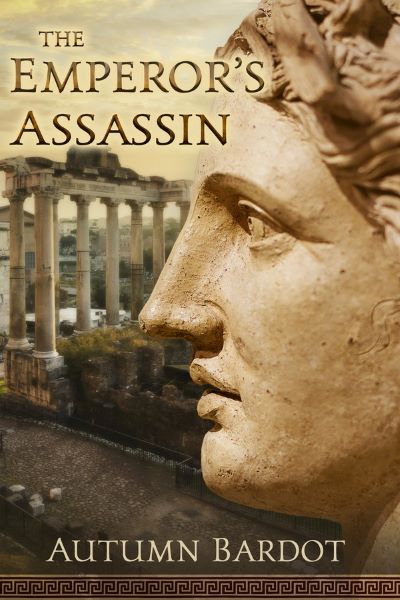 About The Emperor’s Assasin:

History paints her as the first female serial killer…

Locusta is the daughter of a winemaker in the Roman province of Gaul. She enjoys the indulged childhood of the elite, her concerns only about the day’s amusements. She rides gentle ponies, attends parties, reads Ovid, and learns the herbal arts from her servant. But the day after meeting her betrothed, Locusta discovers the consequences of possessing such dangerous knowledge.

Ordered to leave her pastoral life, Locusta is thrust into a world of intrigue, scandal, and murder—where treason lurks behind every corner and defying an emperor means death. Locusta’s life changes forever when a young Emperor Nero requires her herbal expertise. And commands her to be his personal poisoner. Caught in an imperial web, Locusta must embrace her profession or die.

Or is there another way out?

History paints her as the first female serial killer. Or is she yet another maligned woman in history?

Autumn, a pen name, has worked as an educator for more than sixteen years. She teaches literature, writing, and the magic of words. She has a passion for history and a special affinity for the unsung courageous females that history has neglected. Or misunderstood. Autumn lives in Southern California with her husband and every-growing family. She wishes she was one-tenth as brave as the women she writes about.

We meet the heroine of The Emperor’s Assasin when she is just a young girl living on her father’s estate. He grows grapes but is a little addled, as is her older brother. Locusta is anxious to meet the man she is going to marry. She prepares for this momentous ocassion with her servant/friend/mentor, Pricilla.  Since her mother died it has been Pricilla to whom Locusta has turned for just about everything and the two share a love of botany. Soon Locusta is respected as a healer in the surrounding villages.

Her marriage does not work out and her brother is not capable of running the vineyard. Soon her father’s decline has her heading to Rome to deal with his forgetfulness. This also sets her on the path to her future – for better or worse. Her knowledge of plants brings her to the attention of the greatest of Romans – the Emperor, Nero. He enlists her and her skills for his nefarious purposes and soon she is forced to poison people for him.

Her life situation changes markedly for the better but her position as the Emperor’s poisoner doesn’t exactly make her the most popular woman in the city. She does have one champion though – a Centurian she met while he and and his soldiers were passing by her father’s vineyard. Marcus loves her and feels she is the woman he is prophesized to marry. But the fates are not kind to them.

It’s really hard to get behind a heroine that is a killer. And a killer of so many people. But there is something about Locusta that somehow makes you forgive her for all of her murder. She is a child thrust into an adult world, a woman with little power in a man’s world who is forced to used her knowledge by a very evil and manipulative man.

Nero, as history tells us, did not have an over long nor popular reign. Staying in power can be difficult if you rule more by fear than by gaining the respect of your subjects. Some sources are coming forward to perhaps show that Nero was as bad as written but the fact remains that he did have a poisoner and that poisoner was a woman.

Ms. Bardot writes her heroine in such a way as to make her interesting, sympathetic and compelling. Despite her horrific deeds I really wanted the fates to turn for Locusta and give her a future free of Nero and his machinations. Did that happen? I’m not going to tell you! I will tell you that if you choose to read this book you will not be disappointed; it’s well researched, well written and full of great characters. I was lost in time and taken away to the Rome of Nero – for better or worse. It wasn’t a good time to be a woman but I was glad for the opportunity to go there with such a skilled tour guide.