The Farm Cats Have a TeePee and it Isn’t Broken!

I saw it on etsy and just knew.

It belonged here. Don’t you think. I mean really – it’s like it was made for my cats. It’s called the Kiteepee. And it’s most certainly not a Broken Teepee! They are made in Australia and really adorable in person. 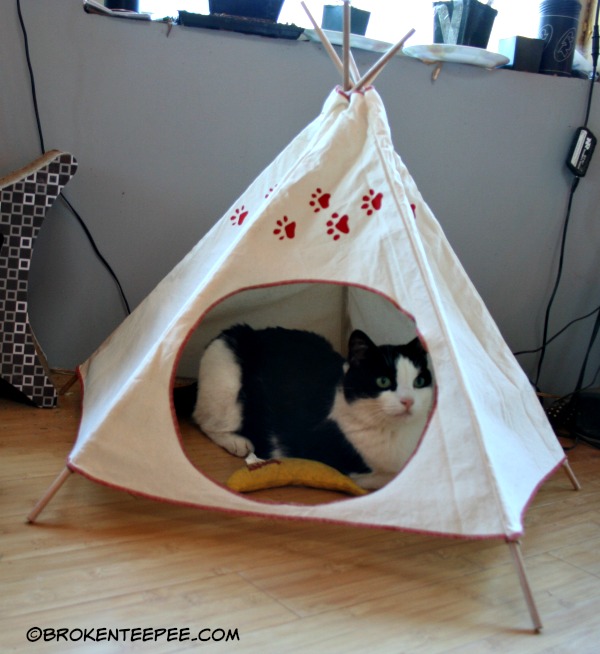 I put it together as soon as it arrived and Harry the farm cat was the first one in. He took the ‘nip ‘nanner in there with him.  Boy they do love that ‘nip ‘nanner! They’ve chewed a hole in it! 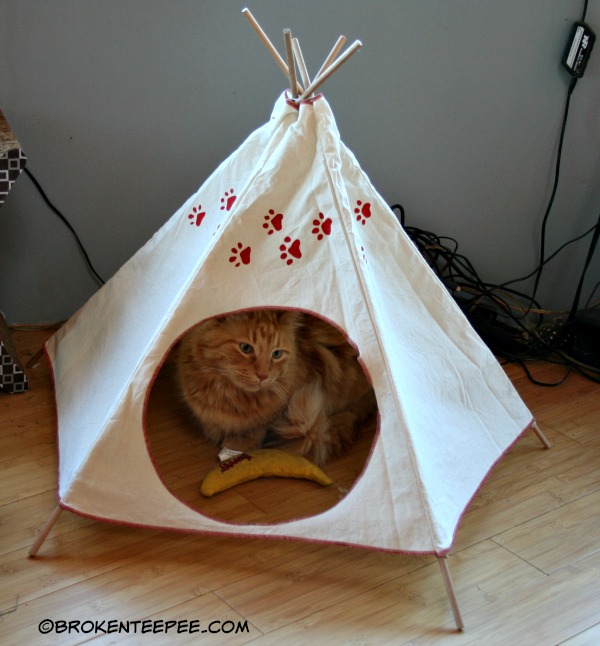 Sherpa was next. I think they liked that it was enclosed but not dark, Sherpa out of all the cats likes it the best. I find him in there quite often – I think he might use it to pounce on his brothers and sister.

There are several designs and two sizes available. It’s over in the section of the yurt the hubby calls CatTown. He says there are more cat beds, etc. here than human stuff and I say, “yes.” What else is there to say. There are more of them than there are of us. Better to keep them happy or they might mutiny.