I am very excited to be reading this first book in a trilogy from E.M. Powell. The Fifth Knight was sent to me from Historical Fiction Virtual Book Tours at no charge for my honest review 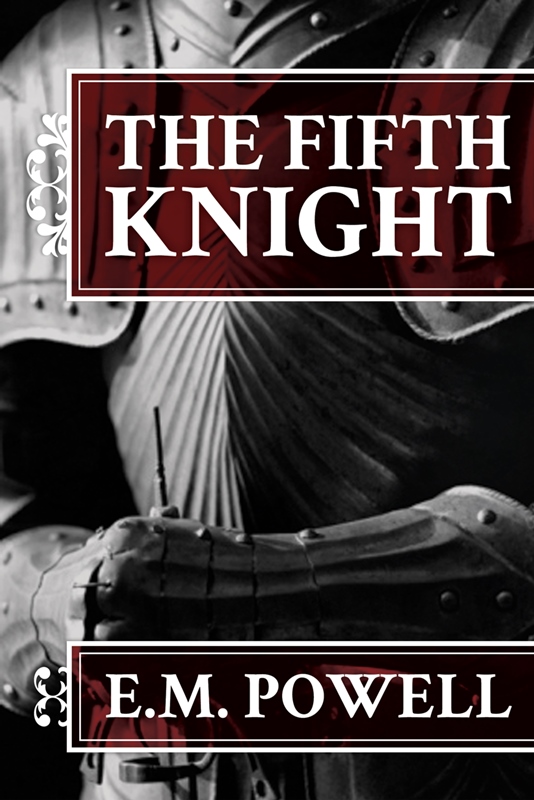 About The Fifth Knight:

To escape a lifetime of poverty, mercenary Sir Benedict Palmer agrees to one final, lucrative job: help King Henry II’s knights seize the traitor Archbishop Thomas Becket at Canterbury Cathedral. But what begins as a clandestine arrest ends in cold-blooded murder. And when Fitzurse, the knights’ ringleader, kidnaps Theodosia, a beautiful young nun who witnessed the crime, Palmer can sit silently by no longer. For not only is Theodosia’s virtue at stake, so too is the secret she unknowingly carries—a secret he knows Fitzurse will torture out of her. Now Palmer and Theodosia are on the run, strangers from different worlds forced to rely only on each other as they race to uncover the hidden motive behind Becket’s grisly murder—and the shocking truth that could destroy a kingdom.

E. M. Powell was born and raised in Ireland, a descendant of Irish revolutionary Michael Collins. At University College, Cork, she discovered a love of Anglo-Saxon and medieval English during her study of literature and geography. She is a member of Romance Writers of America, the Manchester Irish Writers, the Historical Novel Society, and International Thriller Writers. A reviewer for the Historical Novel Society, she lives today in Manchester, England, with her husband and daughter.For more information, please visit E.M. Powell’s website and blog. You can also connect with her on Facebook, Twitter and Goodreads.

This books starts off with the murder of Thomas Becket and it doesn’t let up until the very end. Utilizing one of the most polarizing murders in history Ms. Powell invents a conspiracy behind the killing beyond Henry II’s desire to be rid of “that meddlesome priest.” Mixing the real killer knights with fictional characters running for their lives after a secret is uncovered and you have a book that keeps you turning the pages until the very last one.

Young nun Theodosia, planning to be an anchoress at Canterbury Cathedral is witness to the killing and one subject of a search by the five knights taking part. Sir Benedict Palmer is that fifth knight – as we know history only reports four killers. The fictional Palmer finds that he is on a mission far beyond what he signed on for; he is a mercenary but he has a sense of ethics. When he learns that their leader, Fitzurse is going to torture Theodosia for information about her mother Palmer steals her away.  They are followed by the evil knights as they race to save both Theodosia and her mother and find out why they are in danger.

I really enjoyed this book and read it just about in one sitting. The last few chapters had to be held ’til the next morning because I couldn’t hold my eyes open any longer. It’s a fast paced historical suspense novel if you will. I had a love/hate thing going with both Theodosia and Benedict as both were annoying at any given time but I figure when a character in a book has me wanting to slap them as well as embrace them they are well developed! The twists and turns are many and there is a bit of a Keystone Cops feeling at times but it was a fun book to read. The “secret” was pretty predictable but the bad guy was a surprise.

You can read my reviews of other books by E.M. Powell including The Blood of the Fifth Knight, The Lord of Ireland and The King’s Justice.