I would like to welcome Irina Shapiro today as she tours the internet with her novel, The Hands of Time. I must admit that I was truly upset that I could not fit Ms. Shapiro’s book into my reading schedule as it looks absolutely fascinating and you all know by now my love of time travel books. It’s the first in a series – Ms. Shapiro is currently working on the fifth book –  so perhaps I’ll be able to catch up at some point in time. I love, love, love the cover – don’t you just want to pass through into that sunrise (sunset?) I will give you the guest post first and follow up with all of the information about this fascinating book. So please join me in welcoming Irina Shapiro!

My fascination with time travel.

Although The Hands of Time wasn’t the first book I’d written, the idea of writing about time travel was at the back of my mind for some time; just growing and nagging at me, the story begging to be shared.  Truth be told, I’ve always been fascinated with the idea of time travel.  What would any of us do if suddenly transported to a different time?  How would we survive?  Would we be able to adapt if faced with the prospect of spending our life trapped in another century, one much more dangerous than our own?
Sure, we are better educated, technologically savvy, and in better physical health than most people who lived in the past, but what real skills do any of us possess that would help us survive in a world where everything had to be done by hand, and a simple mistake or lack of ability could be the difference between life and death?  What good would our education and political correctness do in a political climate where saying the wrong thing or supporting the wrong monarch could send you to your death without the benefit of a fair trial?

And once we overcame all the obstacles in our way, might it be possible to find some things in the past that were missing from our lives in the present?   Sending my heroine to the seventeenth century gave me a unique opportunity to examine the differences between the relationships of today and the courtships of the past.  Men and women had such different expectations of each other; their relationships not as transient as the “hit and run” encounters of today; or were they?  Is there a reason why most heroines of time travel novels wind up staying in the past when given the opportunity to return to the present?  Do those chivalrous men know something that our modern men don’t, such as how to commit wholeheartedly, not always keeping their options open in case something better comes along?
Let’s be honest, falling through time in real life would be an absolute nightmare, a one-way ticket to hell, but it sure is fun to play around with the idea in literature, when we can make the journey without ever leaving the comfort and safety of our lives, and live the adventure through the eyes of the characters.

You want to read it now too, don’t you?
I really wish I could speed read – I mean I read quite quickly as it is but there are just SO many good books out there. Oh well – here is what you need to know about The Hands of Time: Publication Date: December 7, 2011
Merlin Press
eBook
ASIN: B006JRO9WS
When a young American woman vanishes without a trace from a quaint fishing village on the coast of England only one person knows the truth, but he remains silent, allowing the authorities to search for her in vain, safe in the knowledge that she will never be found. As Valerie’s bereft sister returns home alone, she struggles to understand what happened and come to terms with her terrible loss when she suddenly stumbles upon a clue that might finally shed some light on her sister’s disappearance.
Meanwhile, Valerie Crane finds herself transported to the year 1605. Terrified and confused she turns for help to the Whitfield brothers, who take her in and offer her a home despite their misgivings about her origins. Both Alexander and Finlay Whitfield fall in love with the mysterious woman who shows up on their doorstep, creating a love triangle that threatens to consume them all. Valerie must make her choice, deciding between the brother who will lead her down the path of destruction or one who will give her the love she couldn’t find in her own time.

Irina Shapiro was born in Moscow, Russia, where she lived until she was eleven. In 1982 her family emigrated to the United States and settled in New York. Due to her love of reading, Irina was able to pick up English very quickly, and was an honor student throughout her school career.
After graduating from Bernard M. Baruch College in 1992 with a Bachelor’s degree in International Business, Irina worked in advertising for two years before shifting her focus to Import/Export. She worked her way up to the position of Import Manager in a large textile house before leaving the work force in 2007 to focus on her autistic son.
It wasn’t until Irina had been at home for some time that she began to write. Eventually the characters began to take on a life of their own and have conversations in her head, and once she started writing her musings down the stories came easily enough. Irina incorporated her love of history and travel into her writing to create a rich and detailed background for the characters. Since then Irina has written eight novels. She is currently working on book five of The Hands of Time Series.
Irina Shapiro lives in New Jersey with her husband and two children.
For more information, please visit www.irinashapiro.com. You can also follow her on Facebook and Twitter.
You can see The Hands of Time Tour Schedule
You can purchase The Hands of Time on Amazon.com
Share
Tweet
Yum
Share
Pin
Email
blog tour and guest postIrina ShapiroThe Hands of Time 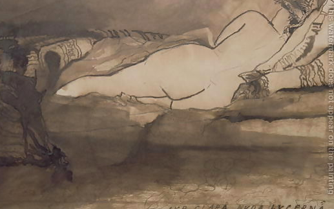 I am very happy to give you a peak into the novel Seduction with an excerpt from M.J. Rose: “Imagination is intelligence with an erection.” ― Victor Hugo Excerpt from SEDUCTION – From Chapter 14       I imagined you were dreaming your own dream, oblivious […] 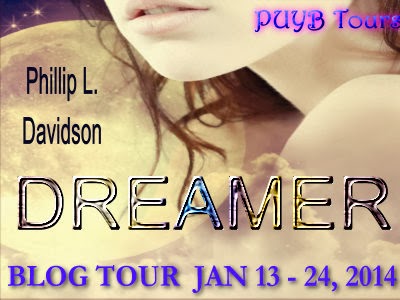 I am pleased to welcome Philip Davidson today with a guest post and excerpt from his book Dreamer. About The Book: Is the Dreamer good or evil? As war looms between Britain and Argentina over the barren Falkland Islands, Major David Elliott is having nightmares. Long ago, […] 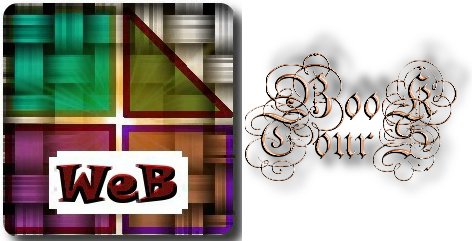 Please welcome Jori Sams today as she tours with her book, What Every Woman Should Know. Since I could form sentences, I have felt the need to express myself through words. Over the years, this has come in the shape of poetry, children’s stories, short […]