I must admit that I enjoy Russian historical fiction. There is so much history to be mined there. The Lost Season of Love and Snow by Jennifer Laam is far more a character driven novel than a history driven novel but it does take place in interesting times. I was sent a free copy for my honest review. 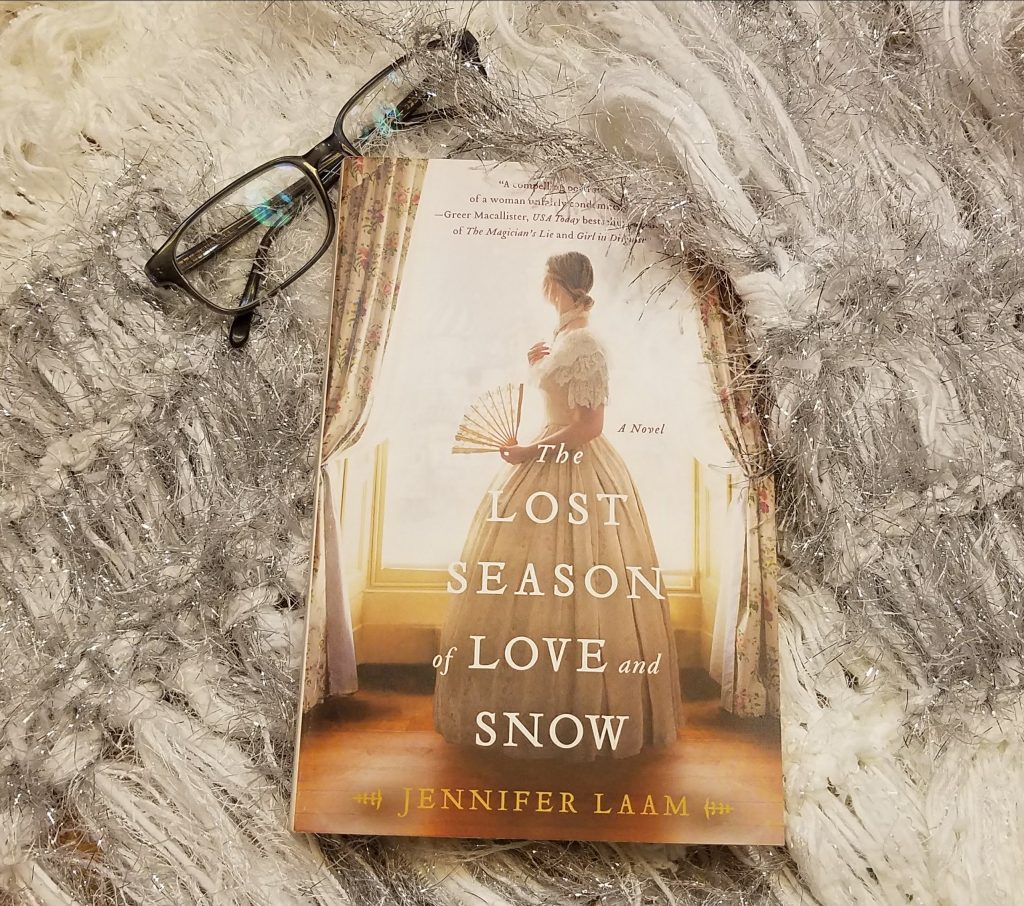 About The Lost Season of Love and Snow:

The unforgettable story of Alexander Pushkin’s beautiful wife, Natalya, a woman much admired at Court, and how she became reviled as the villain of St. Petersburg.

At the beguiling age of sixteen, Natalya Goncharova is stunningly beautiful and intellectually curious. At her first public ball during the Christmas of 1828, she attracts the romantic attention of Russia’s most lauded rebel poet: Alexander Pushkin. Finding herself deeply attracted to Alexander’s intensity and joie de vivre, Natalya is swept up in a courtship and then a marriage full of passion but also destructive jealousies. When vicious court gossip leads Alexander to defend his honor as well as Natalya’s in a duel, he tragically succumbs to his injuries. Natalya finds herself reviled for her perceived role in his death. In her striking new novel, The Lost Season of Love and Snow, Jennifer Laam helps bring Natalya’s side of the story to life with vivid imagination―the compelling tale of her inner struggle to create a fulfilling life despite the dangerous intrigues of a glamorous imperial Court and that of her greatest love.

Author Jennifer Laam has long been fascinated with Russian culture, particularly the Romanovs. In her novels, she explores the inner lives of historical figures and connects stories from the past to present day characters. Born and raised in Stockton, CA, Jennifer has lived in Los Angeles and the Detroit suburbs, as well as Central California. In her spare time, she enjoys line dancing, travel, cosplay, and Netflix.

I will admit to knowing the name Alexander Pushkin. But I will also admit that I didn’t know much more about the man than he was a famous poet. I’ve long been fascinated with various facets of Russian history so I knew that I was starting from a good place with The Lost Season of Love and Snow. The book is the imagined telling of the love story of Alexander and his wife Natalya through her eyes.

It was a time when women did not hold much power and the slightest scandal could ruin a woman forever. Natalya was one of the great beauties of her time despite coming from a family that had fallen on hard times. She was feeling the pressure to marry well so as to provide for her family but what is a girl to do when the heart leads her to a poet? That poet may be Russia’s most famous but he has a bit of the renegade about him and she fears his revolutionary thoughts could lead to exile. She gets assurances that her beloved will be safe but the question then becomes, will she be?

These two are very compelling characters; Natalya was very young when she married Alexander and he was what we would consider a bit of a player. He introduced her to court where her beauty made her quite popular and after a childhood where her mother constantly berated her the attention was a comfort – especially when Alexander was away. They were both flirts but Natalya attracted some dangerous attention. It caused her no end of worry and Alexander no end of jealousy.

Her telling of the tale offers a softer perspective on their life together. History shows it did not end happily for him but life did go on for Natalya and their children.

I enjoyed this take on the love story of Alexander and Natalya. They were at times lovable and detestable as can often be said of people of disparate ages and types who fall in love. Ms. Laam brings the period to life with well written descriptions of the Tsar’s court and its entertainments. She presents the different households well so that you really get the sense of the depths to which Natalya’s family had fallen while still trying to maintain some nobility.

It’s a great read for sitting by the fire with a cup of tea on a Saturday afternoon.

One lucky US reader will win a copy of The Lost Season of Love and Snow. Just enter as many ways as you would like on the Gleam widget below. Full rules are on the widget. Good luck everyone.
Jennifer laam