I have read several books by Kristy Cambron including The Illusionist’s Apprentice, The Lost Castle, and The Painted Castle, Now I am excited to bring you her latest book, The Paris Dressmaker. I thank Historical Fiction Virtual Book Tours for sending me a copy at no charge for my honest opinion. 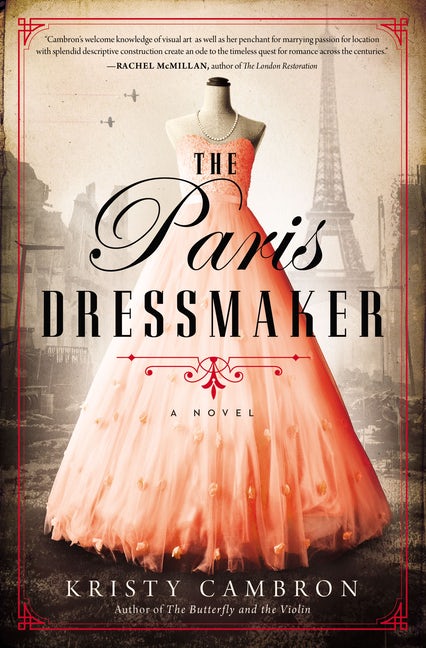 About The Paris Dressmaker:

Based on true accounts of how Parisiennes resisted the Nazi occupation in World War II—from fashion houses to the city streets—comes a story of two courageous women who risked everything to fight an evil they couldn’t abide.

Paris, 1939. Maison Chanel has closed, thrusting haute couture dressmaker Lila de Laurent out of the world of high fashion as Nazi soldiers invade the streets and the City of Lights slips into darkness. Lila’s life is now a series of rations, brutal restrictions, and carefully controlled propaganda while Paris is cut off from the rest of the world. Yet in hidden corners of the city, the faithful pledge to resist. Lila is drawn to La Resistance and is soon using her skills as a dressmaker to infiltrate the Nazi elite. She takes their measurements and designs masterpieces, all while collecting secrets in the glamorous Hôtel Ritz—the heart of the Nazis’ Parisian headquarters. But when dashing René Touliard suddenly reenters her world, Lila finds her heart tangled between determination to help save his Jewish family and bolstering the fight for liberation.

Paris, 1943. Sandrine Paquet’s job is to catalog the priceless works of art bound for the Führer’s Berlin, masterpieces stolen from prominent Jewish families. But behind closed doors, she secretly forages for information from the underground resistance. Beneath her compliant façade lies a woman bent on uncovering the fate of her missing husband . . . but at what cost? As Hitler’s regime crumbles, Sandrine is drawn in deeper when she uncrates an exquisite blush Chanel gown concealing a cryptic message that may reveal the fate of a dressmaker who vanished from within the fashion elite.

Told across the span of the Nazi occupation, The Paris Dressmaker highlights the brave women who used everything in their power to resist darkness and restore light to their world. 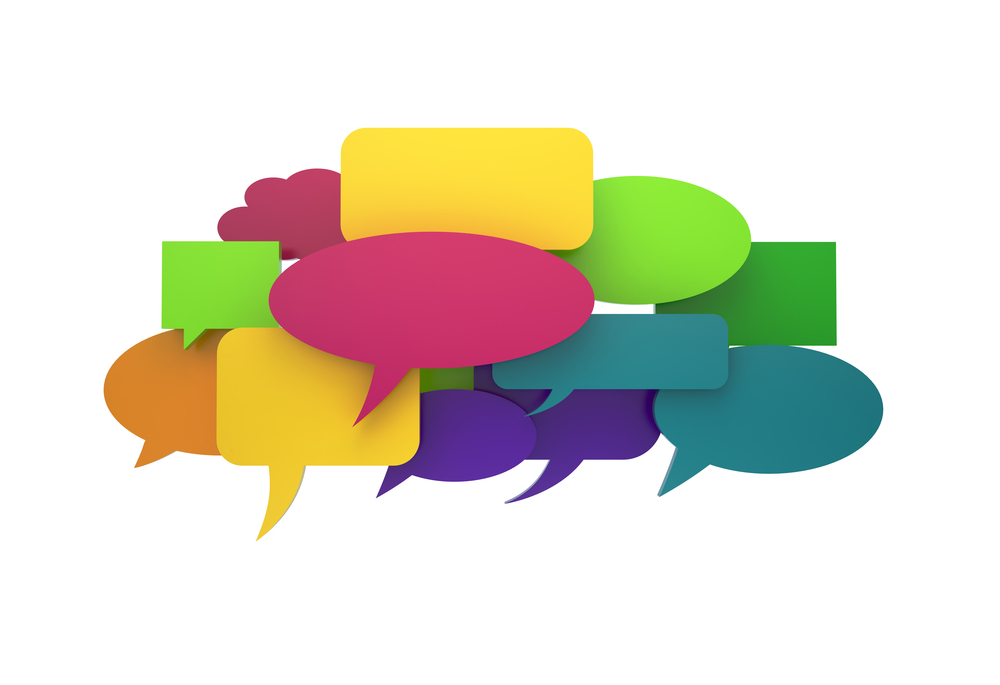 Praise for The Paris Dressmaker

“Woven within this beautiful historical tapestry of WWII from Cambron (The Painted Castle) is the stark reminder to keep friends close and enemies closer . . .Based on true events, this exquisite tale impresses with its historical and emotional authenticity. Historical fiction fans won’t want to miss this.” —Publishers Weekly Starred Review

“Unimaginable heartache, unforgettable romance, and cheering defiance against the oppression the Nazis inflicted on Paris; readers will be swept away into a story where battle-scarred good at last rings victory over evil.” —J’nell Ciesielski, author of The Socialite

“Stunning. With as much skill and care as the title’s namesake possesses, The Paris Dressmaker weaves together the stories of two heroines who boldly defy the darkness that descends on the City of Light.” —Jocelyn Green, Christy Award-winning author of Shadows of the White City 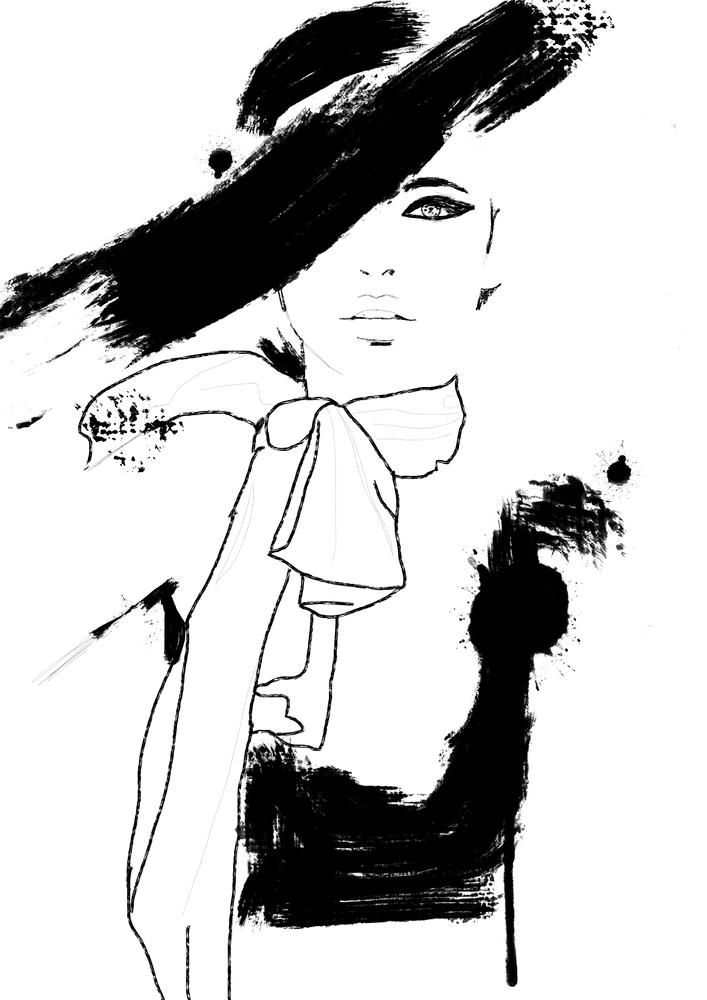 “A thoroughly satisfying blend of memorable characters, evocative writing, and wartime drama that seamlessly transport you to the City of Light at its most desperate hour.” —Susan Meissner, bestselling author of The Nature of Fragile Things

“Kristy Cambron deftly weaves multiple timelines to craft a story as complex and romantic and beautiful as a couture gown. In addition, Lila and Sandrine’s strength and courage in a troubled world inspire us to live likewise. Tres magnifique!” —Sarah Sundin, bestselling and award-winning author of When Twilight Breaks and the Sunrise at Normandy series

“With real-life historical details woven in with her fictional tale, the story popped off the page. Readers will be thinking of this book long after they’ve read the last word.” —Rachel Hauck, New York Times bestselling author

“A well-researched and beautifully interwoven treatise on courage and conviction in the midst of oppression.” —Rachel McMillan, author of The London Restoration and The Mozart Code 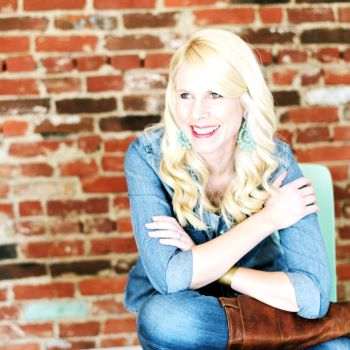 Kristy Cambron is an award-winning author of historical fiction, including her bestselling debut The Butterfly and the Violin, and an author of nonfiction, including the Verse Mapping Series Bibles and Bible studies. Kristy’s work has been named to Publishers Weekly Religion & Spirituality TOP 10, Library Journal Reviews’ Best Books, RT Reviewers’ Choice Awards, received 2015 & 2017 INSPY Award nominations, and has been featured at CBN, Lifeway Women, Jesus Calling, Country Woman Magazine, MICI Magazine, Faithwire, Declare, (in)Courage, and Bible Gateway. She holds a degree in Art History/Research Writing and lives in Indiana with her husband and three sons, where she can probably be bribed with a peppermint mocha latte and a good read.

Paris in 1939 is not a happy place for the people of Paris. WWII has brought the Nazis and all that is joyful for the populace has left the city. The great house of Chanel has closed and one of its designers, Lila is now scrounging like the rest of the residents of the city but she has also joined the Resistance. Her skills have brought her into the highest echelons of Nazi powers as she makes dresses for their wives and she passes on what she learns. But danger lurks around every corner and when an old friend –  an old Jewish friend – comes back into her life everything comes falling down.

A few years later a woman named Sandrine is working to catalog treasures to be shipped to Germany but is secretly working with the Resistance. She comes across a stunning Chanel dress that has a story to tell. It is a dress of dreams but sadly it carries a litany of nightmares in it’s seams.

As Sandrine tries to navigate the Nazis, the devastation of the War and the hope that her husband might still be alive she also tries to unravel the story of the woman who made the beautiful dress and what happened to her.

Like all of Ms. Cambron’s books this was a page turner full of loss, love and hope. I keep promising myself to not read any more WWI and WWII books and yet I keep getting sucked in due to either an author I love or through a … beautiful dress. While I had to again suffer through what the Nazis wrought upon France and especially on the Jews I did find that this was a very compelling read. Ms. Cambron draws her readers in with dramatic story lines and well drawn characters. 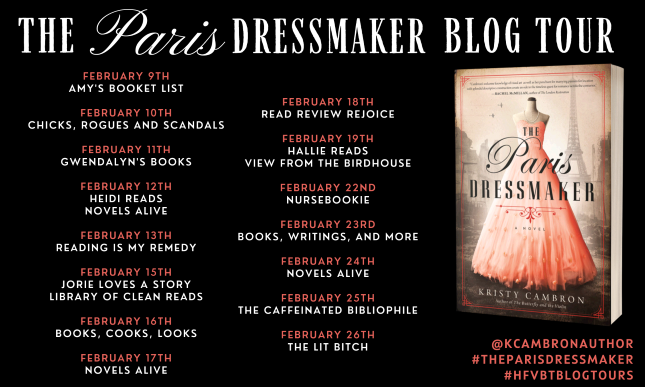