I am making a concerted effort to read more about American history and this month I have a number of non fiction books on my schedule. The Patriots by Winston Groom is the first. I thank TLC Book Tours for sending me a copy at no charge for my honest review. 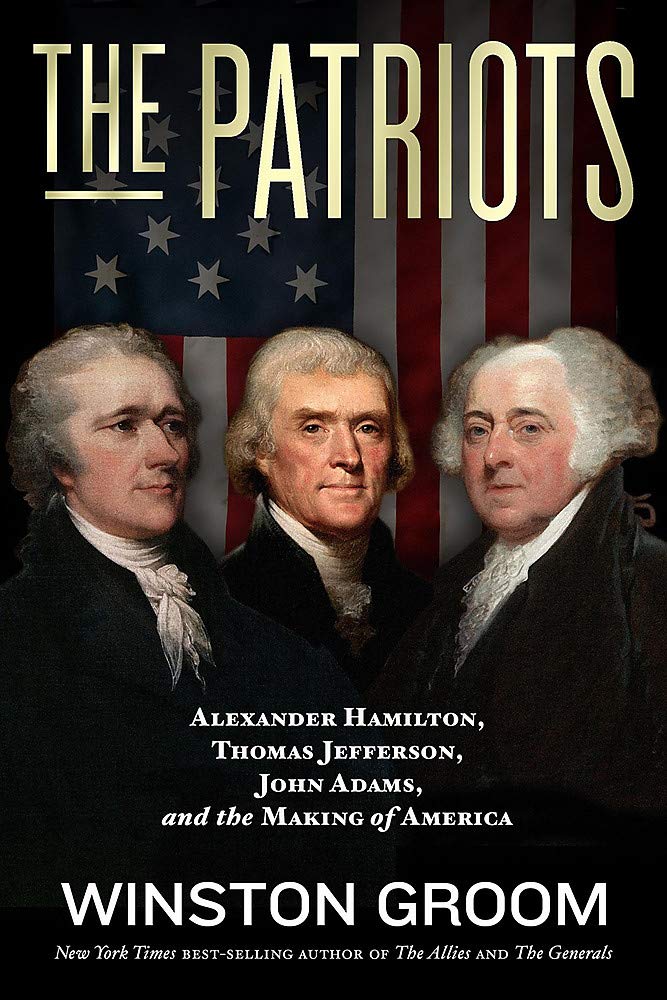 In this masterful narrative, Winston Groom brings his signature storytelling panache to the tale of our nation’s most fascinating founding fathers–Alexander Hamilton, Thomas Jefferson, and John Adams–painting a vivid picture of the improbable events, bold ideas, and extraordinary characters who created the United States of America.

When the Revolutionary War ended in victory, there remained a stupendous problem: establishing a workable democratic government in the vast, newly independent country. Three key founding fathers played significant roles: John Adams, the brilliant, dour New Englander; Thomas Jefferson, the aristocratic Southern renaissance man; and Alexander Hamilton, an immigrant from the Caribbean island of Nevis. In this riveting narrative, best-selling author Winston Groom illuminates these men as the patriots fundamentally responsible for the ideas that shaped the emerging United States. Their lives could not have been more different, and their relationships with each other were often rife with animosity. And yet they led the charge–two of them creating and signing the Declaration of Independence, and the third establishing a national treasury and the earliest delineation of a Republican party. The time in which they lived was fraught with danger, and their achievements were strained by vast antagonisms that recall the intense political polarization of today. But through it all, they managed to shoulder the heavy mantle of creating the United States of America, putting aside their differences to make a great country. Drawing on extensive correspondence, Groom shares the remarkable story of the beginnings of our great nation.

WINSTON GROOM was born in Washington, D.C., but grew up in Mobile, Alabama, on the Gulf Coast. After a brief period in the Army, Groom returned to Washington, where he worked as a reporter at the Washington Star, covering the political and court beat. He enjoyed a stint in New York City, befriending and socializing with literary legends before returning to Alabama, where he settled down to writing and enjoying life. He is the author of 18 previous books, including Forrest Gump and The Aviators. 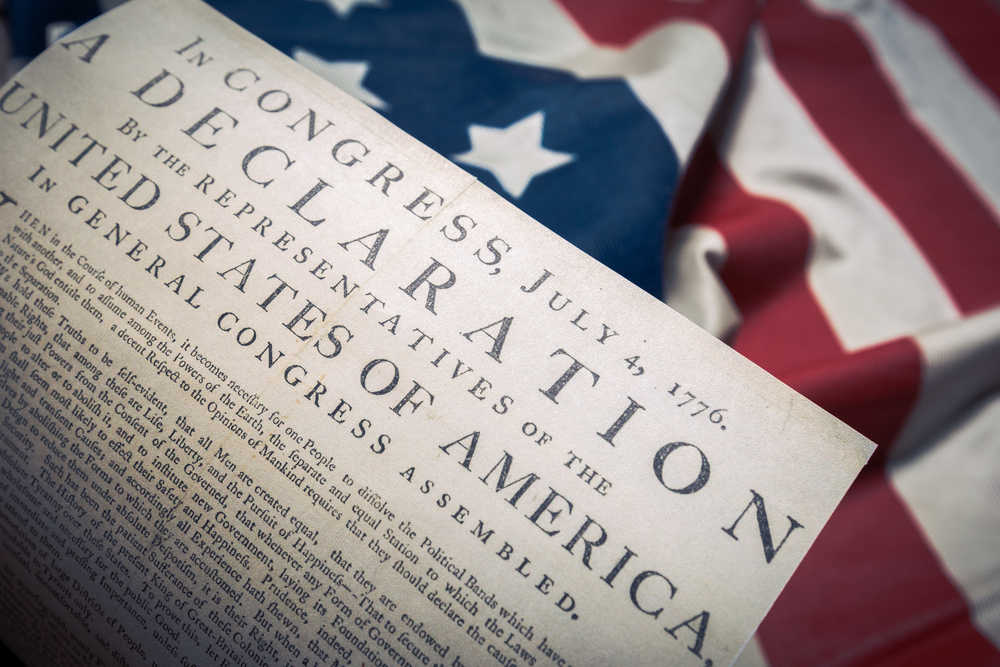 This book was so good – it’s non fiction that reads so easy. The author does an excellent job of bringing the history alive so that the reader feels like they are there with the Revolutionaries as they fight for what will become the United States of America.

The book focuses on three of our founding fathers; Jefferson, Hamilton, and John Adams. We learn a little of their early lives but while the book is about the men there is a fourth and greater character – the country. It is the separation from England and the formation of a government that seeks to unite the people as citizes of the United States rather than as colonists of England. It was not a smooth or easy process and truth be told it’s rather miraculous that it worked.

It’s been a very long time since I had any American History classes in high school and my college studies were all European history because that is were my passion lies but as I get older I find myself wanting to learn more of the truth of my own country’s history and therefore I read.

The founding of this country was an extraordinary event. The men who built it were intelligent and determined to create a new government – one without a king. They were not perfect and the country was founded on the backs of slaves – that cannot be ignored. Many of the Founders were conflicted about slavery but still owned slaves; Hamilton and Jefferson included. That is not ignored in this book but neither is it overplayed – it is what it is. They were men of their times and we cannot interject today’s mores on yesterday’s men.

I found that once I started this book I had a really hard time putting it down. It was as fascinating and easy to read as any historical fiction book. Mr. Groom brings the founding of our country alive and presents three of its Founders in well rounded ways. We revere these men as the Founders but they were just men with the temperments and foibles that go along with being human. They did not always get along and they did not always agree but they did manage to bring their diverse backgrounds together to form this great country.