The summer reading season is upon us and I am looking forward to a season of great reading. I kick it off with The Printed Letter Bookshop by Katherine Reay. I thank TLC Book Tours for sending me a copy at no charge for my honest review. 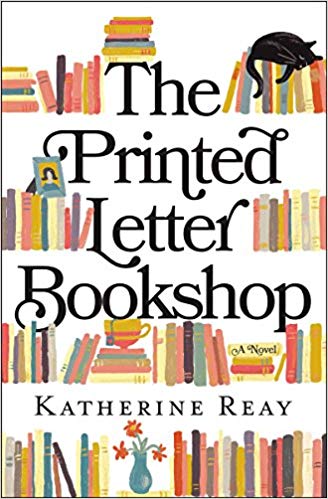 About The Printed Letter Bookshop:

Love, friendship, and family find a home at the Printed Letter Bookshop

One of Madeline Cullen’s happiest childhood memories is of working with her Aunt Maddie in the quaint and cozy Printed Letter Bookshop. But by the time Madeline inherits the shop nearly twenty years later, family troubles and her own bitter losses have hardened Madeline’s heart toward her once-treasured aunt—and the now struggling bookshop left in her care.

While Madeline intends to sell the shop as quickly as possible, the Printed Letter’s two employees have other ideas. Reeling from a recent divorce, Janet finds sanctuary within the books and within the decadent window displays she creates. Claire, though quieter than the acerbic Janet, feels equally drawn to the daily rhythms of the shop and its loyal clientele, finding a renewed purpose within its walls.

When Madeline’s professional life falls apart, and a handsome gardener upends all her preconceived notions, she questions her plans and her heart. Has she been too quick to dismiss her aunt’s beloved shop? And even if she has, the women’s best combined efforts may be too little, too late.

Katherine Reay’s first novel, Dear Mr. Knightley, was a 2014 Christy Award Finalist and winner of the 2014 INSPY Award for Best Debut as well as Carol Awards for both Best Debut and Best Contemporary. She is also the writer behind Lizzy & Jane, The Bronte Plot, A Portrait of Emily Price and The Austen Escape – all contemporary stories with a bit of “classics” flair. Katherine holds a BA and MS from Northwestern University and is a wife, mother, runner, former marketer, avid chocolate consumer and, randomly, a tae kwon do black belt. After living all across the country and a few stops in Europe, Katherine and her family presently live outside of Chicago.

My Opinion of The Printed Letter Bookshop:

The Printed Letter Bookshop is a story told through the lives of four women; 3 living and one who has died. The chapters alternated between the voices of the three living women; Janet and Claire who work in the titular bookshop and Madeleine, the niece of the owner. Well the deceased owner – Maddie is the fourth woman but she has died and left her bookshop and house to her niece whom she hasn’t seen in about 16 years.

Madeleine is a lawyer working in the city and can’t imagine why her aunt left her the bookshop. Janet and Claire have complicated family lives and also know that the bookshop is not financially stable so they fear its sale by the new owner. They soldier on though, hoping that all can remain the same.

Madeleine has an upset at work so she heads to the small town where the bookshop is located to see what is like and how sale-able it might be. While there she learns that her aunt was much beloved in the community but she was not the best businesswoman. She starts to learn the business and she gets to know the women running the shop and the enigmatic landscaper who helped to care for her aunt in her last days. The longer she stays the more she realizes that her aunt might have known her better than she knew herself.

Each chapter focuses on a different woman and her life as it advances the plot. Little tidbits of their lives are parceled out so the reader is always thinking about the interrelationships. None of the women seem to think they need any help or support but of course they really need each other. Maddie, although dead, still plays a vital role in the story as her legacy and her love is what is still binding them all together. Each one learns to love, forgive and trust not just the others but in herself. It is a story about finding love and not just the romantic kind although there is some of that too.

Overall a very satisfying, quick read that made my afternoon go by. I’d be happy to visit this bookshop