I received a free copy of The Prodigal Son from Historical Fiction Virtual Book Tours for my honest review. 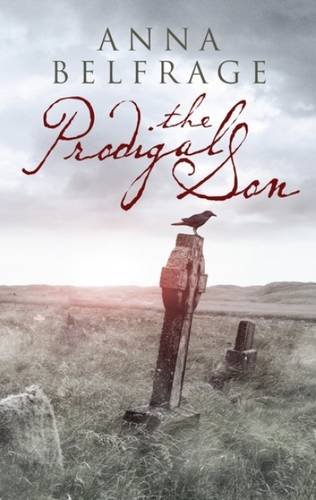 Safely returned from an involuntary stay on a tobacco plantation in Virginia, Matthew Graham finds the Scottish Lowlands torn asunder by religious strife. The government of His Restored Majesty, Charles II, requires all his subjects to swear fealty to him and the Church of England, riding roughshod over any opposition.

In Ayrshire, the people close ranks around their evicted ministers, stubbornly clinging to their Presbyterian faith. But disobedience comes at a price – a very steep price – and as neighbours and friends are driven from hearth and home, Alex becomes increasingly more nervous as to what her Matthew is risking by his continued support of the clandestine ministers – foremost amongst them the charismatic Sandy Peden.

Privately, Alex considers Sandy an enervating fanatic and all this religious fervour is totally incomprehensible to her. So when Matthew repeatedly sets his faith and minister before his own safety and therefore per extension her safety and the safety of their children, he puts their marriage under severe strain.

The situation is further complicated by the presence of Ian, the son Matthew was cruelly duped into disowning several years ago. Now Matthew wants Ian back and Alex isn’t entirely sure this is a good thing, watching from a distance as her husband dances round his lost boy.

Things are brought to a head when Matthew yet again places all their lives in the balance to save his dear friend and preacher from the dragoons that chase him over the moor.

How much is Matthew willing to risk? How much will he ultimately lose?


I was raised abroad, on a pungent mix of Latin American culture, English history and Swedish traditions. As a result I’m multilingual and most of my reading is historical – both non-fiction and fiction.

This is my second book of Ms. Belfrage’s – I read Like Chaff in the Wind last year and found myself immersed in the tale of Matthew Graham and his wife Alexandra. Matthew is a man of 17th Scotland and Alex a woman of 20th century England. A very severe thunderstorm sent her back in time where she landed at his feet. They soon fell in love and Alex learned to adapt to a world without modern conveniences.

In this third volume of their story Matthew has been returned to his home after having been kidnapped and sold into bondage by his brother, Luke. Alex rescued him and all seems well. Except for Matthew’s assisting the Presbyterian ministers that have been outlawed by the restoration of King Charles II. He is constantly being harassed by the local constabulary and hauled in for questioning. Alex fears for his life and their safety. When they learn that Luke may behind much of the pressure their fears increase but Matthew refuses to compromise his beliefs – even for his family.

This sets Alex on edge and she finally gives him an ultimatum. Will he abide by it?

I found I enjoyed this volume more than Like Chaff in the Wind. It still had an overwhelming feeling of fear and oppressiveness due to hatred of Matthew’s brother (seriously – is he deranged?) but there were some periods of lightness and hope. I do like Matthew and Alex as characters and the inclusion of young Ian – I can’t say much about him without spoiling plot points –  in this tale made the family complete. It can be read as a stand alone; the back story is integrated very well.  I’m very much looking forward to their further adventures as the book includes a look at the next story in the series.

You can see The Prodigal Son Tour Schedule

You can read my review of Like Chaff in the Wind

One lucky reader will win a copy of The Prodigal Son. How do you win? It’s easy – just hop on the Rafflecopter. Good luck everyone!

Disclosure: I received a free copy of The Prodigal Son from Historical Fiction Virtual Book Tours for my honest review.  I received no compensation for this post.