I have read and enjoyed several of Lucinda Riley’s books so when offered her latest, The Royal Secret I was thrilled. I thank the publisher for sending me a copy at no charge for my honest review. 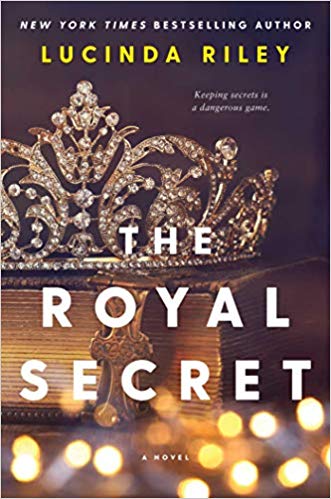 About The Royal Secret:

Keeping secrets is a dangerous game.

When Sir James Harrison, one the greatest actors of his generation, passes away at the age of ninety-five, he leaves behind not just a heartbroken family but also a secret so shocking, it could rock the English establishment to its core.

Joanna Haslam, an up-and-coming reporter, is assigned to cover the legendary actor’s funeral, attended by glitzy celebrities of every background. But Joanna stumbles on something dark beneath the glamour: the mention of a letter James Harrison has left behind—the contents of which many have been desperate to keep concealed for over seventy years. As she peels back the veil of lies that has shrouded the secret, she realizes that she’s close to uncovering something deadly serious—and the royal family may be implicated. Before long, someone is on her tracks, attempting to prevent her from discovering the truth. And they’ll stop at nothing to reach the letter before she does.

Lucinda Riley is the New York Times bestselling author of over twenty novels, including The Orchid House, The Girl on the Cliff, and the Seven Sisters series. Her books have sold more than thirteen million copies in over thirty languages globally. She was born in Ireland and divides her time between England and West Cork with her husband and four children. Visit her online at LucindaRiley.com.

I have read several books by Lucinda Riley and have enjoyed them. This latest of hers is somewhat different from her other books so I was quite intrigued. Anyone who enjoys historical fiction and theatre is going to find a story about a famous actor and a possible link to the highest levels of the royal family to be a tale worth reading.

When James Harrison dies, his funeral is news for more than one reason; he was one of the great actors of his day, his son is a famous Hollywood actor and his granddaughter is an up and coming actress in her own right.  A reporter attends hoping to get a photo but she finds much more. Joanna is working for a tabloid but hopes to grow in her career so as to not have to chase photos of film stars. At the funeral she helps an older woman who gives her a letter that sends her down a rabbit hole of a story that will definitely change her life.

Joanna finds herself getting involved with Mr. Harrison’s granddaughter Zoe. She is also childhood friends with Simon who says he’s a civil servant but he actually works for MI-6.  When she asks him to help her discover the story behind the letter he tries to get her to back off but she is determined. As she digs deeper and deeper she draws them all into a secret that could be devastating to the country.

This is a truly difficult book to explain in a couple of short paragraphs. There is a lot going on; a couple of main plots and several significant subplots. Ms. Riley handles all of the intertwining stories quite well as she slowly and deliberately develops the story to the end. I will admit that the end to one of the stories was not a surprise but the overall ending of the book was a doozy. All in all a twisty, entertaining read.